Every summer my hometown becomes a beacon for balloonists.   The tradition of ballooning in Middletown, Ohio goes back to the early 1990s when the the The United States National Hot Air Balloon Championships were held here for 3 straight summers.  The city would roll out the welcome mat for dozens upon dozens of balloonists and their crews.  My wife's family business sells propane, something balloonists need to light their burners, so her family met many balloonists and my brother-in-law and father-in-law became crew members themselves eventually.  Meanwhile, I was a cub reporter during those days with our local paper and I had the chance to go on a media flight.   My appetite for adventure, I suppose, trumped my hatred of heights.   My balloon, due to the wind conditions that day, never got much above 900 feet.   My mother, on the other hand, took a balloon ride that same summer and soared to over 6000 feet.  For comparison, Mt. Mitchell, the highest point east of the Mississippi is 6,684 ft.  Although I don't like heights if I'm going to take a hot air balloon ride, might as well go 6000 feet high.

The annual Ohio Challenge  is an attempt to connect on a smaller scale with those glory days my city once captured.  For one weekend each summer balloonists descend upon the town for a festival and some competition.

I'm sure readers will get tired of me saying it one of these days, but everything old is new again when you have a baby.  Aster was rapt and mesmerized by the colorful balloons billowing into the sky.  At times she seemed more interested in the small helium balloons other older children were carrying around on the grounds, but she warmed up to the big balloons by the end of the festival.

With a large population of Old German Baptist Brethren just to my city's northwest the festival is a magnet for Plain people of their persuasion.  I spotted several Brethren families on blankets watching the festivities or just strolling the grounds.

And of course, festival food has some Plain influences and I'll put that in a separate post today!:) 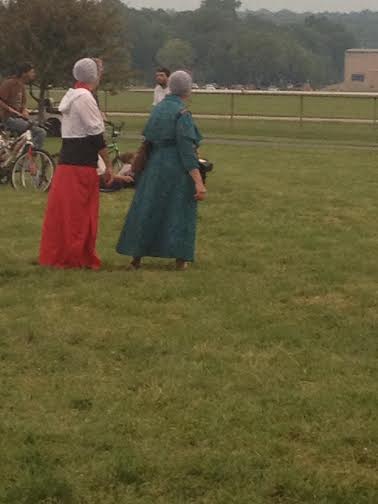 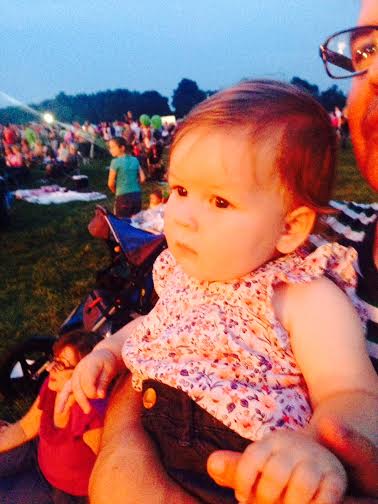 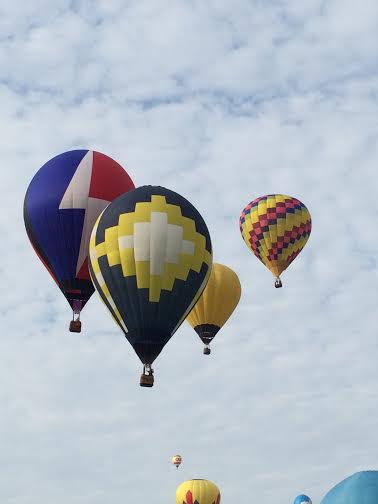