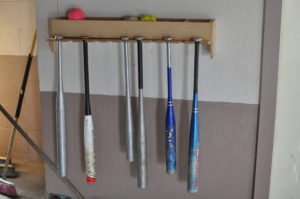 Greetings from Flat Rock.Saturday was a special day for all of us, a highlight for the entire church. It was the day for our annual end of the year school picnic. In the forenoon the schoolchildren presented a program followed by a delicious lunch and softball games.Everyone was anxious to see what the weather would be like. With a 90% chance of rain it looked quite bleak to think of having any decent ballgames.

On Saturday morning Julia woke up and asked: "Is it raining? "

"Yes, it's raining right now, but God can make the rain stop if he decides that's best, "I explained.

People began arriving at the school house at 8 AM. We eagerly anticipated listening to the children's songs and the poems they had memorized. Finally it was time for them to line up front. First, we sang a few congregational songs followed by a brief devotional, then the 21 scholars along with the two teachers (which included my husband Daniel) rose to their feet and began the program with a round song. I loved listening to it as the notes blended harmoniously with the upper graders singing different stanzas than the lower graders. 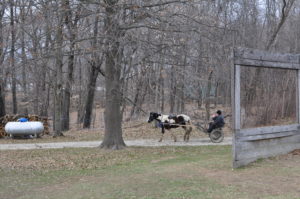 The program generally lasts an hour or so. This year it was about having a "servant heart", out for the good of others. The teachers had picked out songs and poems to go with their theme. It all blended together well and truly was a motivator to serve others, regardless of who or where we are. I especially enjoyed watching the little childrenAfter the program it was time for a game of softball. Amazingly enough the rain had slowed down to a light drizzle by then. We were delighted that the weather cleared enough  for the upper graders to play a game against their fathers. It was the game we were all eagerly waiting to watch and see how it would turn out. We clapped and cheered for the children as they enthusiastically dug in to do their very best. They certainly did a fantastic job, their points soaring as they kept making good hits, including some grand slams. The dads tried their best as well, yet it was obvious that they weren't as young and limber as the children. Neither did they have as much practice as they undoubtedly did during their teen years.At the end of the seventh inning the students had beat their dads by a good number of runs. We all cheered and clapped even the dads joined in to clap for them. Of course the Dads, even though they lost, couldn't help but be glad for them as well.

By the time the ball game had ended our stomachs were growling and we were all ready to dig into the scrumptious lunch awaiting us.

Mmmmm, talking about some tasty food! From grilled chicken to mashed potatoes, vegetables, salad, and dessert it was all there. We young married ladies each made a dessert so there was a wide variety ranging from rhubarb pie, Reese's cake, jello desserts to Amish baked apple pudding and cheesecakes (no calorie counting please!). It certainly was a feast worth waiting for.

After our tummies were filled we had more interesting ballgames, especially the one which the lower graders played against your mothers! Now that was worth watching! This time it was the mothers he tried to keep up with their children. At the end the mothers won by a point.

Thankfully we didn't have too much rain just a light drizzle, not enough to bring the games to a halt. Some of us watched from the lien two of the barn while others found shelter in an enclosed trailer. They needed one more shelter for the ones in the other ball diamond, someone suggested pulling a buggy over to it. They picked one out with large windows and yes it certainly worked well, even though it was a comical site.

Try this recipe for baked apple pudding served at the luncheon for dessert. Yum!