Well, the more things change, the more they stay the same. I just looked back at the top Amish365 recipes for 2017 and four of the five recipes on the 2017 Top 5 list held on to stay on the 2018 Top 5.   One newcomer knocked a casserole off the list.  Let's go over the winners.

The number one recipe of the year was...drumroll: 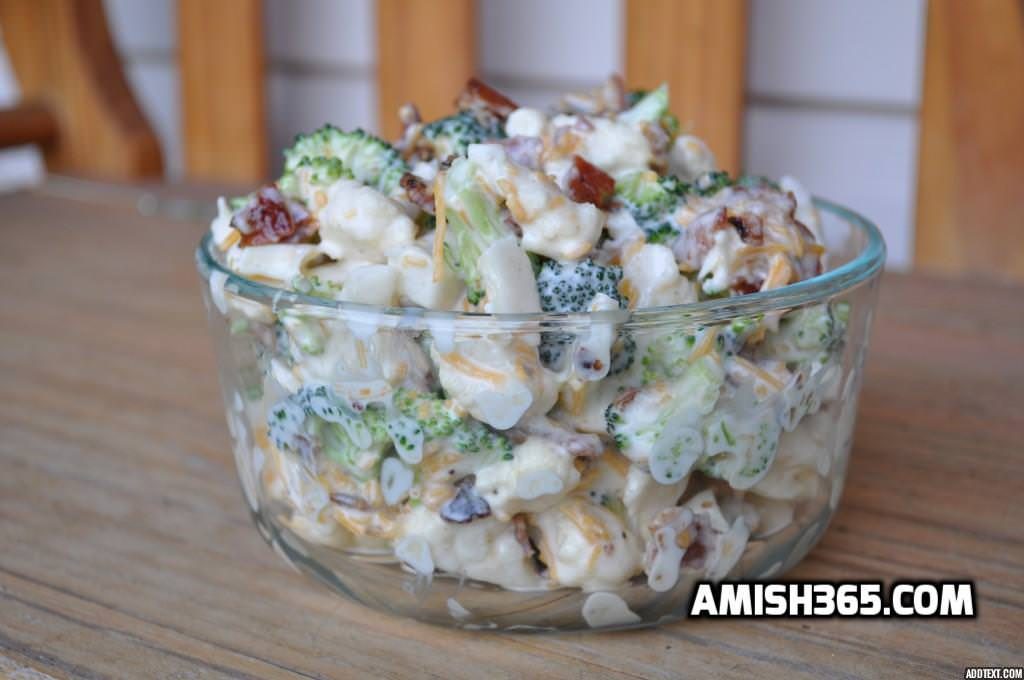 BEAUTIFUL BROCCOLI SALAD:  No other recipe came close to this perennial powerhouse.  This has occupied the top spot much of the decade.  In 2016, it was #3, but in 2017 and 2018 it was #1.  And it was #1 in 2014 and 2015.  This broccoli salad is amazing in its taste, it's versatility. I mean, it makes such as a great of an addition to Christmas dinner as it does to your Fourth of July picnic.  You can use veggie bacon in it instead of real.  You can throw some raisins in.  It's just a very versatile recipe, colorful, and tasty. So, here we go again, click here for this perennial favorite!

BROWN SUGAR ICING:  This recipe was a super surprise.  It did make an honorable mention list last year so I knew it was gathering strength, but it was strong enough to muscle marriage meatloaf off the list for the first time ever.    So, to sweeten your cakes and breads, try this amazing icing!

BUTTERSCOTCH CREAM PIE:  I'm surprised, but this recipe once again makes the Top 5. I think it's got a lot of Pinterest popularity, for some reason, that drives traffic to the site.  I love butterscotch, I just didn't realize so many others did.  Click here for the recipe.

AMISH PEANUT BUTTER COOKIES:  This recipe came out of nowhere to knock a casserole favorite off the list.  I guess there's not much better than tried and true peanut butter cookies. Click here for the recipe.