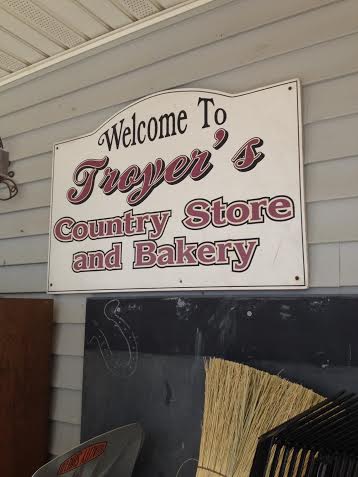 Troyer's Country Store just south of Milroy, Indiana is in most ways your typical Amish bulk food emporium.  It's not a very big store, but it packs a lot into its square footage.  There are rows of bulk foods: flours, spices, candies, and other sundries.  There are bolts of fabric, mainly dark blacks and browns for the Amish clientele that shop there.  Although I was perplexed by the presence of purple and green feathered boas sharing the same rack as charcoal-dark Amish coats. (see photos below) 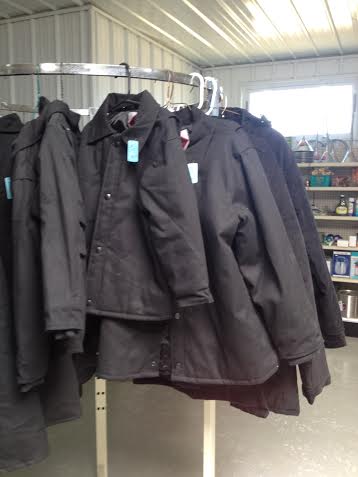 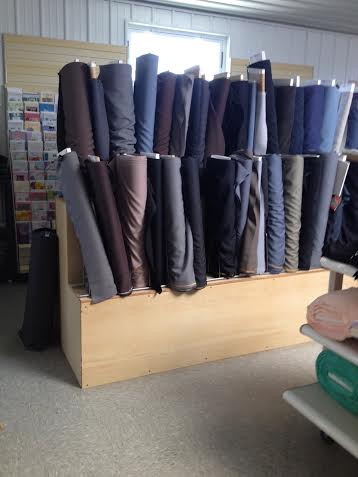 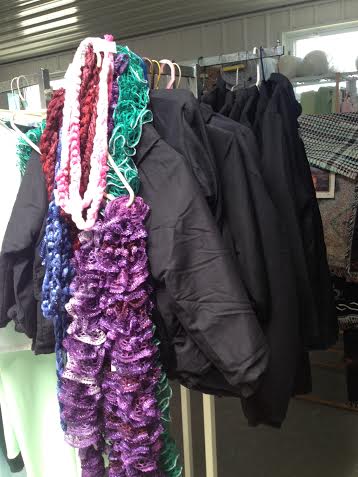 But that's the fun of these variety stores,  there are always surprises.

We stopped into Troyer's after the annual auction.  I had spoken on the phone before with owner Norman Troyer, but never had the pleasure of actually visiting the store.  It was closing in on 3 p.m. and the harried Amish woman running the register answered a weary "yes" when I asked her if auction day was the busiest day of the year for them.  Lots of traffic from the auction spills over into nearby Amish businesses.

Aster provided the entertainment for everyone during the long wait in line.  I was thirsty so bought myself a can of Pennsylvania Dutch Birch Beer (not sure if I had sampled that before, it's good...pretty much root beer with a bit more kick). 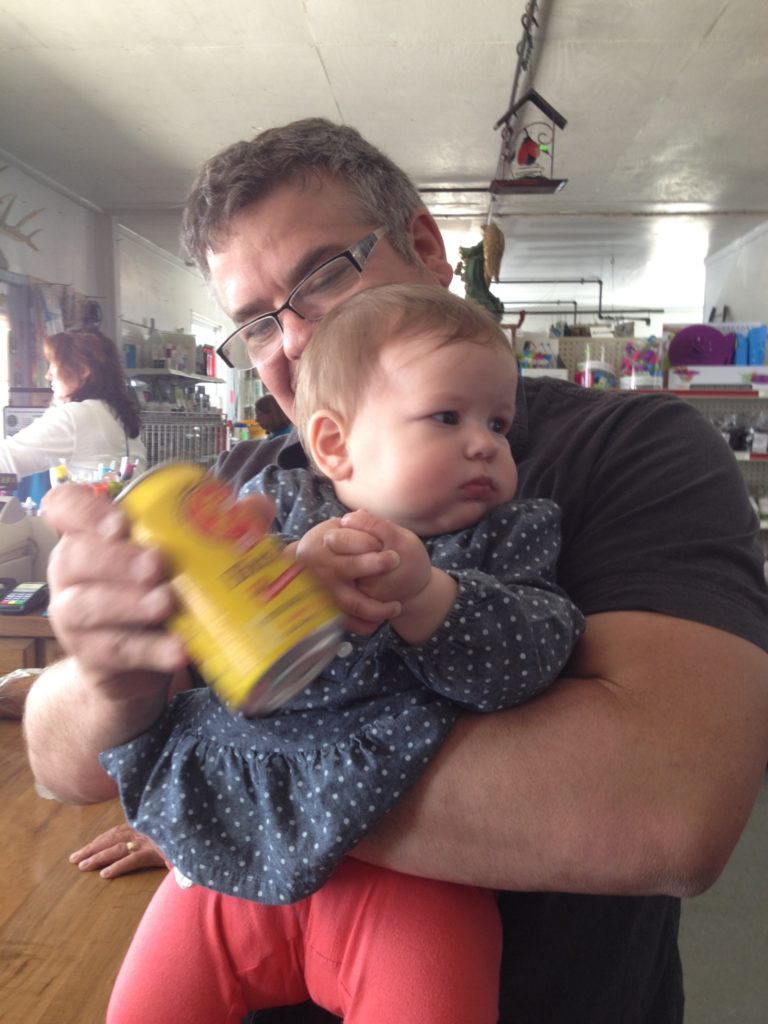 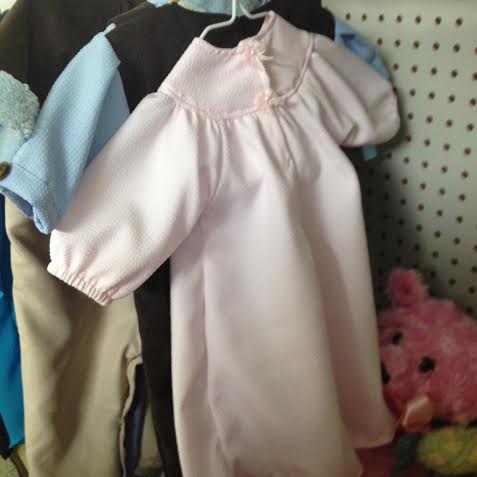 She kept trying to wrest it away from me while letting loose a loud delighted warble each time she touched the cold can.

The store has a bakery and deli.  You can order made-to-order custom-made sandwiches, so Rachel and I had them do a couple of cheese sandwiches for the road.  Tomorrow I'll post about some of their baked goods.   Milroy is a more progressive settlement than most.   Many Amish here don't have an objection to being photographed (still, always ask).  Troyer's accepts credit cards ( a rare but growing trend among Amish businesses) and some of their lights are diesel-generated (I presume) electric lighting.    Other scenes from Troyer's I thought I'd share are below.