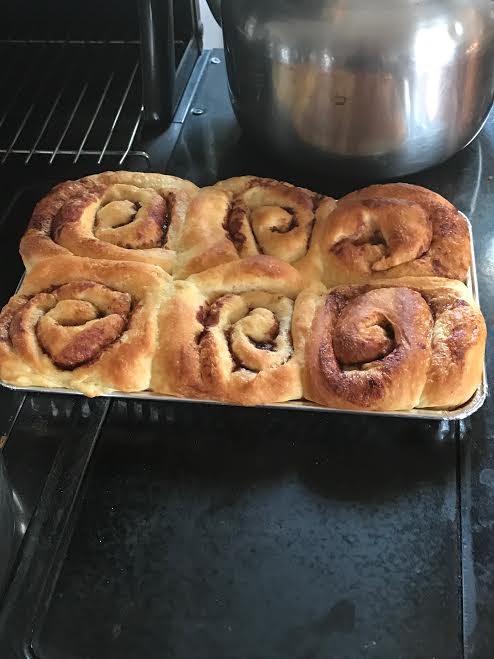 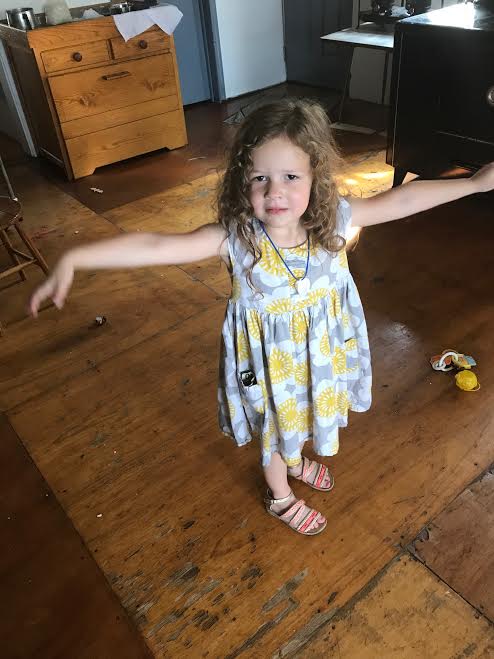 Aster dancing around the kitchen. 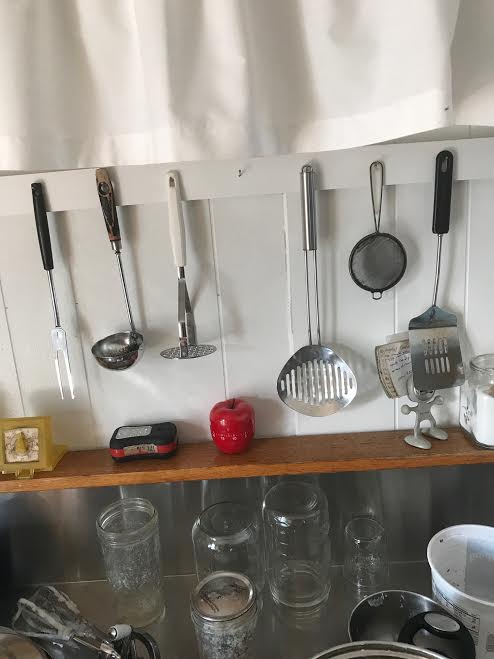 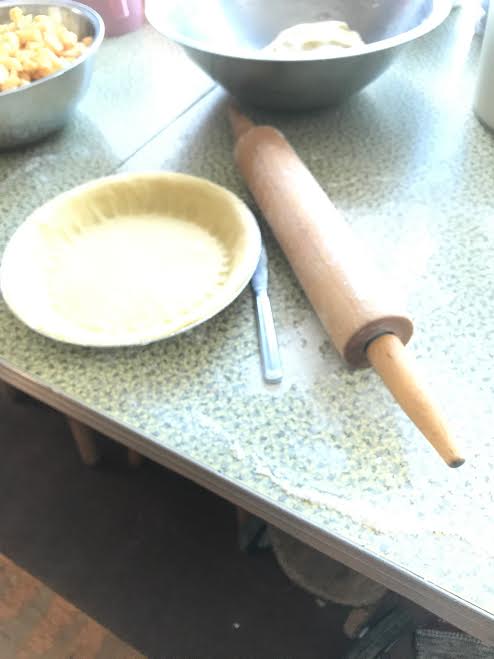 Barbara Yoder was gracious enough to show us her kitchen and talk to us about her baking.  She effortless made a pie crust as she talked to me and dodged endless questions from Aster.  Yoder's pie crusts all are made with lard, so you'll get a flaky, wonderful taste that only lard can deliver.  Finding pie crusts made with lard are more and more rare these days, so you'll want to try a pie from Yoder's! Here are some scenes from the bakery: 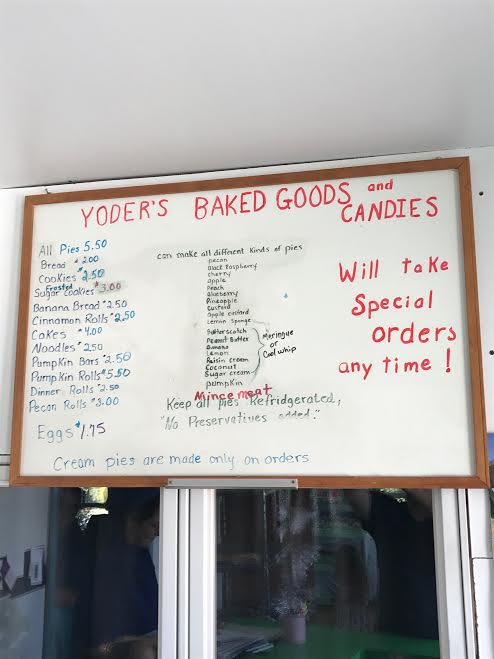 I asked Barbara about favorite desserts in their household and one of the things she told me about was an easy "apple crumb" that they make which is really like a pie in a pan without the crust.  Sounds yummy, I was trying to transcribe notes, listen to her, watch Aster, not the easiest, so I got the gist of her recipe and compared it with others I found on line and was able to patch together a pretty good replica.

Preheat oven to 400. Grease a large baking dish with butter and set aside. Place the peeled and sliced apples into a medium saucepan with the water,  sugar, lemon juice, cinnamon and nutmeg. Bring to a low simmer for 5-10 minutes or until just softened. Drain off the excess liquid. Place the stewed apples into the baking dish. To make the crumble, place the oats, brown sugar, plain flour and butter into a bowl. Use your fingers to squeeze and break up the lumps of butter until crumbs have formed and all of the oats and flour are completely combined with the butter . Sprinkle the crumble over the apple and place into the preheated oven.Cook for 35-40 minutes or until the crumble is golden and crunchy. Serve immediately with ice-cream or cream.