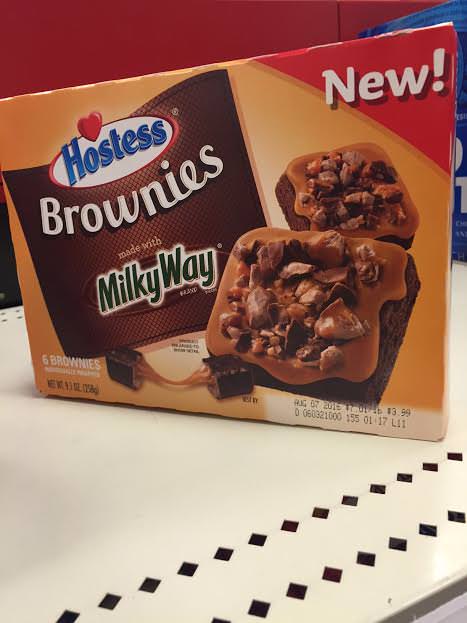 Has anyone tried these Milky Way Brownies?

SIGH, I saw these Hostess Milk Way bars in the store recently.  Has anyone tried them?  I didn't buy them,  I generally don't anymore. I eat too many Amish baked goods as is and if I wanted a box of those, I'd probably just make something homemade anyway.  Still, there's something about these prepackaged snack cakes that conjure up childhood memories of summer innocence and school lunches that are hard to suppress.  My grandma even called them "lunch cakes."  Easy, quick, sweet, here are 5 favorites of mine from my childhood and two Amish copycat recipes!

HOSTESS KING DONS:  I think they were once known as Ding Dongs. but I'm not entirely sure about that.  Still, for almost every school lunch when I was in the eighth grade I downed chocolate milk and two King Dons. I know, not very healthy.  I doubt my parents knew, they gave me lunch money and I don't think I made it a point to go home and say "Hey, I had chocolate milk and King Dons" today.  No wonder I had afternoon sugar crash during science class.  I'm not sure I've had a King Don in the past 30 years but for one glorious year they were my go-to lunch buddy.

HOSTESS HO-HOS:  Granted, these aren't much different than King Dons,but maybe a little less ostentatious in their chocolately, creamy grandeur.  Weren't these individually wrapped in foiled also? There was something about that unwrapping of he crinkly foil and getting this swirly chocolate cylinder that just made life so good.

LITTLE DEBBIE ZEBRA CAKES:  My freshman year I switched to these in the school cafeteria, convincing myself that white milk and a zebra cake was a healthier option than King Dons and zebra cakes. Where was Michelle Obama when I needed her?  (I'm joking, don't take that as a political comment either way!)

BANANA TWINS:  Mmmmm, these spongy, banana-tasting cakes were a nice alternative to anything chocolately.

Twinkies didn't make my top 5 list ,although I do have a fondness for them.