By Kevin Williams
Let's check out what is on the docket this week for Amish in the News.  First off, let's check in with Millie Otto...but stay tuned for Birch Beer BBQ Sauce!

MILLIE'S MOUNTAIN COOKIES:   Millie Otto is an Old Order Amish writer in Illinois who shares glimpses of her life with us each week, and a recipe or two.   Plain writers pick up the pen and give us different perspectives.  Here is a snippet of Millie's column this week:

Our garden is almost done for this season. I still have a few beets out there that I want to can.
I am working on getting the sweet corn stalks hauled off. They are dry and brittle and seem not to have much feed value left. I still give some to Diamond. He chews around on them, gives him something to do. The rest I haul up to Lloyds' trash pile.
Soon I'll have the garden all cleared off. It just doesn't seem possible. Did I even have a summer?? Where did it go??
Wow, I sure agree with her there...summer was a blur.....The Mountain Cookies do sound interesting.  Click here to check out the recipe and the rest of Millie's column. 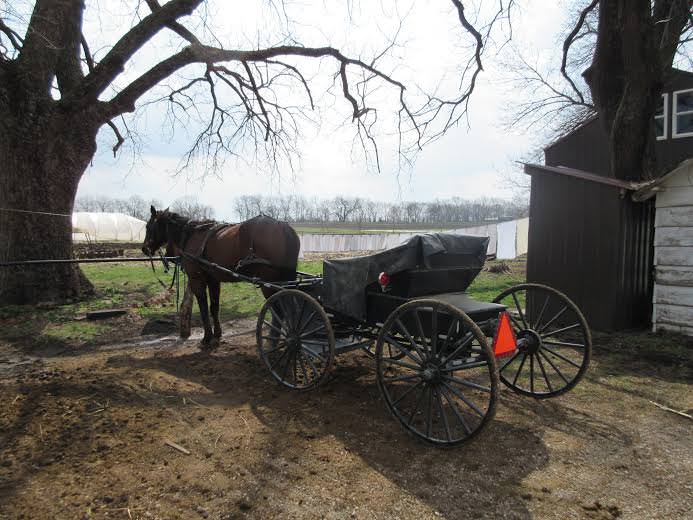 MENNONITE MEMOIRS:  I continue to be captivated by this woman's writing.  I love it because Rosanne is Old Order Mennonite and, to my knowledge, there simply hasn't been a mainstream newspaper writer who is OOM.  So, through her column, we get to see a part of the Anabaptist church that doesn't have nearly as much information available about it...and Rosanne does a superb job of filling us in.  I love how this week she wrote a "letter to August." Brilliant. Here is an excerpt:
Dear August,
You are getting old. The crickets are singing away your last full night. Cradled in the lap of summer, your days are too soon gone. Our little grandchildren ran barefoot in all your weeks. If they wore shoes in your few chilly mornings, they were soon kicked aside.
Clouds laughed across your sky and the sun blazed from it. In your days, the chattering of purple martins and barn swallows quieted as they took to the sky for migration to a land where heat like yours never goes away. But bluebirds linger with us, coming for a drink at my birdbath.
I just think she writes superbly, check out the rest of her column here.
EASY PENNSYLVANIA DUTCH APPLE COBBLER:  Why is this in the "news" section, well, I found the recipe in a newspaper this week, but the format of the recipe was pretty wonky and all it did was really just link back to this tourism site, so I thought I'd do the same...the recipe sounds amazing, so, courtesy of Jefferson County, Pennsylvania's tourism board, check out this superb-sounding PA Dutch Apple Cobbler. 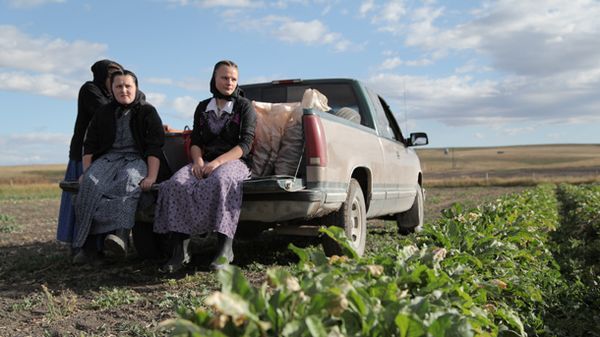 Hutterites are a Plain sect similar to the Amish.

Hutterite communities have long interested me because the Hutterites are very closely related to the Amish and Mennonites. The Hutterites come from the same Anabaptist roots as the Amish but they took a different path centuries ago and developed a communal culture.They dress plainly, but they have adopted most modern technologies, in some cases very cutting edge technologies, but unlike the Amish they are communal. The concept is quite fascinating.  The Amish definitely cultivate community, but they are very capitalist. An Amish worker will try to make as much money as they can for their family. That’s their sole goal. Meanwhile, in a Hutterite colony, the goal is to earn as much for the colony as possible. In return, all the members needs are taken care of:  food, spiritual, social, and everybody pitches in.  In some ways it just sounds so, so, idyllic.  In many ways it is small-scale Communism.  Communism didn't work because people at the top enriched themselves, developed authoritarian tendencies, etc....I am not sure if some of those same dangers come into play in Hutterite colonies.
Anyway, because of the communal nature of Hutterite colonies, everybody is in very close quarters. They eat in the common dining hall, attend church together, attend funerals, etc. Basically, Hutterite life is a playbook for everything you shouldn’t do during Covid, so I am not surprised the colonies have been hit hard.
From the CBC:  Hutterites are communal and interdependent economically and spiritually. They eat, work and worship together. So one of the hardest parts of isolation was staying away from other family members and children in the colony.
Click here to read about how COVID has clobbered the Hutterites.
This next article is about how the Hutterites in Manitoba have had their lives turned upside down...An excerpt:
Hutterites are a religious minority who live in colonies that collectively own virtually all property; residents work, eat, worship and socialize in large groups.
The typical colony houses six to 12 families in a remote area. While Hutterites sell agricultural goods and take advanced schooling in cities, their main purpose for travelling is to visit relatives in other colonies across the Prairies.
Click here to read the whole article from the Winnipeg Free Press. 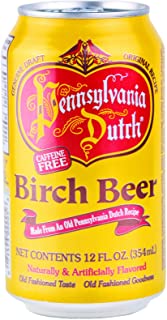 Birch Beer (order some from our Amazon Affiliate link here)

PENNSYLVANIA DUTCH BIRCH BEER BBQ SAUCE:  Wow!  The article describes the difference between birch beer and root beer and then shares an amazing recipe for Birch Beer BBQ Sauce!.
Root beer is made from a concoction of different roots and plants that include anise, cinnamon, ginger, juniper, dandelion, vanilla, sarsaparilla and a once primary ingredient, sassafras. It is naturally non-caffeinated, although some soda manufacturers add caffeine.
Birch beer is made from boiled birch sap or the roots and twigs of the birch tree. Birch flavoring is often used in making root beer and the two beverages have a similar taste. True birch beer, unlike root beer, contains no other roots for flavoring.
Click here for the whole article and recipe.
And if you you just want a classic AMISH BARBECUE SAUCE RECIPE, try this!
« Visit to a Preble County, Ohio Amish Refrigerator
Beverly Lewis: Review of The Tinderbox »