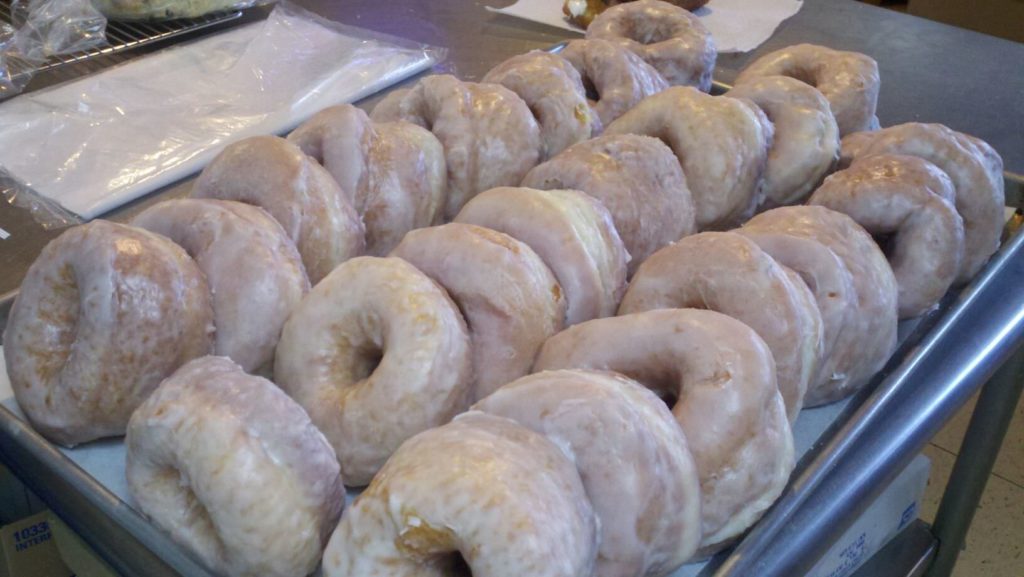 When you've been to as many Amish settlements as I've been to, you inevitably will taste a ton of doughnuts.  Really, is there such a thing as a bad doughnut?  I've not found one yet.  There are some doughnuts though that really stand out to me.  And, yeah, I'll join the masses who rave over the Rise N Roll Cinnamon Caramel Doughnuts in Shipshewana, Indiana.   Man, one taste of those cinnamon dusted, caramel filled doughnuts will have you reeling.  Interestingly, that isn't the first place I tasted them.  I was visiting an Amish home in Milroy, Indiana and the Amish woman I was meeting took a box of the doughnuts out of her freezer.  She had been in Shipshewana previous to my visit and picked up the doughnuts and frozen them so she could have a quick, easy dessert for company.  And I fit that bill.  Man, one taste of those....pure amazingness.

There is a small Amish-owned apple orchard in southern Michigan that serves the most amazing homemade "cider doughnuts" but they only do it, I think, on Fridays and Saturdays during the autumn apple season.  But I'd put those at the top of my list also.

I've made these doughnuts before and they are awesome.  For me, I've not worried in the past about using a "doughnut cutter" to get these perfect round doughnuts. You certainly can, but you can also just cut the dough into whatever shape you want, deep fry them, and glaze them. They won't be as pretty as the ones you see there, but they'll be no less delicious!