Wow, I was blown away recently when reader Nana from Ohio shared with me that she is using a Dutch oven that is likely over 150 years old.  Can you imagine that?   She said she enjoys imagining how many meals it has cooked in all those years and the changing cuisine that it has seen.  Let's think about it.  A Dutch Oven that old would have been manufactured around the time of the Civil War.

The Dutch oven was manufactured by Griswold Manufacturing Company in Erie, Pennsylvania.

" I cannot truly verify the age of the dutch oven but I am 70 and my mom would have been 96 if living and the piece was her mother's so I think within the range."

Nana lives in Eastern Ohio among Amish farms and within a few hours of Erie.  Nana shared some other fascinating thoughts about her dutch oven:

"I used the piece extensively when my family was all home. Too large now for one little old lady but I still have a sentimental attachment. I like to think back to the meals it has seen and sort of let my imagination wander to maybe different type of meals ie: squirrel and rabbit, and chickens that had to be killed and dressed. My dishes were more along vegetable soups and stews, beans, and pot roasts. In the late seventies and early eighties when utilities began to rise in prices  and I was younger  we did have a wood/coal stove in our basement as an auxiliary heat source and I did cook on it using the dutch oven. It acts like a slow cooker of today's use and I found the lid to be nearly airtight so had qualities of a pressure cooker without the obvious valve. It has a few  interior pit marks which I am assuming came from salted liquids, but don't really know that either,"

Man, I am just blown away by that.   Not all historical pieces move me in that way, but there's something so basic and universal about cooking.  Looking at that dutch oven I can do just what Nana does and picture the various dishes made over the years.  Can any of you out there top a 150 year old dutch oven?

This recipe came to me from a Mennonite woman in Missouri, but it likely has its origins on the range when it was cooked over an open fire.  The woman left very spare instructions, not sure what "cook until done" means. Moderate oven would be 350.  Maybe use the toothpick test to tell when done? 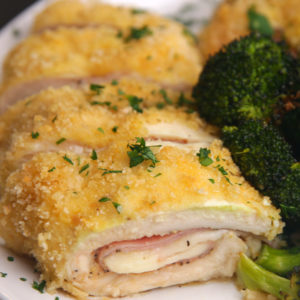 Tried this recipe?Let us know how it was!
« Amish Amazon: Reese's Amish Fudge, Tomato Jam, Give Me This Mountain, and More!
Delbert's Ribs, Brisket and Home Place Wonderfulness! »