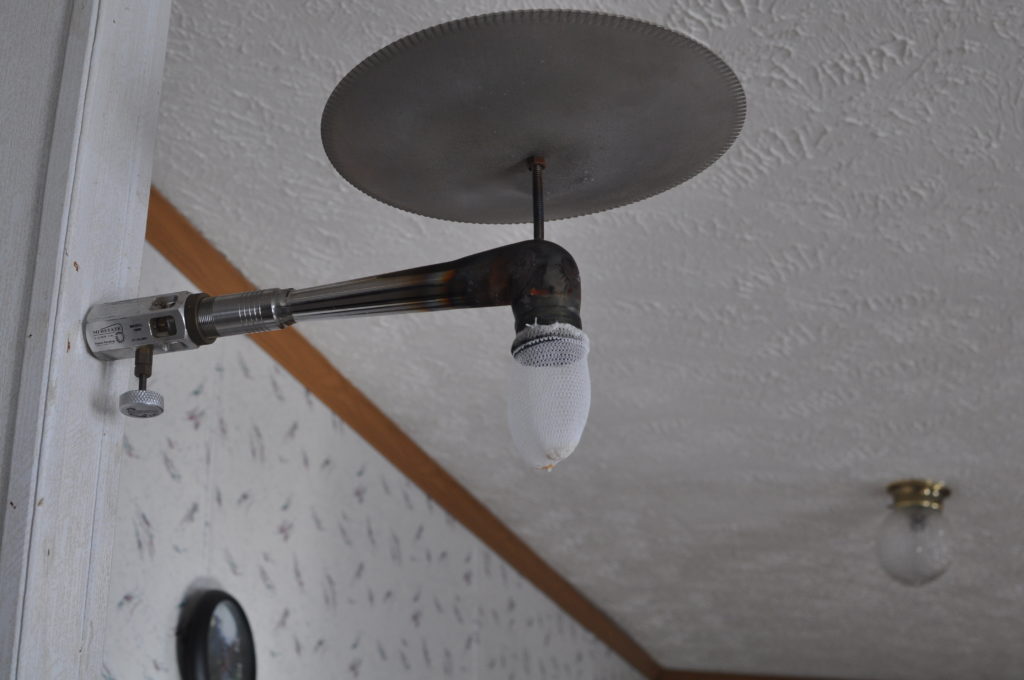 The Old Order German Baptist church does not allow electricity, they instead rely on gas lights like this one in the Burns home.

Living in Southwest Ohio I am quite familiar with the Old German Baptist Brethren. Large populations of Brethren live in nearby Preble County.  And  Plain-dressed people are a frequent site at area malls and festivals.  But going back to the late 1980s I had heard of a small group of Plain people in my area that, like the Amish, still used horse and buggy as their main mode of transport and rejected horse-drawn buggies.  But I had never seen them. The group is very small and I’ve tried to find them before with no success.  I learned later that this group is called the Old Order German Baptist Brethren and they split off from the Old German Baptist Brethren in 1921 generally over the issue of automobiles. My interest was further stoked in them by an article in National Geographic several years ago about a group of Old Order German Baptists who live in Mississippi.

This is a wonderful 2 minute mini-documentary about the OOGBs near Hot Coffee, Mississippi (who can resist any town named Hot Coffee, the only thing better might be a town called Cold Coke).  The settlement is pretty much defunct with just one family remaining.  But it's still considered a separate church district.  I'll write more about the Hot Coffee community in an upcoming post as part of this series.

I found myself at Doug's Lawnmower Repair last week only minutes away from busy Troy, Ohio.  Some had told me recently that Doug was a member of the OOGB church. It was a frigid February day and I mused that Doug's was probably about a month or two from being packed busy. But the parking lot was empty now.   I quickly located Doug who graciously answered some questions from me about the church.  I noticed that unlike most Brethren men I had met over the years he did not have a beard, so I asked about it (SIGH, an awkward part of my job, having to ask a perfect stranger about their facial hair 60 seconds after meeting them for the first time)

"It's encouraged, but not required, " Doug Burns told me.  He added that members of the ministry in the church were required to grow a beard. I didn't ask him why he had chosen not to.  If I grow a beard, it makes me look 20 years older (no thanks), so maybe it was for a reason like that. But it's interesting that the beard is optional. 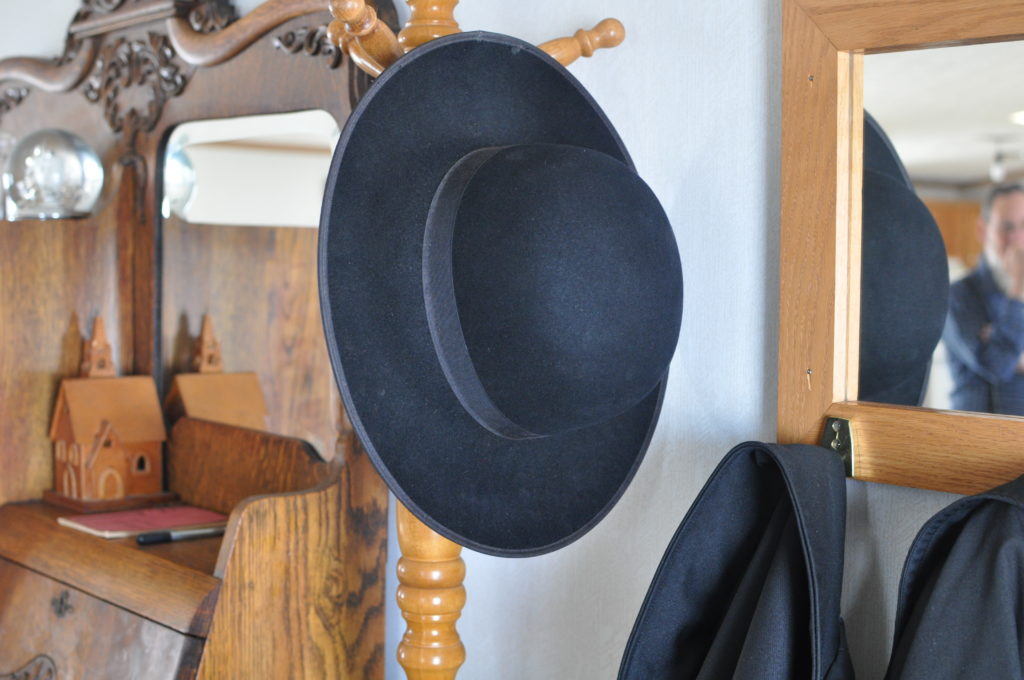 I asked him if their church were affiliated with a church of similar style near Delphi, Indiana.

"Oh, no, those are the Old Brethren German Baptists," Doug informed me.  That church split off in 1939 generally over the use of tractor use, which is still forbidden in Delphi but used in Ohio.  Doug suggested I go talk to his father next-door for more information.

Donald Burns became bishop of the Covington, Ohio OOGB church at age 39 in 1979 and 36 years later he is still officiating church business.  The bishop will go by the less formal title of 'elder in charge' because one of the differences between the Amish and the Brethren is that the church is very much consensus-based.  The practice of holding an annual meeting to discuss church business is a cornerstone of the faith.    The annual meeting is very much like the one in the Old German Baptist Brethren Church, just scaled down without the massive numbers of people.  There are only three church districts of OOGBS: the Painter Creek District, Covington, and Oak Grove.  All three districts are clustered around Covington and Gettysburg, Ohio in rural Darke and Miami Counties.

"We don't like to make any changes unless everyone agrees," Donald said.

Donald Burns was very gracious in letting a total stranger (me) into his house and visit.  We had a long conversation and I took a lot of notes, here are some highlights of the conversation:

1)  Unlike the Amish church, the OOGB does not practice shunning.  Burns said they prefer to reach out with love and caring.  If a problem just can't be resolved, a member can be removed from the church, but those cases are rare. "Circumstances alter cases,"  Burns says, explaining that each situation is different.

2) Like the Amish, OOGB children only attend school through the eighth grade. In the OOGB community, the children attend public school.  Donald Burns said that the landmark Supreme Court case, Yoder vs. Wisconsin, applied not just to the Amish, but their church and others as well.

3)  Church members are baptized into the faith by triple body immersion, usually in a "swift flowing stream."  And he said they'll do it on a cold winter day in icy water if circumstances dictate.   Donald remarked that the person being dunked often isn't as cold as the minister doing the dunking.  "At least the person being baptized is fully in the water, it's colder being half in and half out," he chuckled.

4)  Unlike the Amish, OOGB services are held in English.  Donald said that decision was made generations ago because "it's difficult to be a witness to the rest of the world if few people can understand you."  Outsiders are welcome at services and there are some converts to the church.  Outsiders who try to join the Amish church are often foiled by the language barrier, but no such barrier exists among the OOGBs.

5)  The OOGB church doesn't allow automobile ownership, but they do allow limited local travel by tractor.  And phones are permitted, but they are housed in sheds away from the home.

Hard working and humble, Donald and his wife, Mary, raised 7 children.  He worked a traditional job in nearby Troy for over 30 years.   I'll be posting more installments about my visit to this church over the days ahead, so stay tuned! 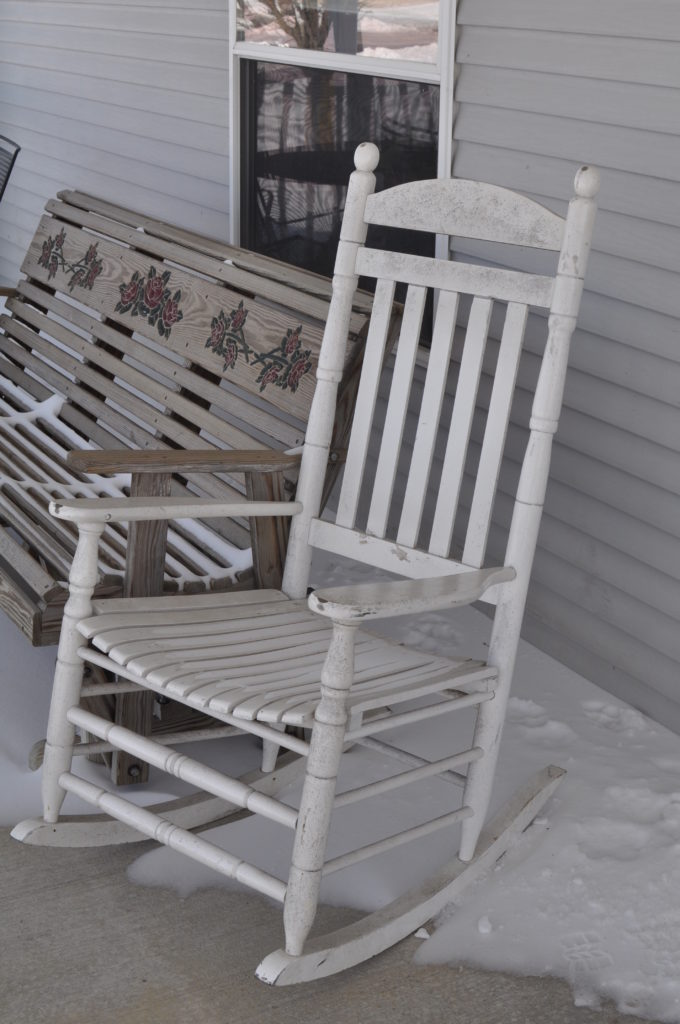 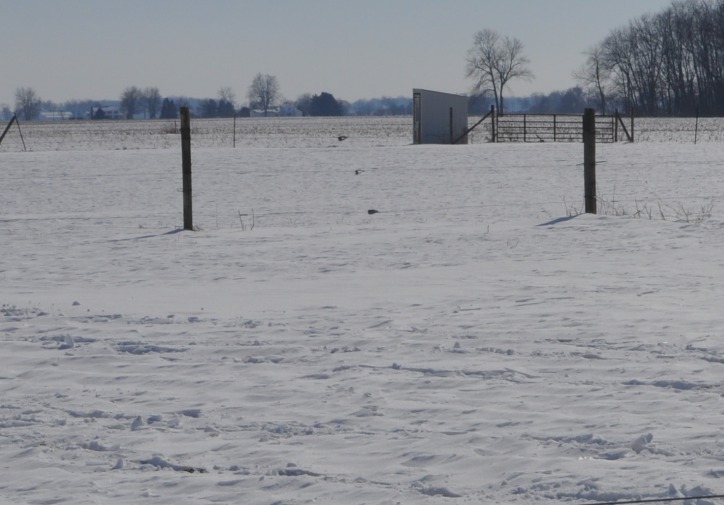 A phone shed in a distant snow-covered field