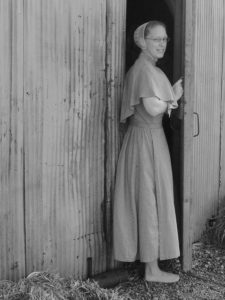 New this year at the Garnett Farmers Market:  Market Meals in a Box.  These are best described as a hybrid between Hamburger Helper and CSA boxes.  The market organizes and assembles a ready-to-make meal from fresh ingredients found that day at the market. Your purchase gets you a box filled not just with a 30 minute meal idea but also the recipes and fresh, local ingredients to fully assemble a main dish, side dish and dessert for 4 to 6 people.  Not only that, but the profits from the box sales go toward improvements for our not-for-profit farmers market. I t's a groundbreaking concept for a small town like Garnett, but we believe that it has a lot of potential for large or small communities. 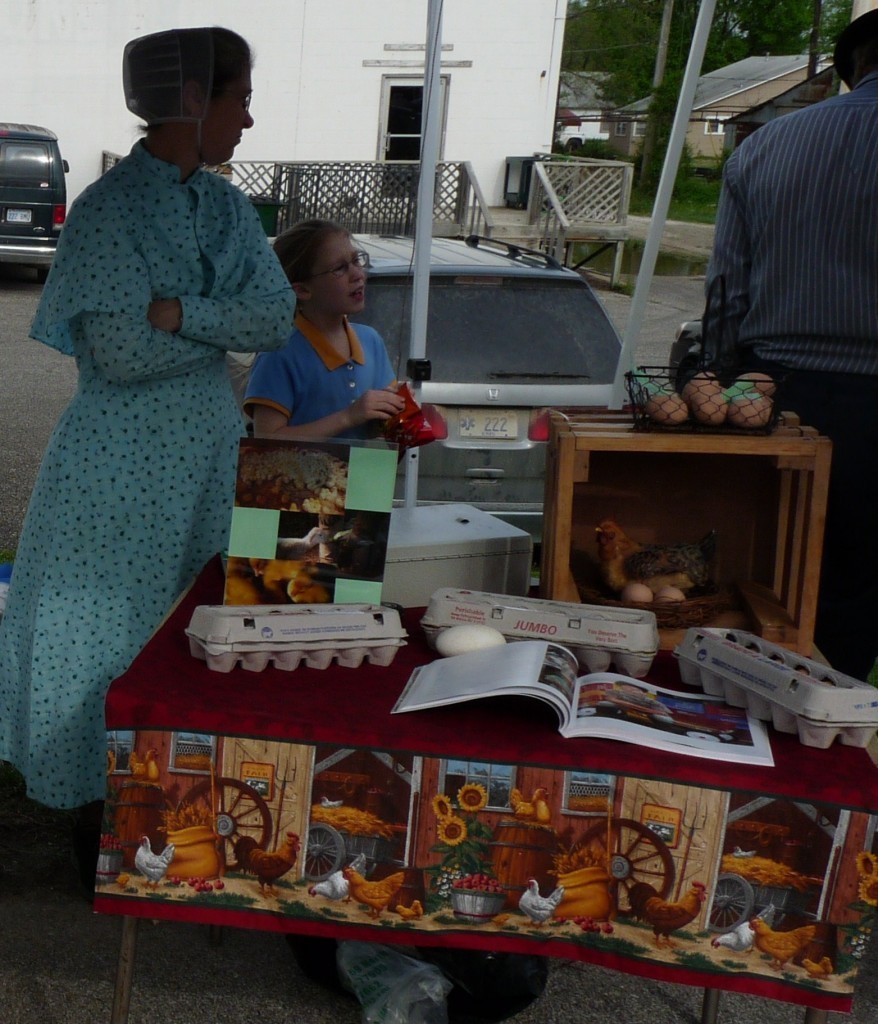 Rosanna and her younger sister, Joanna, at their Farmers Market booth back in 2013

This coleslaw with red beets was part of our menu last week. Cabbage is in season, as well as carrots, red beets are too, but folks rarely do anything with this lovely vegetable besides pickling. We featured it in the slaw to demonstrate its versatility. It gives the coleslaw a lovely rose color, but doesn’t imitate red cabbage. We used prepared ranch dressing instead of a from-scratch mayonnaise dressing because the focus is on quick and simple recipes. Not only that, but ranch makes a really good coleslaw dressing. We paired the slaw with BLT sandwiches that featured our own house-smoked bacon, my cousin’s homemade bread and my neighbor’s lettuce and tomato. We finished the meal with  small fruit pies from my cousin’s bakery. Next time you are shopping at the farmer’s market, try thinking about total meal menus, rather than recipe ingredients. You’ll be amazed at what you can source from the local farmers . Enjoy this recipe for homemade red beet cole slaw!