I’m not entirely sure why, but I rarely have to identify myself on the phone.
(No, it’s not because of caller ID, either!) When calling businesses, friends, or even acquaintances who
couldn’t possibly have my number in their phone, they quite frequently say my name before I do.
Apparently, I have a unique voice tone, but I have never gotten up the nerve to ask anyone to describe
what makes it so distinctive! 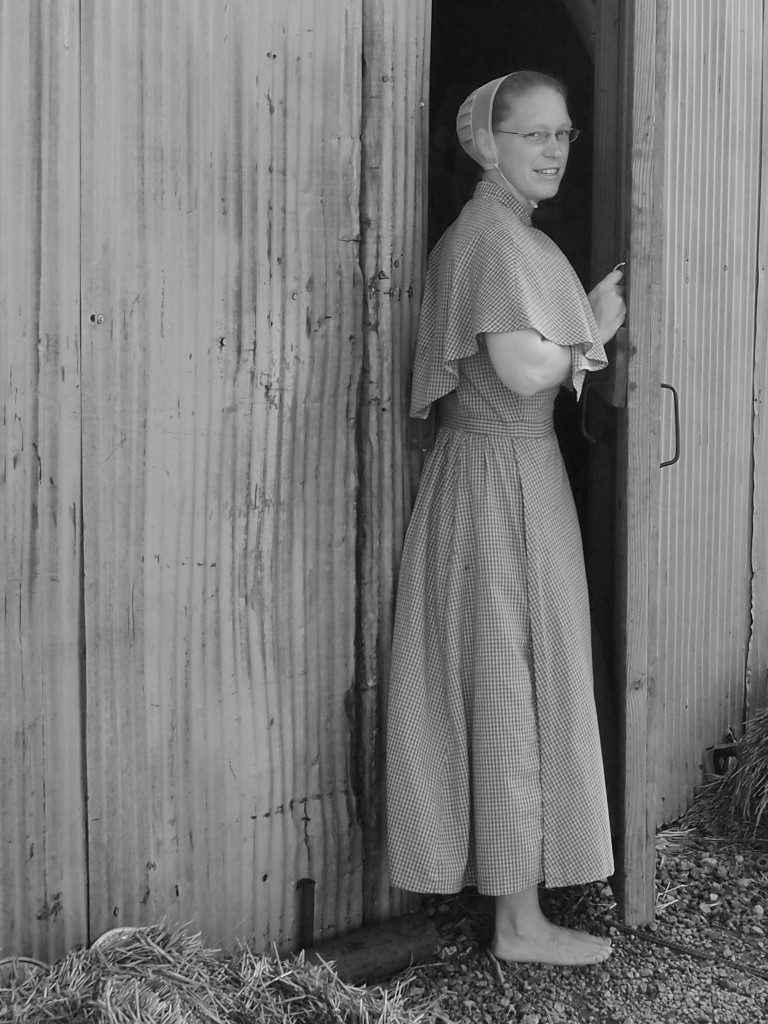 My written voice is also distinctive, so I’m hoping folks remember me now that I’m returning from my
2017 “sabbatical”. While I appreciated the break from writing, I’m looking forward to this weekly
message again, mostly for the creative outlet. I have rather fallen into the task of general manager here
at the farm, which means I spend an inordinate amount of time in government paperwork and
financials. That’s why I’m back to writing: numbers tend to make me grumpy, and I get much more
satisfaction out of words!
So, what’s happened lately, besides being stuck in the farm office? The biggest thing is that our family
has expanded to 14, 15 if you count our foster brother, Frank. My brother Steven surprised himself and
started dating a longtime local friend last February and they were married just after Thanksgiving. My
new sister-in- law, Courtney, is a very wonderful young woman who is not only a godly and upbuilding
influence for my brother, but is also a very enthusiastic and talented farmer. We welcome the addition!

My mother’s little puppy disappeared at the first of the year, returned to our delight, and then died at
the end of the year. Our family completed our move into our neighbor’s house, then repaired the old
farmhouse for my oldest brother, Marvin and his family. It’s so much fun to have the three little nieces
about the farm each day! We made a farm goal of “no new enterprises!” last year (an extremely hard
thing for a Bauman to say) and just focused on doing things better.
In addition to my usual travels to various states, I was blessed to travel internationally twice last year. In
February, I went to visit my friend Sylvia at her home in Uganda. (I met her a year previously, in
Germany, oddly enough!) My brothers Ivin and Kevin, along with sister-in- law Emmalee and five other
friends accompanied me for the two-week trip. (Most notable was Erlene, my grandma’s 75 year-old
friend!) That life-changing visit lead to hosting three Ugandan farmers for training at our farm for ten
days in July.

We decided to keep one on as our farm mechanic, so we applied for visa paperwork for
Frank, whom is now an honorary Bauman. In October, I traveled with three other girls and spent a week
visiting my cousin at her home in southern Mexico, where they have the distinction of being the only
German Baptists native to Mexico.
That’s the biggest highlights from 2017. My daily life is honestly, just as amazing, so I’m glad to be able
to share again in this space. Last Sunday was my dad’s birthday, and as is traditional, we celebrated with
birthday pies, not cakes. One of the pies I made was Rhubarb Custard Pie. It’s family favorite, but it also
resembles my daily life: surprisingly simple, sweet and creamy-smooth custard surrounding little chunks
of sour, and best of all, served as pie! And here, you’ll get to savor a slice of my life with me. 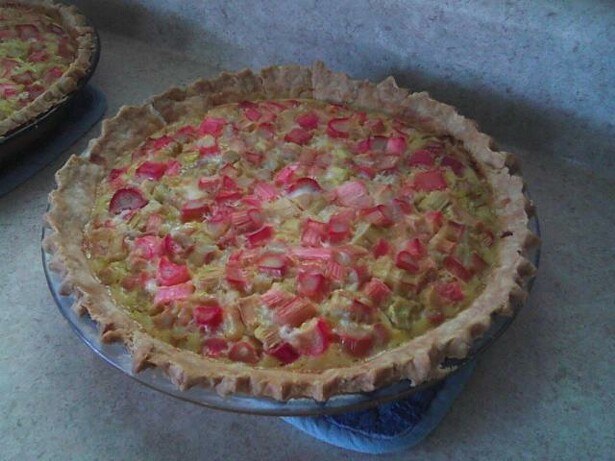 This is NOT a photo of Rosanna's pie, but this is a photo of an Amish-made rhubarb-custard pie just to give you an idea.