WEIGH-IN:  Weird, in my email blast, the weigh-in link worked for some people, others it brought them here.  So click here if you want to read my weigh-in.

I received an email the other day from a woman expressing interest in joining the Amish church.  The note made me think of the list I posted last week about the 5 Amish settlements that seem most welcoming to outsiders joining.  If you missed the list, you can see it here.   So, is there an opposite list?  A group of communities that if you were non-Amish and thinking about joining the Amish where I'd warn you away from?  Yes.  Now, keep in mind, these are only settlements that I have been to.  I've been to a lot, but not all.

I debated calling this post the five most “unfriendly” Amish settlements, but I didn’t think that was really fair.  Firstly, the Amish are, by their nature, an insular culture.  Insular means just that: not very open.  Secondly, there’s no rule saying the Amish have to roll out the welcome mat to tourists, outsiders, and researchers.  Pop culture (TV, movies, websites, newspaper columns, Amish fiction, etc) has put a tremendous amount of pressure on the Amish to be open and accessible to the media, to tourists, to bloggers like myself. And the reality is that they have every right to close the door and remain insular.  That said, if I were a convert choosing an Amish settlement to join I’d likely not choose one of the places on my list below.  In most of the communities listed below I have met some wonderfully friendly people but, on balance, the place as a whole was pretty closed.  So here is the list: 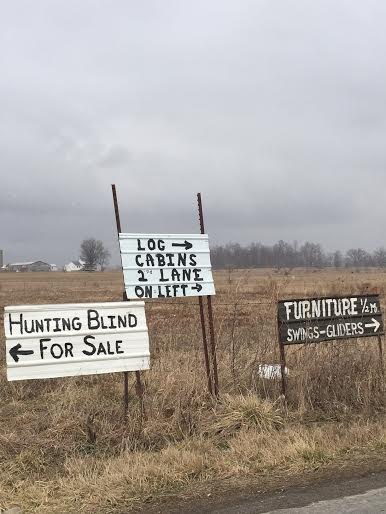 A few Amish sell wares to outsiders in Degraff...

DEGRAFF, OHIO:  I didn’t spend a lot of time here, but in my short stay just a few weeks ago I realized that this settlement was a “tough nut to crack.”  In fact, someone I know who has a spent a lot of time among them commented that this was the most conservative settlement she’s ever been to, including the ultraconservative Swartzentrubers.  So my own findings mirror what others have told me for years about Degraff. 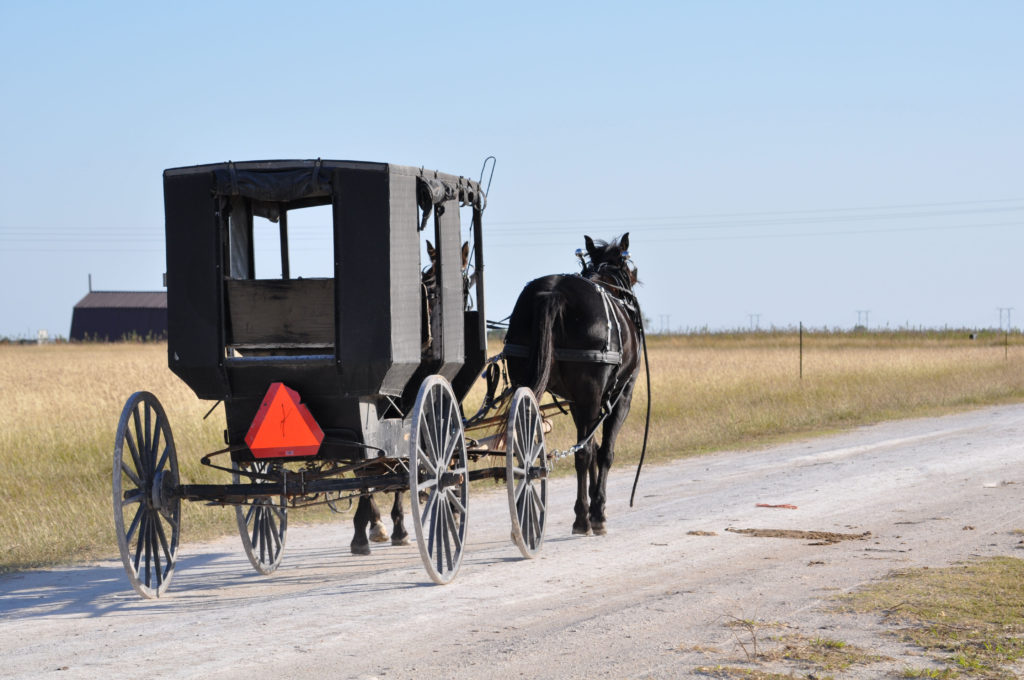 A buggy heads down a driveway in Beeville, Texas

BEEVILLE, TEXAS:  This was a close second and I debated moving it to the first spot.    The Beeville settlement is very insular and generally consists of families that are all part of one extended family.  When I visited Beeville I was met gruffly and suspisciously by the bishop.  He eventually warmed up somewhat and everyone I met there was friendly to a point (although I was rarely allowed inside a house and the women were generally invisible).  There was one very friendly family there, but they’ve since moved.

CONEWANGO VALLEY:  I think this would be a tough settlement to join as an outsider.  It’s isolated, sprawling and people seem pretty set in their ways.  It’s a very conservative community.

BERNE, INDIANA:  Again, some extraordinarily friendly people here and I do know of converts who have joined in Berne’s settlement. But it wouldn’t be among my top picks.  There’s a very clear hierarchal structure in this community and people are pretty set.  I think this would be a tough community to join.