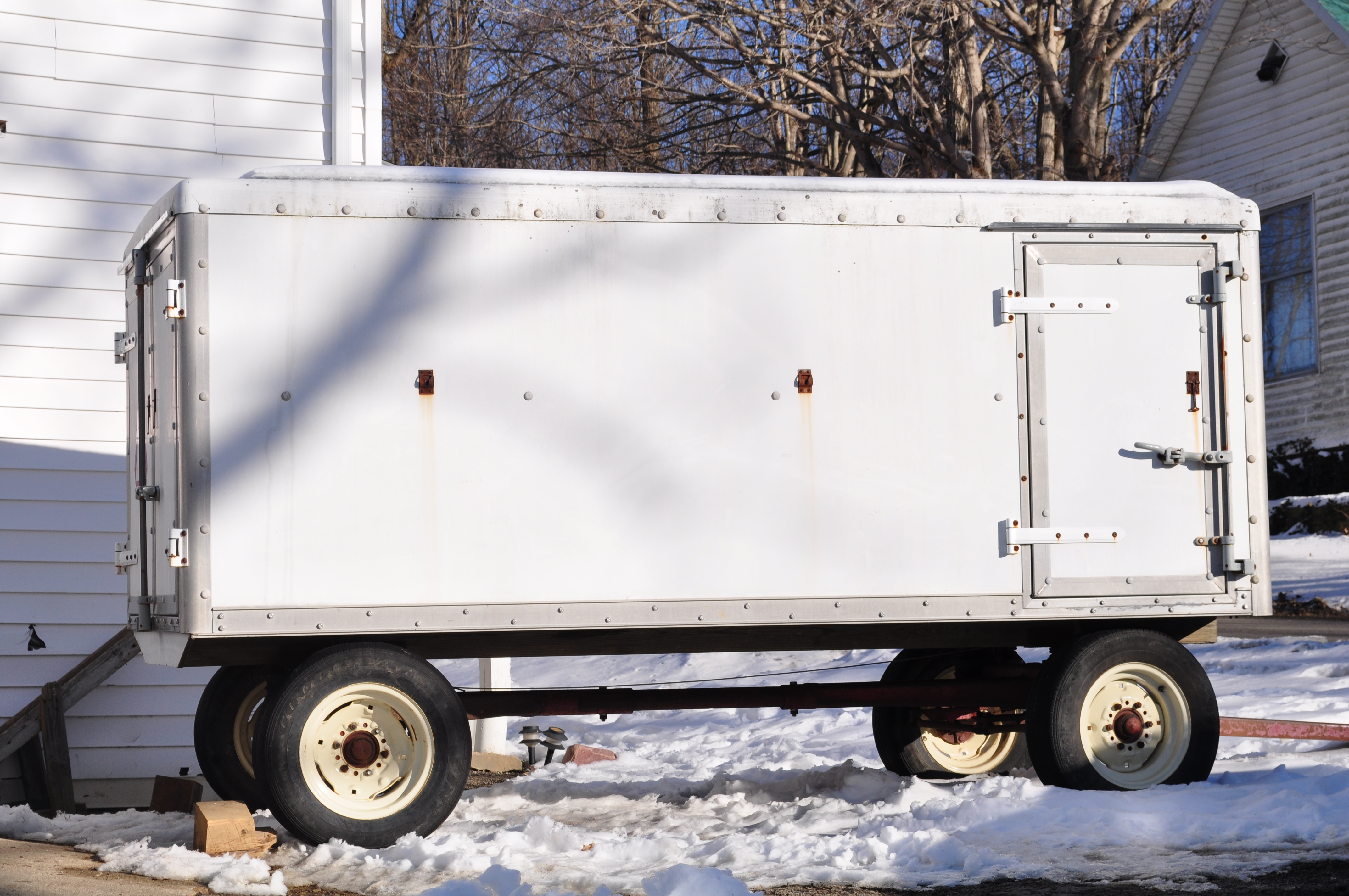 You may remember last week’s letter where I told of our plans to travel to Pennsylvania to attend a wedding where two of my cousins would be marrying two Miller siblings from another family.

We did have a fantastic trip. Needless to say after traveling 550 miles in a van the 14 of us were quite ready to arrive at our destination.

The following morning at 9 a.m. we arrived at the location where the ceremony was to be held. We were all dressed in our Sunday best. I always like seeing my husband Daniel in his dark gray suit and white shirt.  Little Austin matched with his Daddy and Julia wore a dark purple dress and apron while I wore a lighter shade of purple.

Stepping inside we were greeted by my Dad and his brother Wayne who were ushers. We took our seats with other family members. Daniel took Austin and sat with the menfolk on the right side of the building while Julia went me with me to the left where the ladies were being seated.

Soon, slow melodious German songs were sung by the congregation. As the third song was being sung, the ministers and the couples to be married returned from the “abrote” (a brief time of counsel and encouragement on things pertaining to a Godly marriage).

As the last notes died the first minister, who is a father to the Miller siblings,  rose to his feet and shared inspiration from the Bible about the joys of harmonious blending of husband and wife relationships.

After kneeling for prayer the congregation rose to their feet while an uncle ready a few passages from the Bible. Soon the father of the other two rose to share a few inspirations before the cemerony.

At 11 a.m. he invited the two couples to come forward. A solemn hush rested on the 500 wedding guests as these young couples exchanged their vows.  Not to mention how Austin pinched his finger and shrieked at this very moment. Next we stood for a word of prayer and blessing on them. After we were seated their hands were joined as they were pronounced husband and wife.

Another song was sung and words of encouragement were spoken by several other ministers.

Everyone was invited to stay for lunch that was hosted in a big shed at my cousin’s house. Large rows of tables had been set. The tables were covered with long, white tablecloths with a narrow strip of brown burlap down the center of each one. On top of each red plate  was a small clear platter with an attractive salad. Beside each plate was a baggie with a bun, jelly, and butter as well as an individual dessert cup. Each clear cup had been layered with angel food cake cubes, pie filling, and whipped topping. It resulted in a very attractive add-on to the remaining décor of flower arrangements.

Julia and Austin felt like a little king and queen as they sat beside us with their own pretty settings.  The Miller cousins grandpa led in a prayer of thanks for the meal.   The food was superb.  After eating our fair share, the guests joined in  song.

Next, four long tables were rapidly cleared and reset for the cooks and servers.  Daniel and I were among the young couples who served this shift. Others ladled stuffing, mashed potatoes, gravy, and some superb chicken breasts into serving bowls for us to pass along the tables. Coffee and punch were passed out as well. Last of all came individual ice cream cups. I enjoyed my ice cream “Gloria style”. Wanna try it? You’ll be sure to like it. Add a splash of hot coffee into it and stir with a fork and you’ll think you have the best coffee smoothie ever

Thankfully, many hands make work lighter! Who would want to grill 250 pounds of chicken breasts or turn 325 pounds of potatoes or make 10 gallons of gravy by themselves?

It’s tough to  try to figure out which of these tasty wedding recipes to pass on to you. I’d rather have you here and serve the whole menu to you personally.

Okay, how about trying the refreshing angel food cake dessert?  At the wedding they used blueberry for every other place setting and raspberries for the ones in between, totaling over 500 little cups. The raspberry ones have a whole raspberry on top of each cup making it very attractive.

Sauce: Cook together 4 cups water, ⅔ cup white sugar, and ⅓ cup ThermFlo or cornstarch. Remove from heat and add ¼ cup strawberry Jell-O, ½ teaspoon strawberry Kool-Aid and a pinch of salt. Cool then add 1 pound fresh blueberries, sliced. Layer the cake cubes, the filling and the sauce in a container of your choice (2 layers each).