By Kevin Williams
This tomato soup cake is quirky!  I saw this recipe in the Amish cookbook, Cookin’ with Maudie and I had to try it.  I mean, c’mon, “tomato soup cake?”  I mentioned it to my daughters and both replied in unison without hesitation: D-I-S-G-U-S-T-I-N-G.   Well, the results made them take back their words. (more Amish tomato recipes here)
I’m still trying to figure out why someone would have made this cake in the first place.  One of the first things that jumps out at you is that there are not eggs in the recipe.  And the recipe itself is so, so simple.  So I can only assume this is one of these Great Depression “desperation dishes” that would allow someone to whip something sweet without breaking the bank.
The original recipe calls for cloves, which I left out, but you could add them for additional flavor.  The original recipe also calls for it to bake for 40 minutes at a temperature “between 400 and 450”, so I chose 425 and after 25 minutes I couldn’t bake it any longer, it would have burned.  So that was one deviation from instructions.
The batter is this curious and bizarre red.  The cinnamon, to me, is what really gives the cake its flavor pop. By the time the cake came out of the oven, the house smelled great and the kids were curious.  I was in a hurry, so I just used from-the-can frosting,but you could make your own and the cake would be even better.  Bea wanted to try some right away and she loved it.  Aster protested and didn't want to even try it, but I persuaded her and, she too, came away converted.
I love several things about this cake:  1) it's easy, super simple to make and 2) it's different. I mean, the cake itself is a conversation starter.  And a lot of the "dessert desperation dishes", stir-and-bake cakes taste the same...kind of bland, but this cake is none of that, the flavor is really great and distinct, it's not bland.  So as long as you can get past the tomato soup part, this is a super cake! (for the record, I don't think I could do "chicken soup cake") 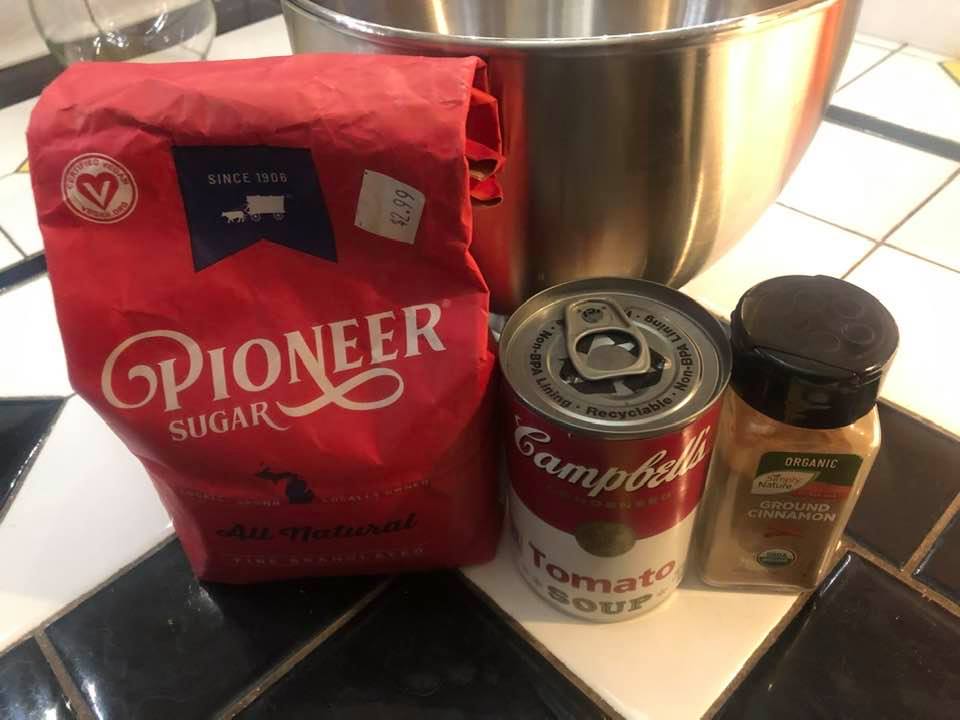 These are the cake's main ingredients... 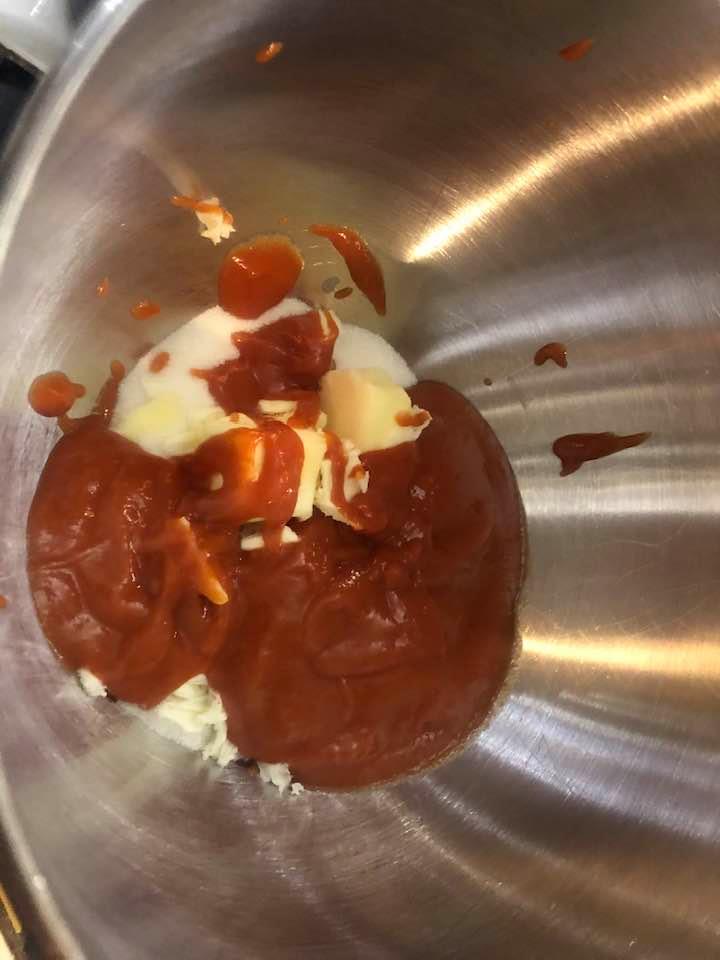 I admit, this doesn't look too appetizing... 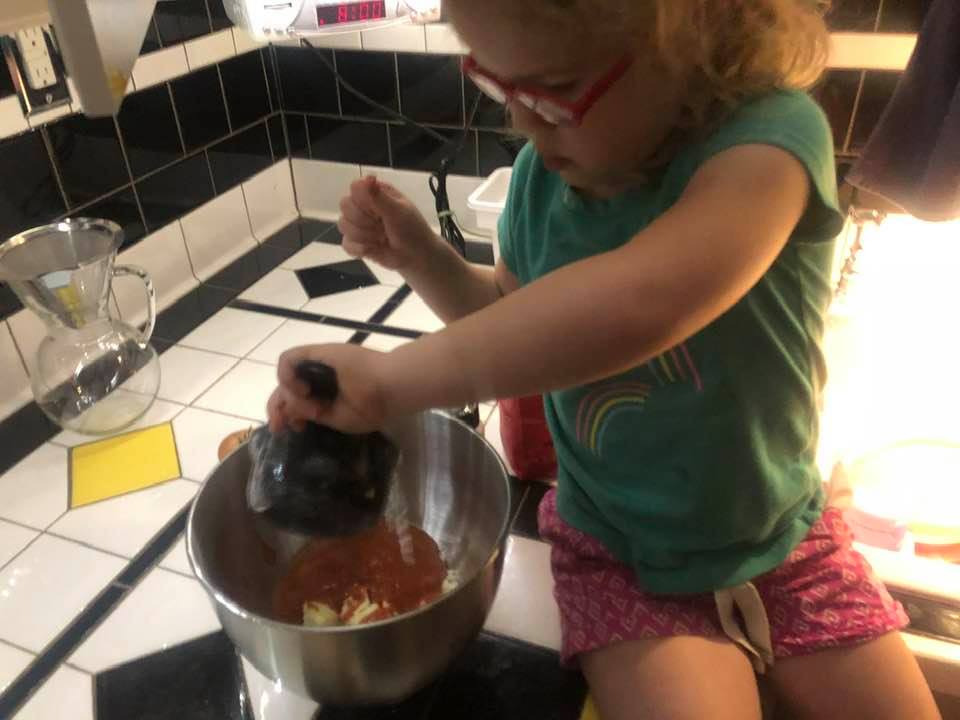 Bea helped me, even though she was skeptical.... 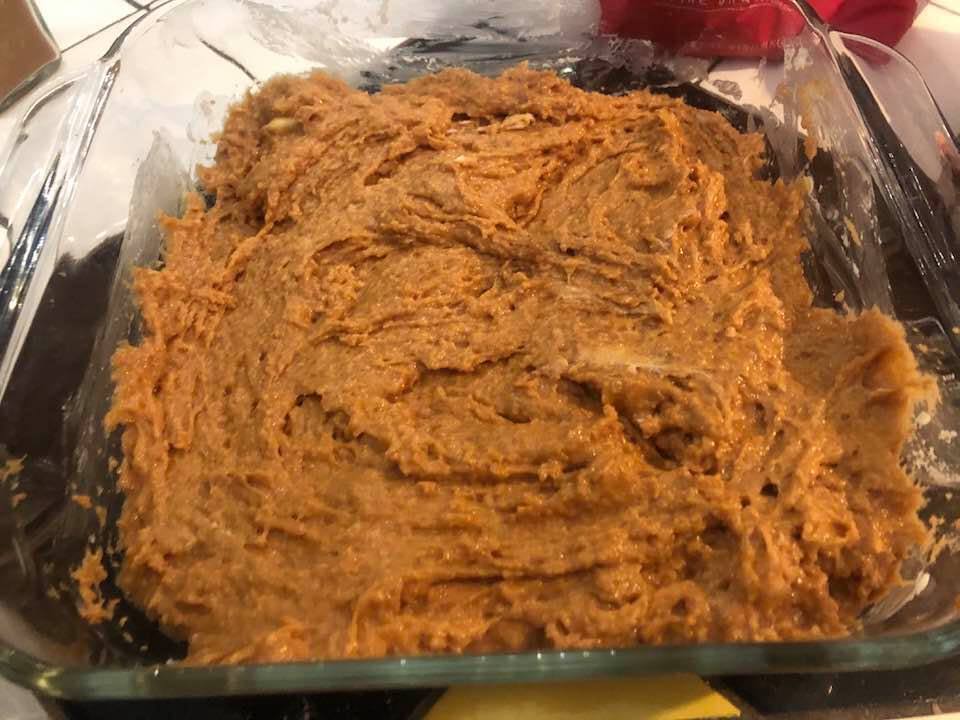 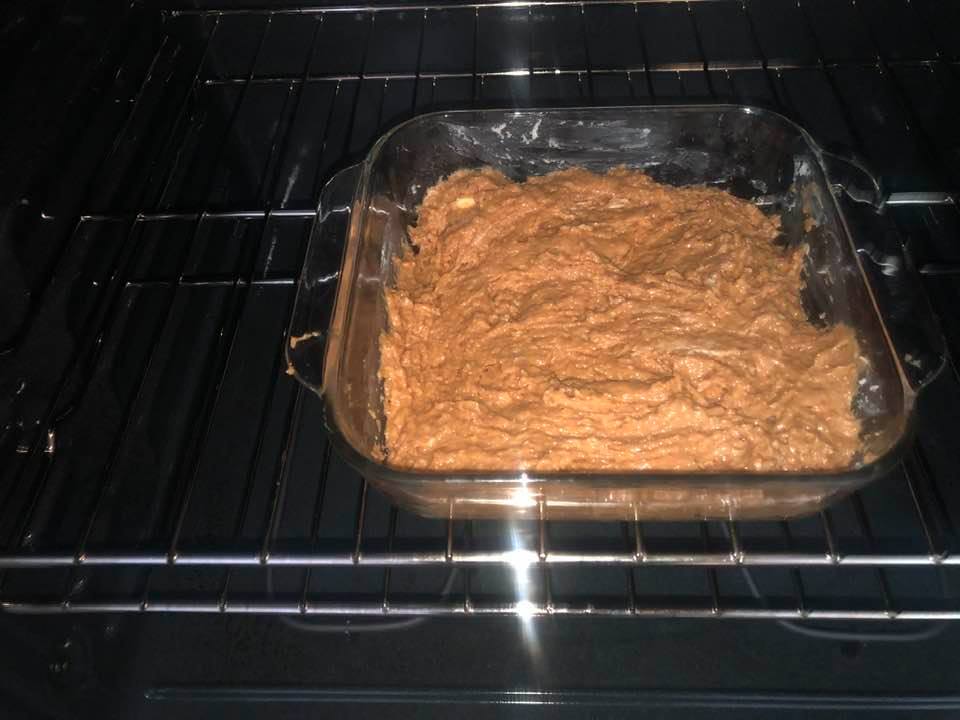 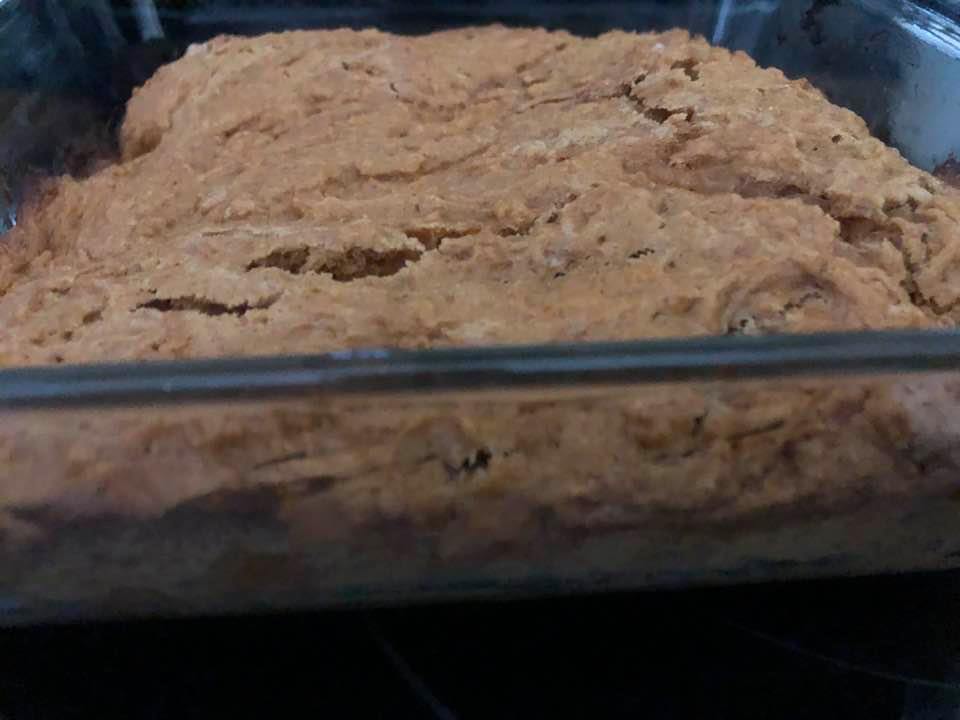 Out of the oven and before it was frosted 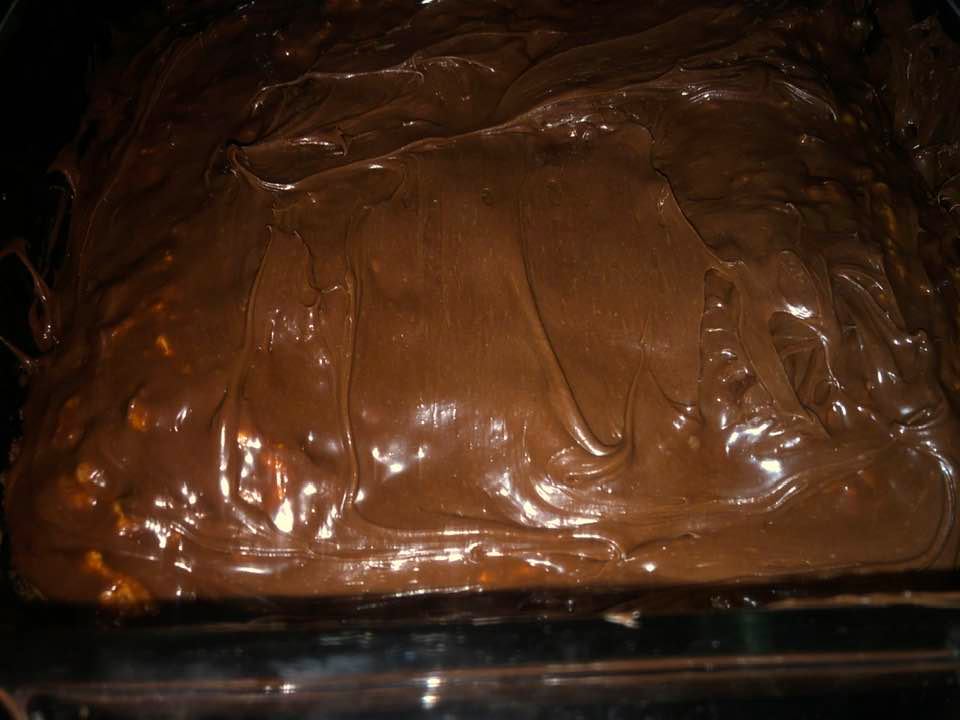 I spread it with from-the-can chocolate frosting, but I put it on the cake while it was warm...i know better, but I was excited to taste the cake. Ideally, wait until the cake has cooled to frost it... 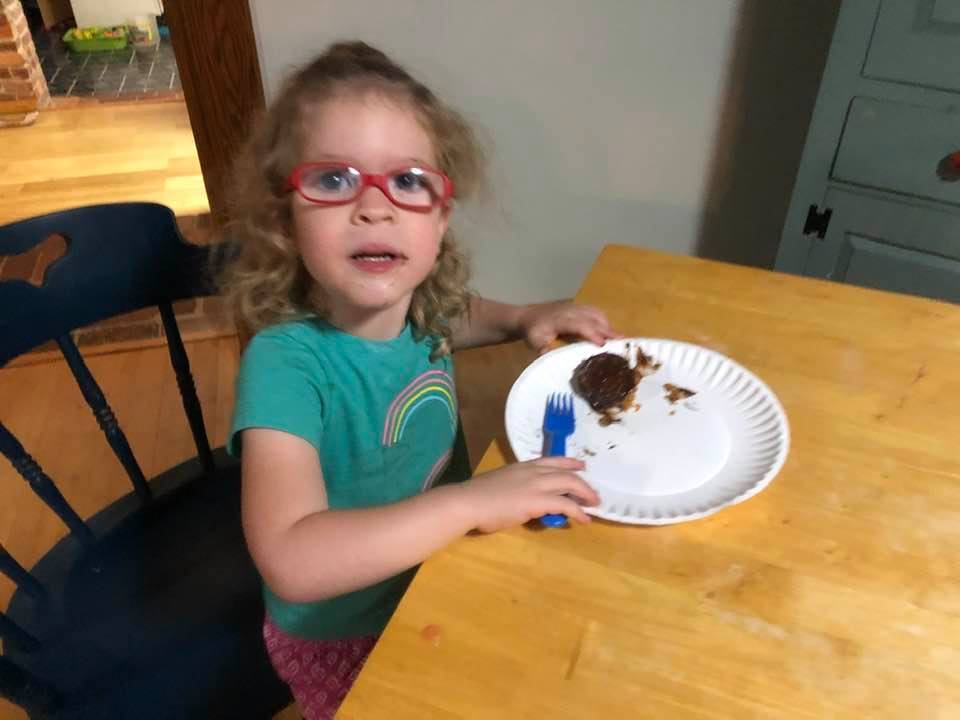 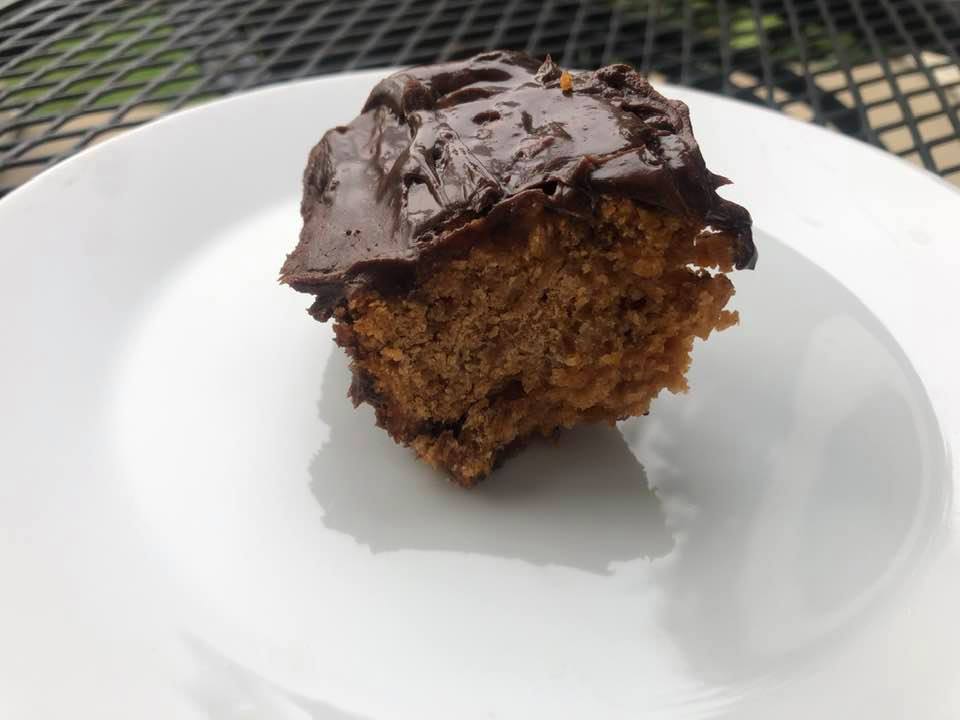 I'd absolutely make this cake again!

Hints:  I added more cinnamon than the single teaspoon it calls for, I made it about 3 teaspoons.  I really liked it like that.  I also omitted the cloves. I'm not a huge clove guy anyway and we didn't have any.  But I am sure it'd add more flavor if you have them and like them.