Whitmer's General Store is a fun place to visit in the heart of the Amish community. Holmes County is home to the largest Amish settlement in the world, a sprawling patchwork of over 200 church districts, from very conservative to very progressive.  I've tended to spend most of my time in the southern part of Holmes County, Berlin and points south, so I was excited when I had a chance to check out Winesburg, a small community in the northern part.  The hub of the town:  Whitmer's General Store.

The little town is anchored by Whitmer's General Store.  It's not Amish-run, but it has a true old-time general store feel and plenty of Amish customers.  There's an assortment of sundries, baked goodies, a deli, and an old-fashioned ice cream parlor.  When I was in there, it was bustling at 5 p.m. on a gray November evening.  Half the customers inside were Amish, the rests appeared to be locals and tourists.  I got some snack mix and a Coke to tide me over the long drive that I still had ahead of me.  (I love general stores, but Whitmer's is the real deal).

Novelist Sherwood Anderson wrote a book about Winesburg, Ohio last century, but that is a fictional town, not based on the real one. I like the real town!

Here are some scenes from Whitmer's: 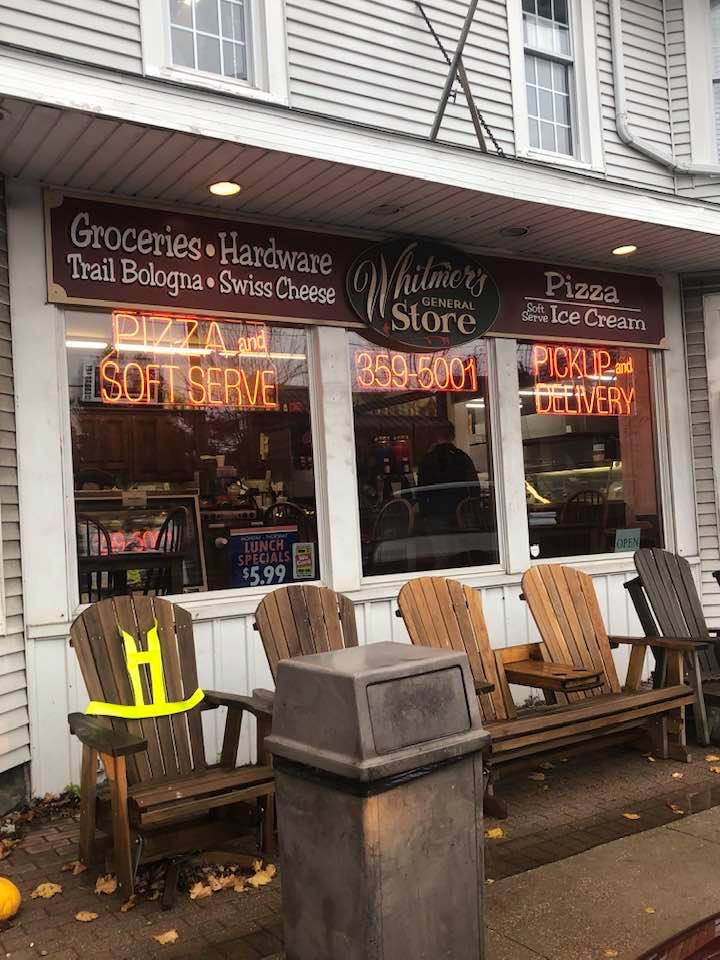 Whitmer's is a charming, inviting presence in Winesburg. 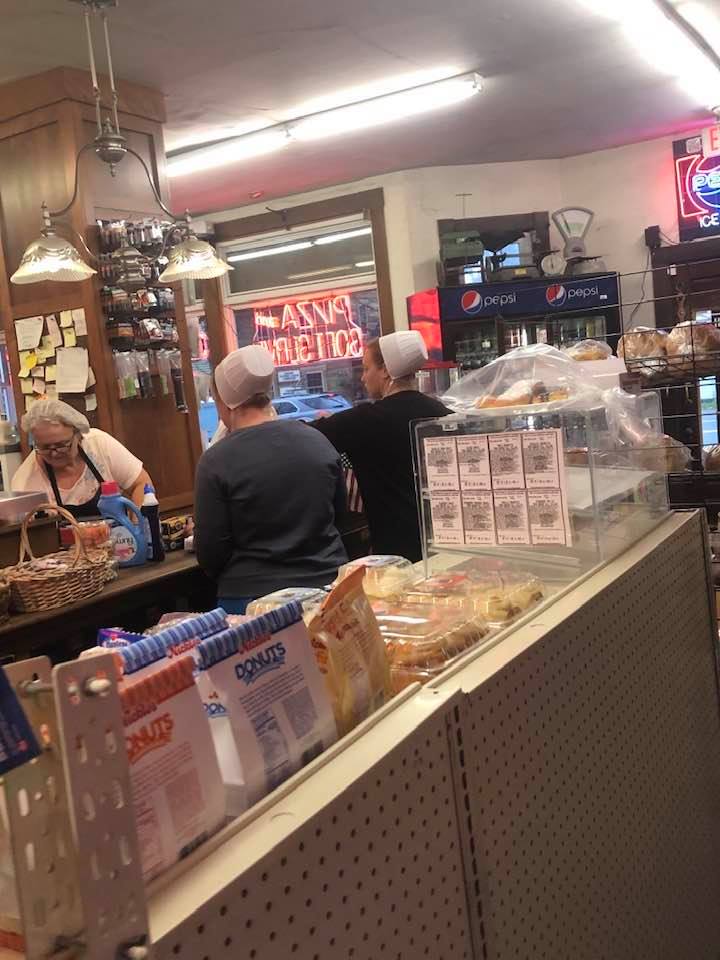 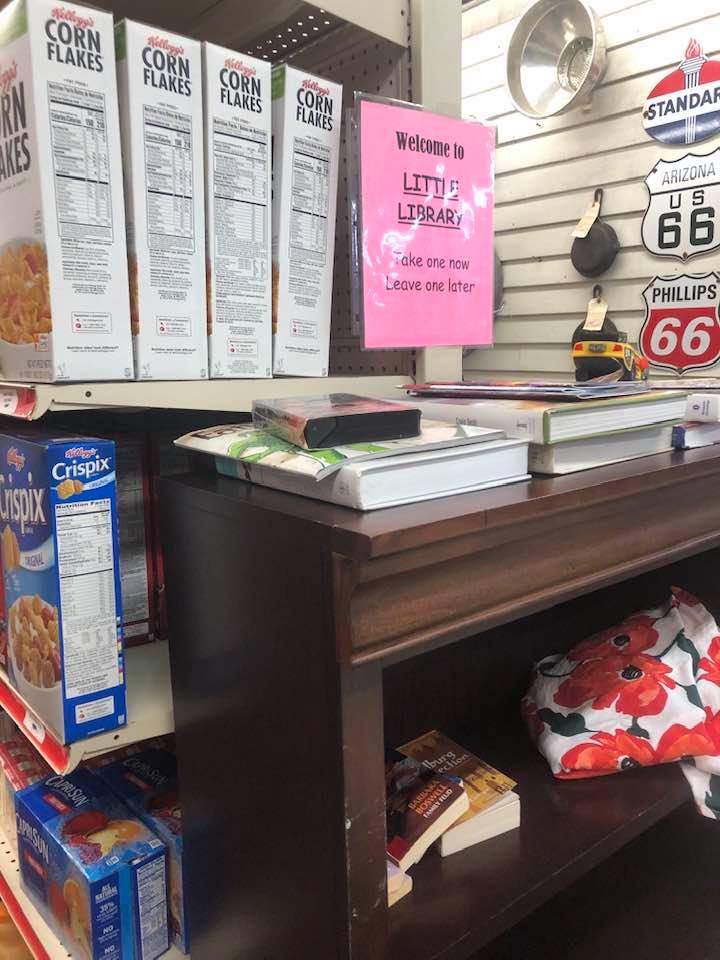 I loved this "little library" in the store, it really makes Whitmer's a hub of the community.... 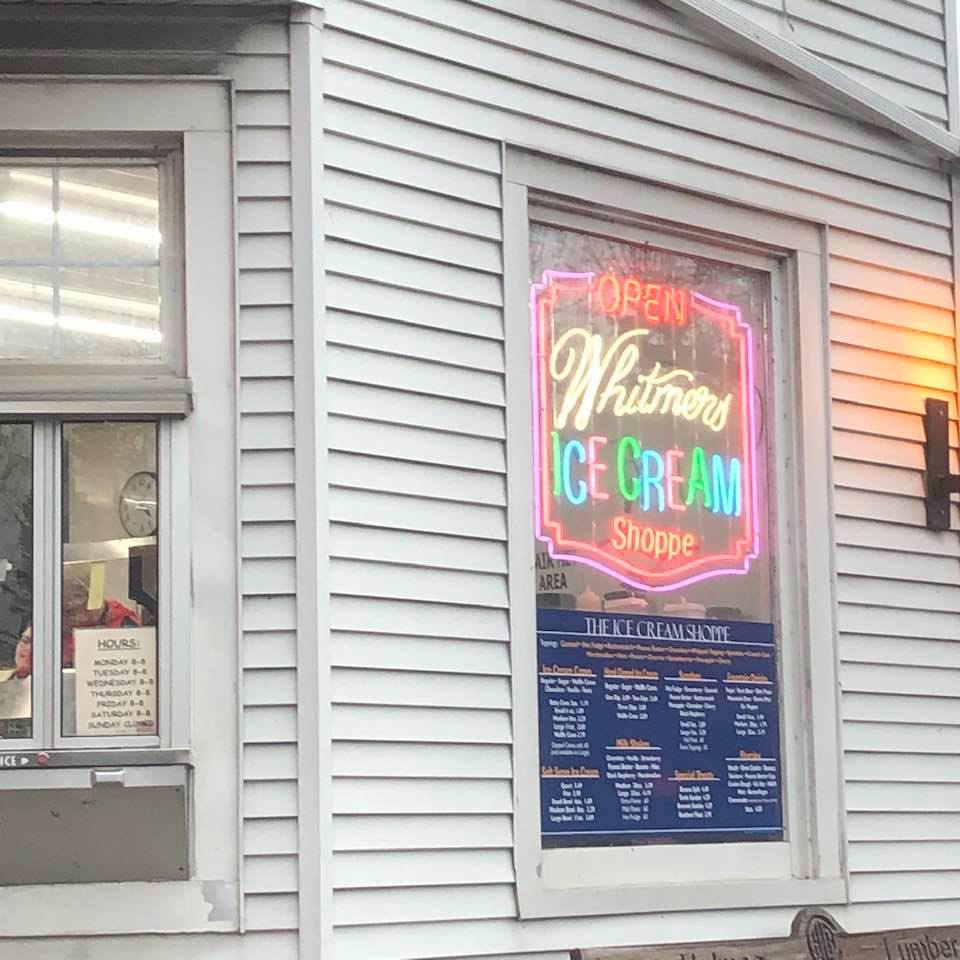 And they have ice cream! 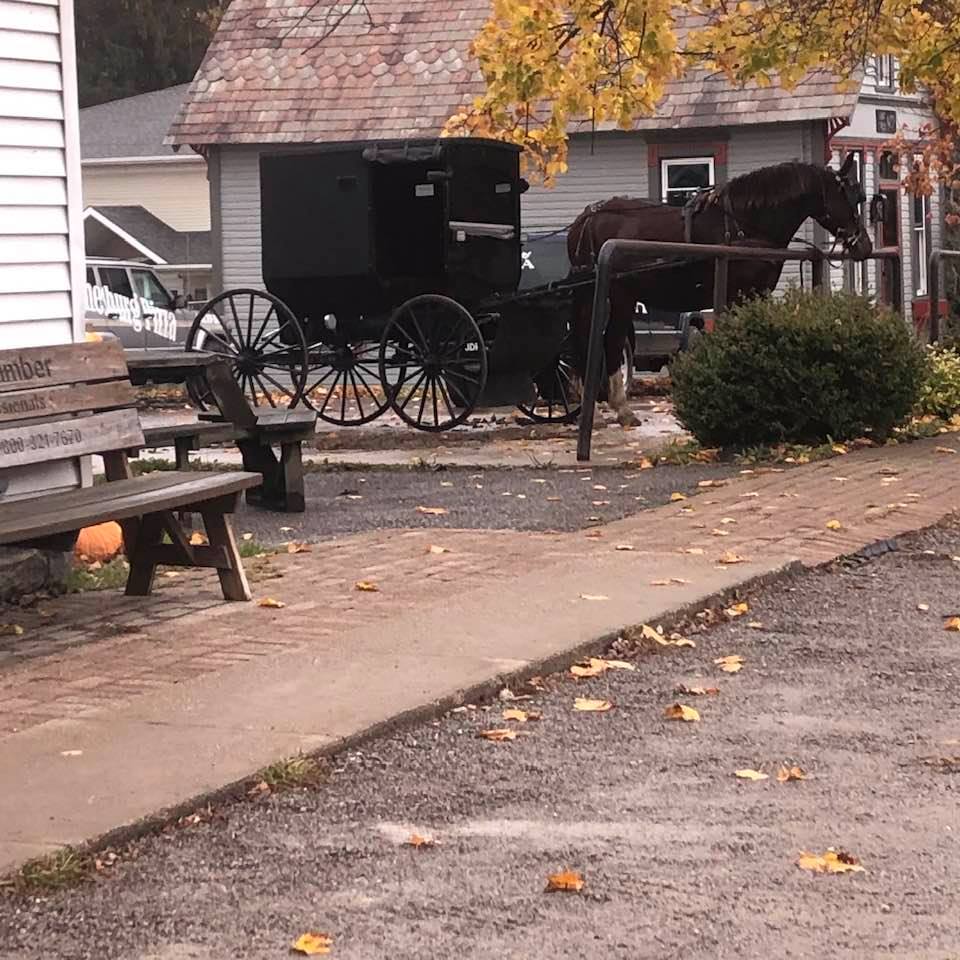 And plenty of buggy parking!