Vanilla pudding by itself is comforting but kind of bland.  Infused into baked goods and treats, though, it can add a splash of texture and flavor that really makes something pop. 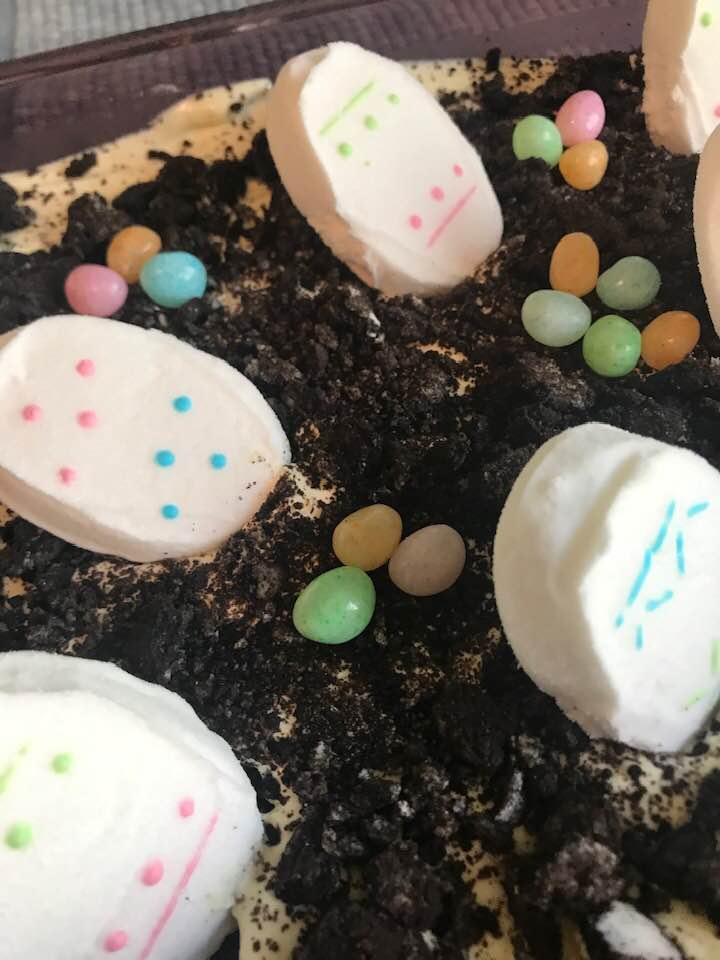 Check out this dirt pudding.  The above is an Easter-themed version my wife made, but you can "customize" it for any occasion.  Subscribers of the daily newsletter (subscribe if you aren't!)  may have read my note about how my parents once served dirt pudding for company.  They had the dessert packed into a flower pot, and I think they had a trowel nearby and maybe some newspaper spread out so that it looked like they were just doing some routine spring planting.  So when they had friends over for dinner and then said that dessert was being served, imagine the shock of the guests when Dad scoops out the "dirt" from the pot and plops into onto their plate with a trowel.

CHOCOLATE ECLAIR CAKE:    This recipe is so, so, so good and made with two boxes of pure pudding. Click here.