Everyday life our household continues to be quite eventful with our four little ones! Some days flow smoothly with me even getting a chance to sew a couple stitches on a dress or do some mending, while at other times I wonder if I really get anything done or have the needed management skills to care for these darlings. Recently I made the comment to Daniel, "The only thing I got done this forenoon is a little bit of laundry!"

His response came back, "Are you sure you didn't get a lot done? Did you take care of the children?"
I saw what he was getting to. "You are right," I acknowledged.

He then asked me to replace my negative comment with a positive note, such as, "I got a lot done today!" He knew that for me to hear myself say those simple, yet encouraging words would give myself a boost in the right direction. Yes, a positive outlook does make the most incredible difference, even in the midst of negative situations.

We do face many challenges, yet we do feel so blessed in countless ways.

Daughter Julia is still my standby helper with many little tasks, whether it's helping with the dishes, folding laundry, cleaning, or baby sitting. She takes it quite seriously that she is my “maid.”  Three year old Austin has been a big helper for me as well. He does well with hanging up laundry on our little clothes rack or picking up toys or playing with Rayni. Even though it did take some time for him and one year old Rayni to learn how to blend as they played and shared toys, they really are adjusting well. Cutest of all is when they see each other after waking from their naps; they croon and fuss over each other like little love birds. Two and a half month old Jesse is a highlight  in our family. His huge smiles with his little mouth wide open is enough to capture anyone's heart. Julia keeps telling me things Jesse "said" as he was cooing at her. Then of course there is “Baby Dear” that we're eagerly waiting on, which is due in eight weeks. "Baby" is a topic that is daily discussed at our house. Julia is still trying her best to figure out if it will be a boy or girl, and asking me to guess what I think it might be. "I simply don't know," I've told her time and again. Perhaps we'll do an ultra sound and find out, we'll have to see. 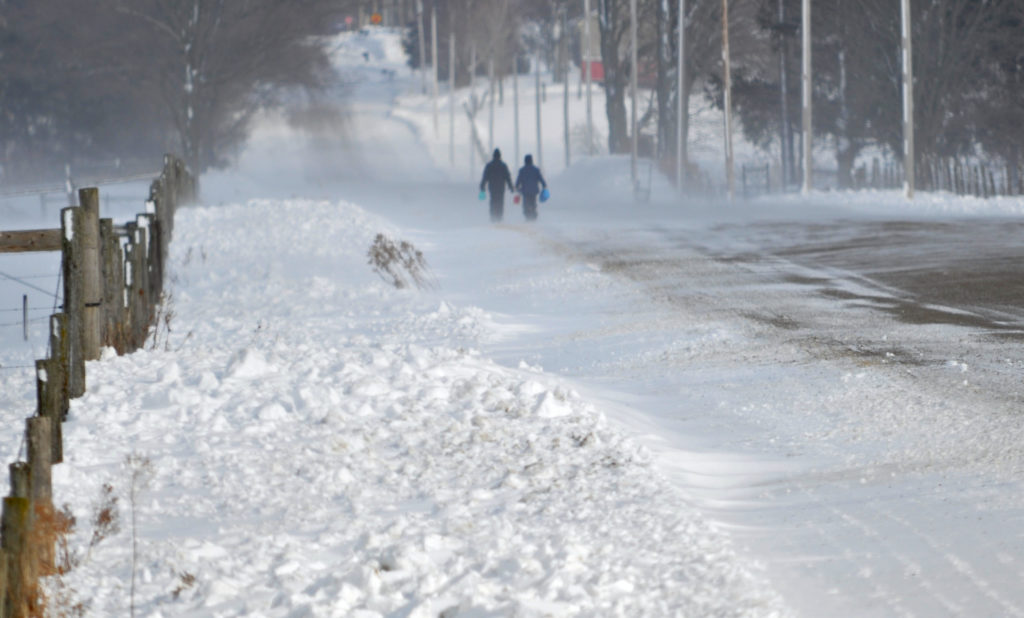 Between Christmas and New Years I've been enjoying the luxury of having my husband home most of the time! What is more enjoyable than first thing in the morning, sitting in the living room with a mug of hot chocolate and watching the birds feasting away at the feeder? Daniel is always very diligent in making sure his feathered friends all get fed properly during the winter months.

Not only do I enjoy having hubby around the house, it is a super treat for the children as well. They relish their times with Daddy, especially when they have his undivided attention. He does come up with the most unique ideas, that's for sure. The children's favorite as of now is having Daddy lay on the living room floor, flat on his back, while they tie up his hands and feet with their jump ropes. Once they're ready he'll jump up, pretending to be a bear, wiggling his way loose, then playfully chases them.

Another favorite around here is hide and go seek. It's been years since my girlhood days of playing in our basement with our friends from church where we had countless games of hide and go seek.  Now 15  years later I love watching my husband, Daniel, and our children play hide and go seek. Tonight they shrieked with delight when Daniel suggested that they have a couple games of it. This time Daniel held little Jesse and took him with him wherever he went to hide or look for the children. Cousin Josiah, who is four years old, is spending the day with us while his parents are helping distribute food for those in need in Indianapolis IN. This only added to the fun, now they had one more person to hide. Usually it's Daniel who helps them play games as such, but tonight after they had played a while  Daniel told me he would like for me to join them. I had just finished the dishes and decided it sounds like a good idea.

As I found a hiding place behind a door I was amazed how that same feeling of suspense creeped up on me, just as it did years ago, as I eagerly waited in hopes of getting "free" before I would be found. The most hilarious moment for me was when Daniel and I raced from the kitchen to the living room to our "base" where I wanted to tag before he reached it. We both laughed heartily as we dashed for base, the little girl part of me needs to add that, yes, I did beat him! (Only because I had a head start, of course.) The children just relished watching Mom and Daddy help them play their games. As you can imagine, after some time it was time to have everything keyed down a bit. That's when Daniel told them he'll read a couple stories to them from their favorite story books also giving Mom a chance to write!

Here is our favorite hot chocolate recipe, something that many of you will probably welcome this month as temperatures have been around zero in many places. For a healthier twist, we like to use maple syrup instead of sugar!

1 /3 cup water
1 /4 cup cocoa
1 /3 cup sugar
1 /4 teaspoon vanilla
Mix well and then  add 1 quart of milk, stirring constantly while heating.
Add   vanilla. Serve with a dab of whipped cream in each mug or serve with
mini-marshmallows.
Reheats well but boils over easily. Serves 4