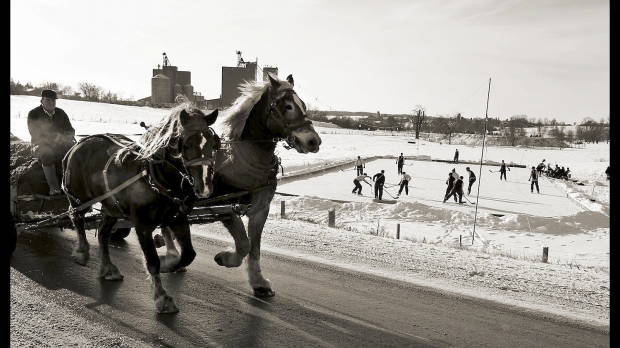 Talking about some spine chilling weather! The way it sounds many of you have also been having ecxeptionally cold temperatures as well. I felt sorry for those who really got hit with snow, ice, and freezing temperatures and on top of everything else had their electricity go out. I hope and pray that it won't last long and everyone will be alright.

Julia and Austin have been excitedly waiting and praying for enough snow
to go sledding and build snowmen. Finally their petition was granted,
excitement reigned as they watched out the windows as the ground turned
from a drab brown to a pure white. Before even an inch of snow had fallen
Julia was ready to get her sled and go try it out for the first time this
winter. For months she had been waiting to go out sledding with Mom or
Daddy, now the time had finally come. Where we live in Southern Illinois,
snow really is a rare treat for the children. Austin was all excited as
well, that is, until he was outside in the chilly winter wind!  As a young girl, skating was a wintertime highlight for me. Of course
times have changed, responsibilities have been added. I no longer attend
the church skatings like I used to. Sometimes we have what we call
"skatings" on a farm pond where every one in church is invited to attend. The youth
generally make up the greater percentage of those attending the skatings
along with some married couples and younger children. Of course this is a rare treat for everyone with the minimal amount of cold weather we have in a short time frame.
Last week my sister related how she went to a skating and they were
treated to roasted bacon wrapped hotdogs and snacks. With the temperatures
in the single digits they had a problem with the bacon freezing to where it
was difficult to separate the strips and wrap them around the hot dogs.
First they had to heat them at the bonfire beside the pond where the
skaters could go to warm up. As for the s'mores that they planned to have,
they turned out to be a flop. I didn't know there could be a thing as
flopped s'mores, but the marshmallows were simply too frozen to roast!
It's amazing how much vigor a young person can have to do something
enjoyable, even if it requires some extra efforts and discomfort. As a
little girl I could barely fathom Dad's stories of how he and his friend
went camping in 0 degrees and a snow covered ground! Their adventurous boyish endeavors motivated them to sleep under a tarp rather than a real tent. He recalls how they went running (in the snow of course) to try to warm themselves the next morning. According to his report they did have a wonderful time in spite  of the chilly conditions.

Now as a mother I don't have all the ambition I used to have when it comes to cold temperatures. I'm just thankful to get my chilren safely transported from one place to the next. I do enjoy my daily walks in the crisp winter weather, though. Thanks to Daniel who kindly watches the children each evening after supper while I take my walk down our country road. It never fails to refresh my entire being. It breaks up my day and gives me fresh motivation to come back home and be a mother to our four little dears. One of the best parts is coming back to the children who often greet me with their big hugs.
I will definitely be thankful for warmer weather this Spring, which simplifies getting everyone ready to go away, but in the meanwhile we'll enjoy our feathered friends at the bird feeders, the glow of candles, and an occasional cup of hot chocolate.
A wintertime favorite around here is soup. We enjoy various types and kinds. Infact, I usually don't use a recipe, I just use whatever I happen to have in the refrigerator. I would like to pass on my mother's ham and cheese soup recipe she uses on regular bases. You will be sure to enjoy the creamy texture and delicious taste of this soup on a chilly winter evening!