CLICK HERE TO WATCH A 17-SECOND VIDEO OF THE HEADCHEESE MAKING.

I was driving in the Amish settlement south of Kenton, taking in the usual: colorful laundry flapping on lines, signs for fresh eggs, and buggies clattering by.  But then I saw something unusual:  a group of Amish standing around a giant kettle in a driveway stirring something....I kept on driving, but then my internal voice chastised me:  "Kevin, you idiot, this is your JOB.  You need to find out what is going on there so you can tell the readers."  So I finally hit the brakes and turned around, easing my car into the driveway where a group  about a dozen Amish of all ages had gathered.  They all looked up from the kettle quizzically as I pulled in

I quickly introduced myself, explained that I am a writer and I was just curious as to what was going on in this kettle conclave. Some of them had even heard of the Amish Cook column and were excited to allow me to take photos and asked where they could see them published (I promised them I'd try to get them in the Kenton paper nearby).

So, turns out they were making headcheese, a pork dish that is made up of scraps of meat.  It is similar to a recipe made by many Amish called "Pon Haus" but, as they explained, head cheese doesn't have cornmeal.  That is the main difference.

They boil and season these meat scraps over an open fire and stir constantly with a wooden boat oar.  An elderly Amish man said they know when it is done by the "finger test", someone sticks their finger in the stewy mixture and counts to 10, if they can keep the finger in until 10 without getting burned, then they know it's not done enough.

Once the mixture is cooked up and done they pour it into sterilized jars so that they can itap into this mystery meat mixture year-round.  Or they can do what they did for me: serve and eat on saltines.  It was tasty and they were so kind, so gracious at welcoming a stranger like me.  Now, here's the strangest part of all...here is how they usually eat headcheese.

Make homemade pancakes.  Slather with homemade apple butter.  Then spread headcheese over that.  Then add ketchup, and chopped onion.

"Now that is what we call a healthy start to the day!" one man said jokingly.  But he wasn't joking about the recipe, that is how they eat it....ugh... 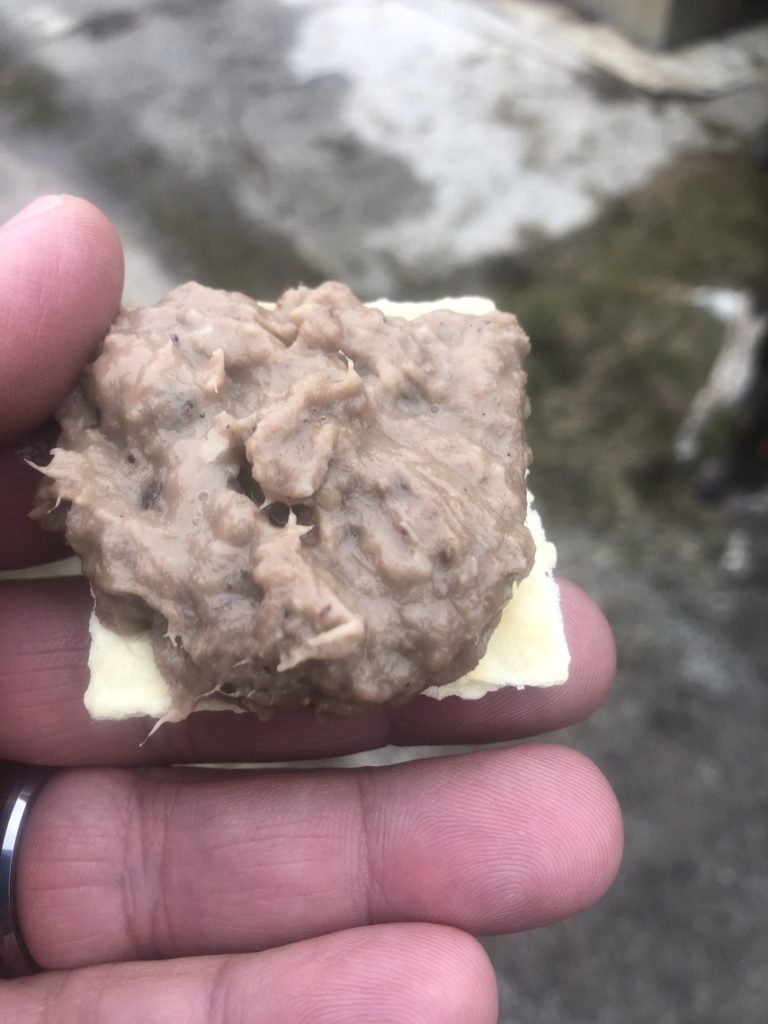 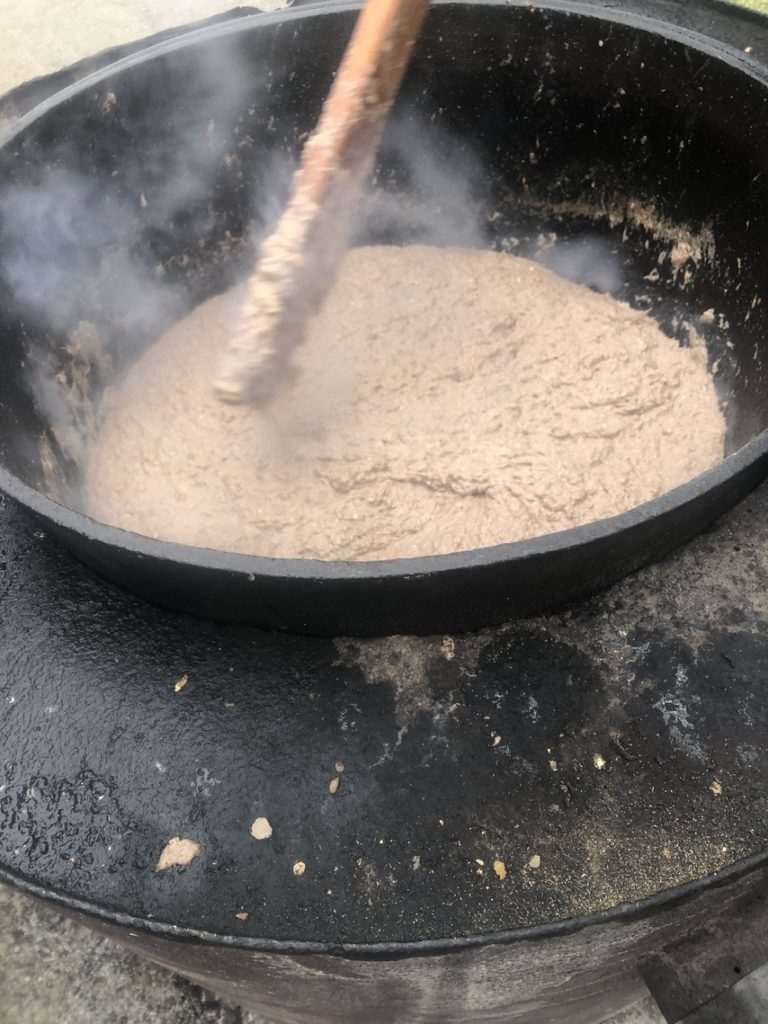 Home-canned headcheese, the labor was divided up where the men did the work by the fire, the stirring and seasoning, while the women did the canning.

e to their gathering.  We parted as friends

« The Amish Cook: Traditional and Healthy Starts to The New Year
Amish in the News: Amish on the Slopes, Millie's Cheesy Ham Breakfast Casserole, Pork and Sauerkraut, and Much More! »