I've done a couple of "guess where these photos" were taken posts over the past couple of months and then I never posted the answers as to where they photos were taken.  So, here we go: 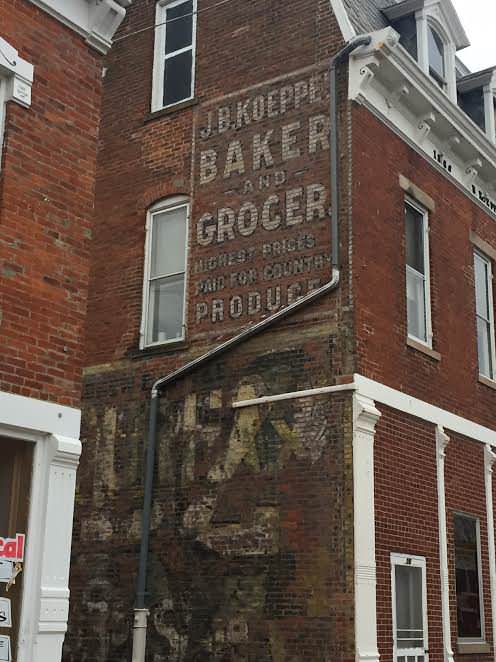 This photo was taken in Germantown, Ohio, a small town south of Dayton. It's as if this building is frozen in time, an old "ghost sign" extolling the days of this building's grocery past. Yet when I "Google" the name of the place on the building I can find no mention, so this grocery must have been around a long time ago..

This next photo is even more obscure in its locale:

This was a photo taken at 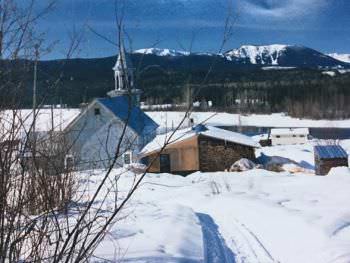 What a serene scene outside of Telkwa, British Columbia. I was a young journalist doing a story about some missionaries among the Carrier Indians there. I did not, unfortunately, get to go to British Columbia, this is just a photo they gave me of the village that somehow survived in my scrapbook all these years. Interestingly, the Amish made an attempt to settle in British Columbia in the late 60s in a place called Horsefly some six hours south of the spot in this photo. The Amish eventually abandoned Horsefly because it was "too remote" so you can imagine how remote this place must be!

Now, this is a photo that I took but can't remember taking and for the life of me can't remember where.  But there are some clues, namely the blue buildings in the background, the vacant lot. I feel like it could be Belle Center, Ohio, but in a way it has a vibe of Greenfield, Ohio.  I feel fairly certain it is in Ohio, but not necessarily. I could be somewhere in Kentucky.   I think you'd have to recognize this exact spot (certainly possible, we have enough people here).   Anyone know where this photo was taken? 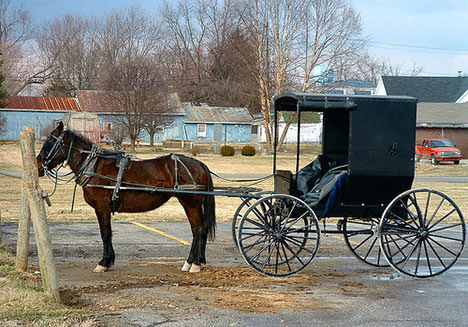