The Amish community of Arthur is still very isolated and self-reliant.  But the Amish here have definitely taken a progressive turn over the past decade.  One Amish woman told me she thinks it is too much too fast.  Many Amish businesses here accept credit cards.   It can be surprising to see an Amish entrepreneur whip out a Square reader for processing a credit card payment.

While buggies here are still by far the most preferred mode of transport, many Amish zip around on bikes, including some speedier recumbent cycles.

But perhaps no other places symbolizes the outward bent of the Amish here than Roselen's Coffee Shop.  This place is amazing.  I had heard about it before and it had been given nicknames like "Amish Starbucks."  I laughed that sort of stuff off as journalistic color. 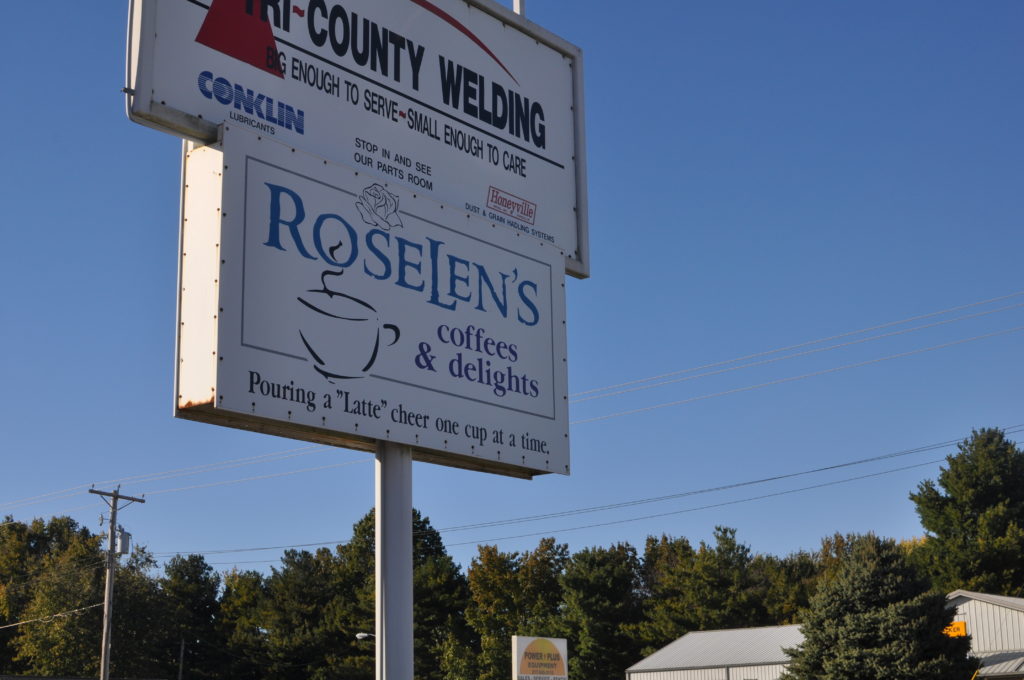 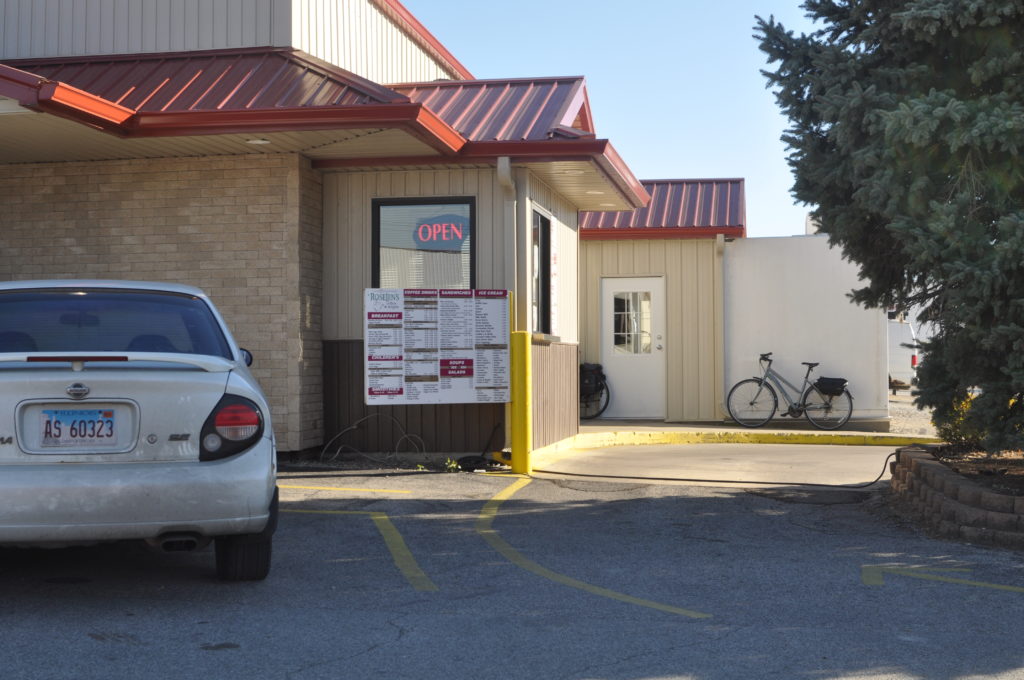 Roselens's even features a drive-thru for buggies and cars...(and bikes)

The inside of the coffeehouse is just charming and comforting.   I mean, its amazing....And they even have free wifi.  Upon seeing that, I went out to my car and send out my Amish365 email blast from the only Amish-owned business that I have ever seen that offers free wifi.  If I had had more time I would have lingered.

Their menu of beverage specialties would  put Starbucks to shame.  I had a delicious pumpkin pie latte.  And for $3 for the smallest size, that's about a dollar less, I think, than you can get at Starbucks.

This is an article from 2010 which tells more about the store and its popularity in Arthur.  According to the article sisters Rose Plank and Leno Otto teamed up to start the shope (hence the store's name).  The article goes on to say:'

She and sister Lena teamed up three years ago to open the shop, serving hot espresso drinks, as well as summer favorites, iced mochas and latte drinks, along with breakfasts and lunches.

Noting that owning the business together hasn’t caused any major sisterly disagreements, the two pointed to each other without hesitation when asked which sister was “the bossy one.”

“Lattes were new to a lot of people here when we first opened,” Otto said, “but now they know what they like, and that’s what they get all the time.

This is a review from TripAdvisor:

We were looking for a mid-afternoon coffee and a snack, saw Roselen's and stopped in. It is a very nice, clean coffee/ice cream shop! There is ample seating on two levels including some comfy booths with sofas. We tried the coffee, cinnamon rolls, a Healthy cookie (very good) and a milk shake. Thumbs up all around.

And here is Roselen's menu of sandwiches.  Honestly, if I could only pick one place to eat while visiting the Amish community, if I had to pick between the larger Yoder's restaurant and Roselen's, I'd probably go with Roselen's (do both if you can). 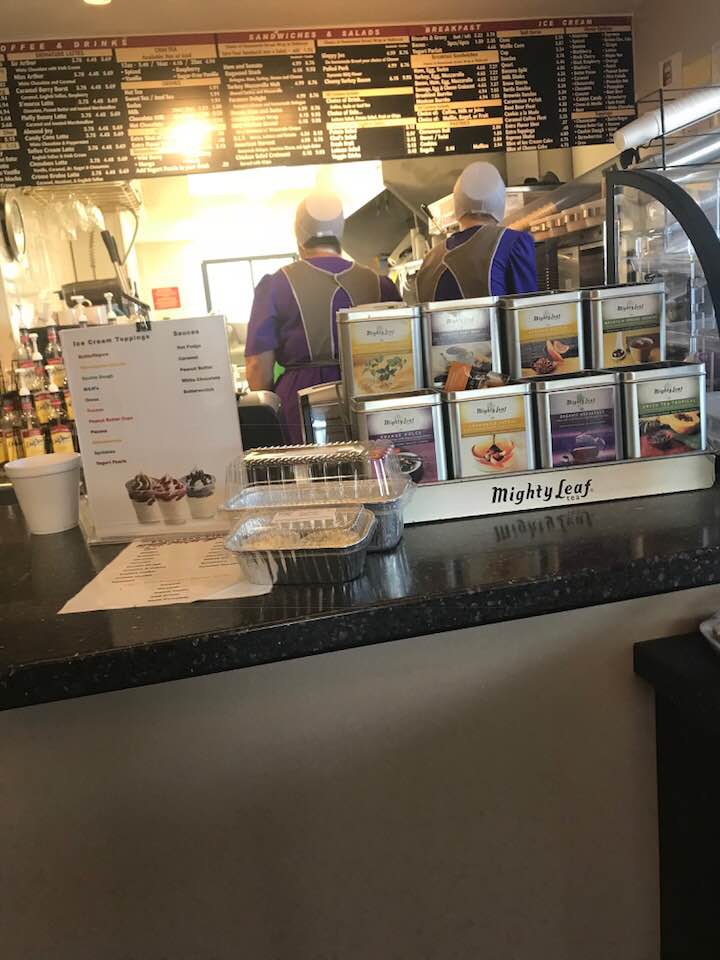 The menu and service at Roselen's is amazing.

The menu features sandwiches, salads, baked goods, breakfast foods, and a huge selection of hot and cold coffees.  Definitely one of my favorite Amish businesses anywhere!