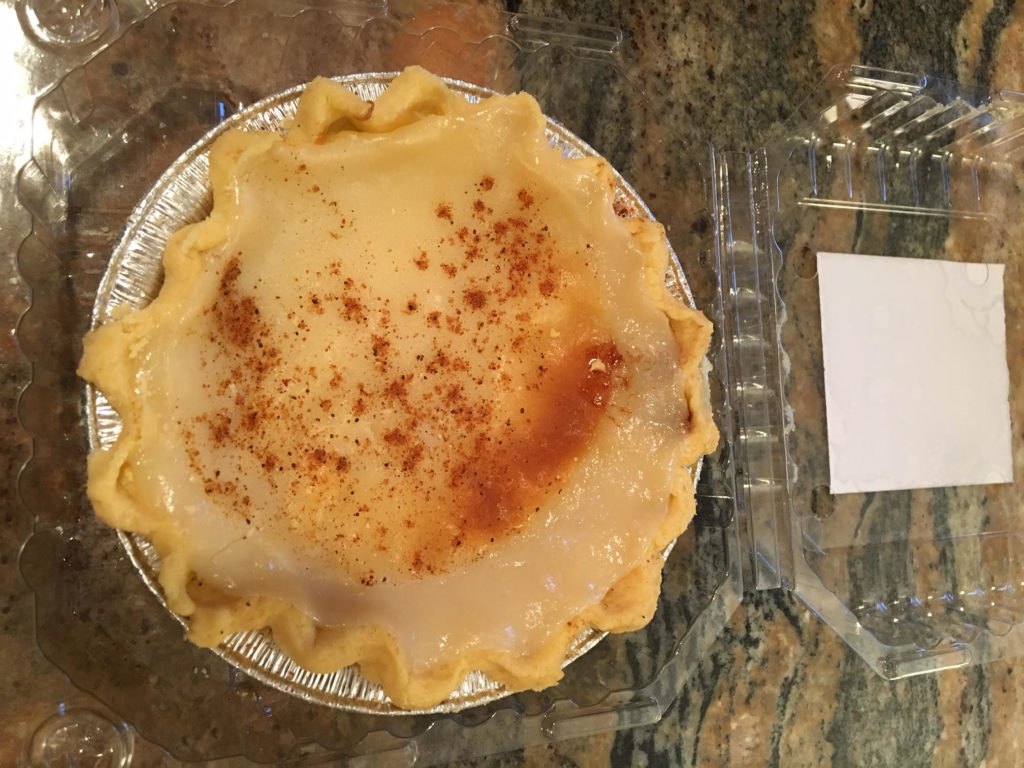 This sugar cream pie was made in a German Baptist Brethren bakery....

In today's other post I wrote about disappearing local flavors and regional culinary specialties.  One such regional specialty is sugar cream pie which seems to enjoy a special affinity in Indiana.  I'm not saying you won't find sugar creams elsewhere, but Indiana seems to be its birthplace and it may well have started in the kitchen of an Amish cook.  This is an interesting article that surmises the pie may have its roots with the Indiana Amish or Shakers. I have my doubts about the Shaker origins.  They are often associated with a similar pie called a "chess pie."    Sugar cream pies and others of their ilk are sometimes called "desperation pies" or "Depression pies"....these types of pies were a mainstay during the Great Depression when fruit was scarce and people just wanted to whip up a pie out of whatever they had on hand.  The tradition of sugar cream pie endures to this day.  Now (maybe I'm just a naive food romantic at heart) I am convinced that in some elderly Amish woman's kitchen in Berne or Daviess County, Indiana (I'm guessing Berne as "ground zero" for the pie) that someone is still making the perfect sugar cream pie: silky smooth sweet and eggless.

One often overlooked possibility is that this pie could well have its roots in the German Baptist Brethren community which has a large presence just south of Berne, Indiana. Cooking and baking styles are similar.

The pie pictured here was one I picked up at a German Baptist Bakery, which I'll write more about in the coming days. It was/is an amazing bakery!

Meanwhile, this is a recipe for classic 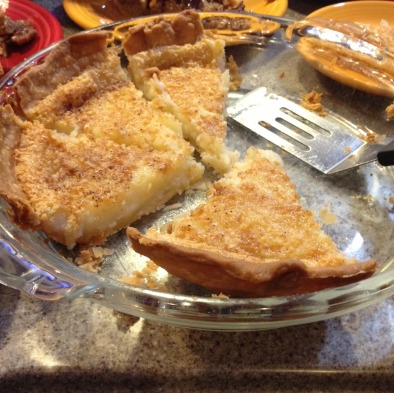 This is a sugar cream pie we made

Meanwhile below is a recipe for classic Indiana sugar cream pie, and I got this recipe from the Berne community so it may very well be one of the original "Holy Grail" versions. There are small variations in sugar cream recipes, but this is a classic.