CAPTIONS:  One of Mary Grace's homemade, hand-made purses.  Julia, 2 ½, hold a tiny child-sized purse made by Mary Grace and Mary Grace at a sewing machine where she crafts these beautiful items.

I sometimes envy women and the cultural blessing bestowed upon them to carry a purse.  Not so with a guy.  We have wallets.  And I've never found a wallet that really works for me.  And even when I do, the idea of carrying a wallet in a pocket on my rear-end all day is unappealing.  Sit in the car for a long drive and I always have to take it out because it's uncomfortable, or if I'm at a movie theater watching a film I always have to shift in my seat after a long period because my wallet is poking me.   Maybe I am strange, but the idea of being able to carry my bank cards, checkbook, maybe some pens, a notebook, an extra pair of glasses, etc around in a purse slung over my shoulder, like many women do, is very appealing to me.  But not very socially acceptable.  For business reasons, men can carry around a shoulder bag, brief case, or as my Dad used to call his an "attache case."  But just for everyday use?  No way. At least not where I live.  I'd be run out of town on a rail.  Perhaps in some of the larger, trendier cities it works, but not here. There has been the emergence of something called a "man purse" over the past decade or so.   There have been a few times when I've gone someplace with my "shoulder bag" that I use for business and someone will derisively say to me  "hmmmm, see you brought your man purse with you."  The very fact that someone has to make a  comment or that it has to have a separate name (man purse) at all tarnishes the luster of it. 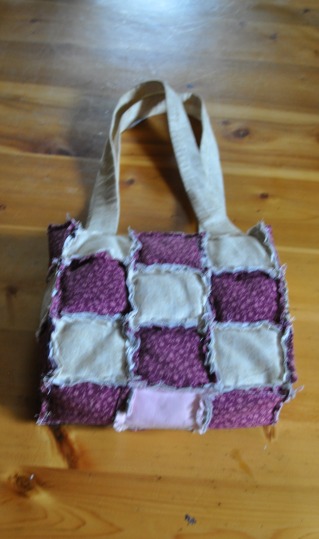 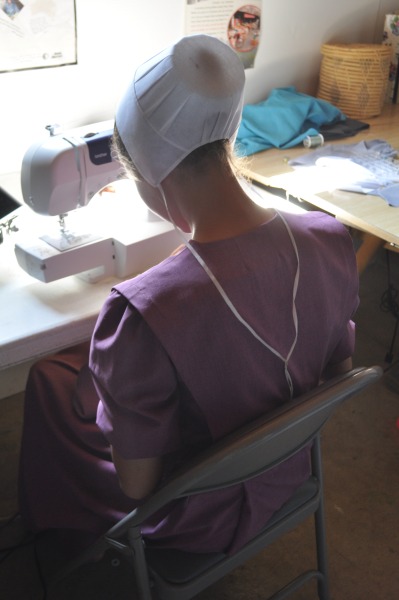 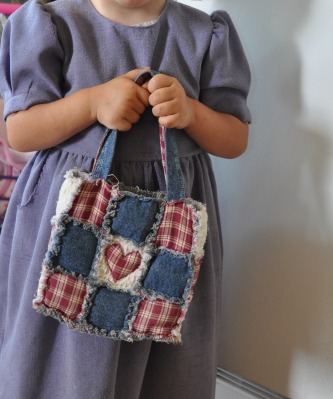 I'll never forget a purse that a girl in high school had. She sort of had funky, avant-garde taste and her huge purse had a big, working clock on the outside.  It was awesome.

Amish women don't typically carry large purses, but I have seen plenty carrying "clutches" I guess they are called? Or small billfolds that they keep their money and ID in.  I feel like I have seem some Amish women carrying larger purses before, but they are usually black-colored, not very flashy.

Purses are on my mind because Gloria Yoder's 16-year-old sister, Mary Grace, makes some beautiful hand-bags.  She has the sewing skills to pull it off and showed me a couple when I was visiting.

I am hardly a purse connoisseur, but these look like some pretty neat bags. If it were socially acceptable, I'd carry one!:)

« The Amish Cook's Canning Cabinet - What's In It?
Amish in the News: Amish Mafia; Buggies by Bangor, and German Baptists in California »