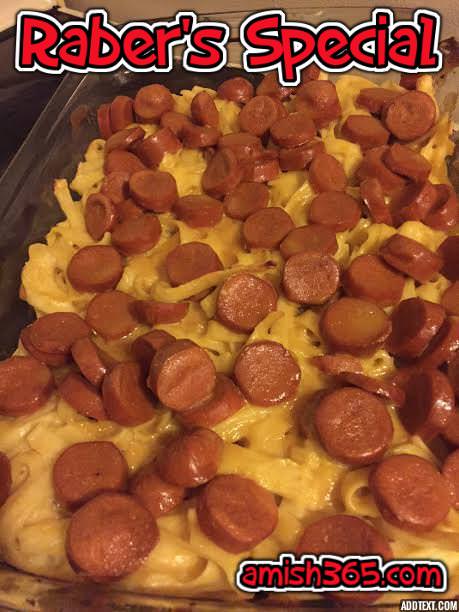 I was intrigued by the recipe that Gloria had in her column this week for "Raber's Special."  This hearty casserole is named after The Amish Cook's family.  Gloria Yoder's maiden name was Raber and this dish is a favorite in her family.  And it is in my family now too.  Williams Special, though, doesn't quite have the same ring to it.  Anything that is basically a pile of cheesy noodles and hotdogs gets my vote.   Now if you can't stomach the idea of eating bunches of hotdogs as part of your supper, you can actually use veggie dogs, as we did, for a healthier version.  And it still tastes great.  If I had to do it over again I might have tossed in a bag of some frozen veggies. I just think some peas or carrots, perhaps some corn, mixed in would have made this dish really sing.   If you don't add veggies at least have them on the side. 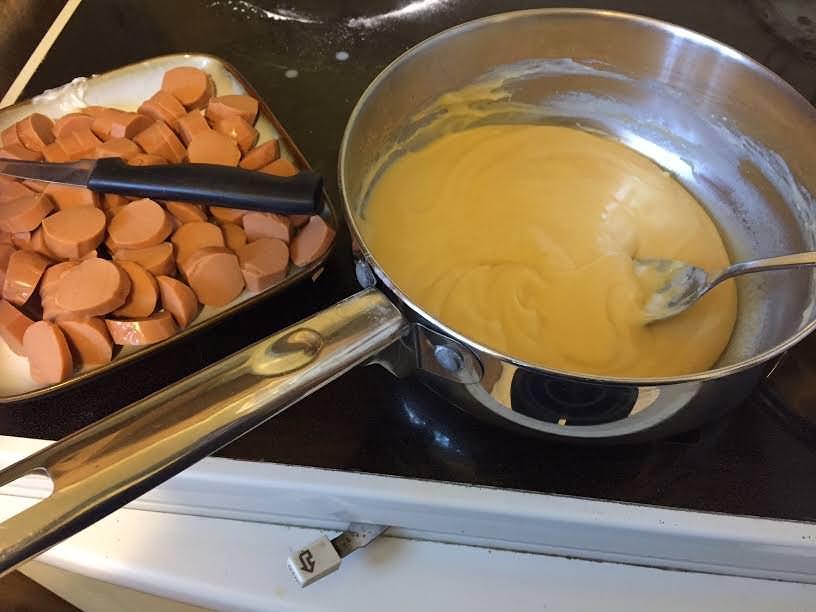 Also, the recipe calls for "salad dressing" but Rachel used mayonnaise and it turned out super.  These types of "throw together meals" are quite popular among the Amish because they feed large quantities of people. This recipe said "serves 6"  when it was printed but they'd have to be six people who eat like my father (5 bites and they're full) so I changed it to "serves 4", but I think you could and should double the recipe and then you'd have some good leftovers. I bet this might even taste better the next day after the flavors have had a chance to meld.