For some reason ham and bean soup and cornbread sounds like a "southern meal" to my thinking, but it seems to be also a combination popular in Amish kitchens.  Most of the ingredients are ones you likely already have and with it being butchering season right now in many Plain communities, ham bones are plentiful.

The cornbread with this recipe comes from an Amish woman in Canada and it was tested by recipe-tester Barbara with great results.

She says: "This had a great consistency, crusty on the top and bottom, not too sweet or salty.  I personally would start checking progress at 20 minutes, 30 minutes was a bit too much time at that heat.  Mr. and I both agree this tastes like old time cornbread, not out of a box."

Sounds wonderful to me.  So the Amish cook who gave me the recipe said 30 minutes, but I would take the advice of the tester and start monitoring it for doneness at 20.  Okay, here's a two-in-one post, an Amish recipe for ham bone and bean soup and sour cream cornbread.  Sounds amazing! 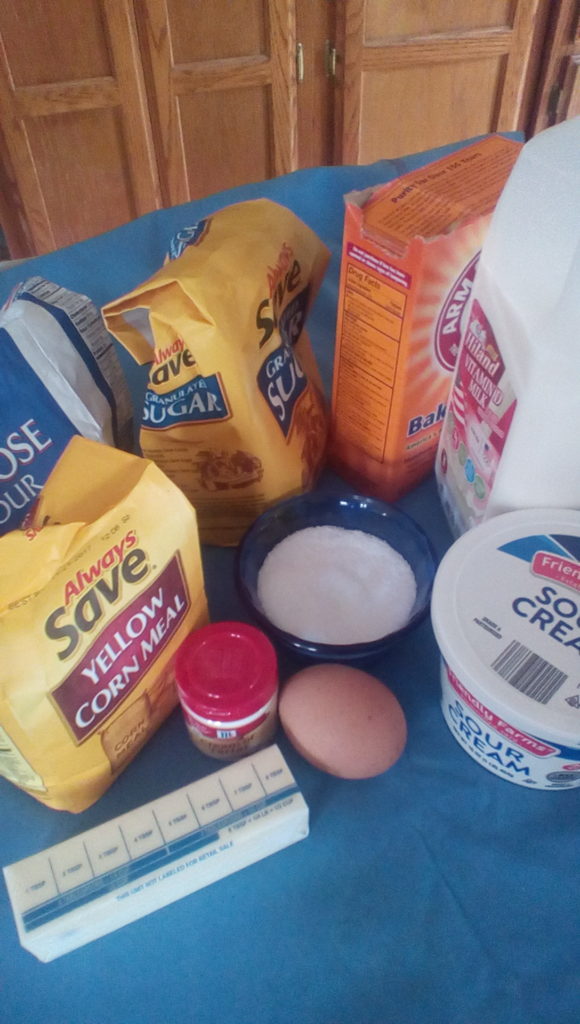 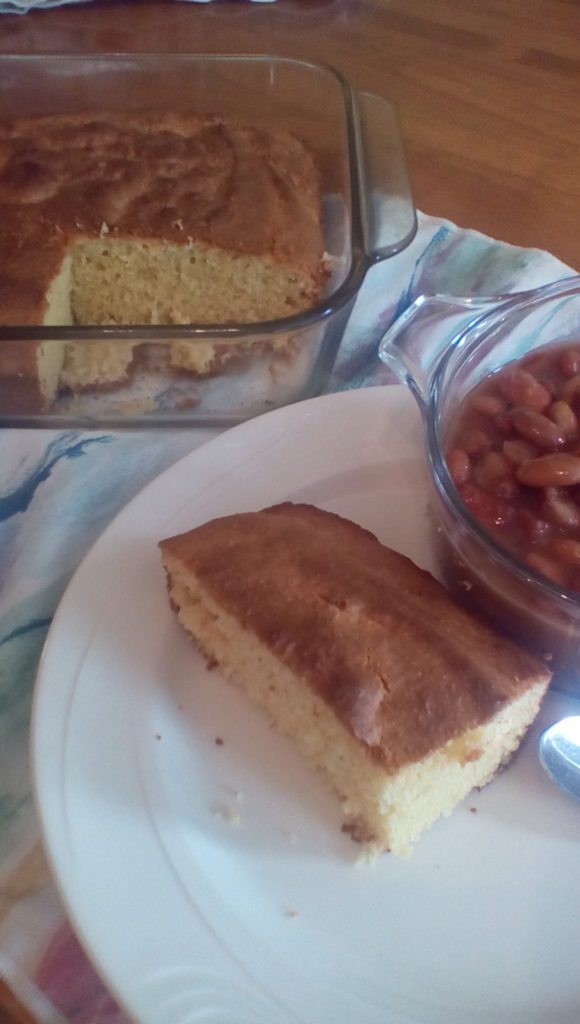 A delicious crusty cornbread with a softer interior. Pass the butter and sop the bread into the soup!

BEAN SOUP WITH HAM
1 pound navy or pinto beans
5 1 /2 cups water
1 ham bone with some meat on it (you may use ¼ lb. bacon ends instead of ham bone)
1 /2 cup chopped onion
1 /2 chopped celery
1 /2 cup chopped carrots
1 1 /2 teaspoons salt
1 /4 teaspoon black pepper
1 /4 teaspoon oregano or other seasoning
Several drops of liquid smoke (optional)
2 chicken bouillon cubes (crushed)
Combine beans and water in a large saucepan. Heat to boiling. Turn burner off, keeping tightly covered. Let sit one hour. Add the ham bone, onion, celery, and carrots. Heat to boiling and simmer for 1 ½ to 2 hours until tender. Add the rest of the seasonings about 10 minutes before the end of the cooking time, stirring well. Remove bone, trim off meat, and add to soup. Yield 10 to 12 servings.