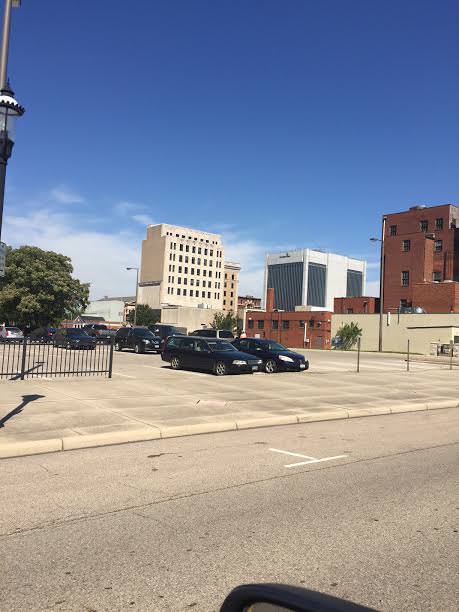 My hometown downtown probably wouldn't make my list, but it is improving

Admittedly, this list is very subjective, but I've traveled a lot over the years and have had a chance to sample many small towns, more small towns than large.  And I can sort of quickly gauge whether I like the place or not, what sort of color or character it has, etc.  Some places like Lima, Ohio just have glum downtowns, while other cities the same size have seemingly vibrant downtowns teeming with activity.  Ugh, Jackson, Michigan (admittedly, it's been years since I was there) was another town where I just saw the downtown and went "ugh."  So, here is a very subjective list of 5 favorite downtowns of cities under 50,000 people.

Traverse City, Michigan:  You just can't beat a lak front, the touristy shops, a giant bookstore (Horizon Books).....I have visited a ton of small-town downtowns over the years and Traverse City would top my list.  Only drawback in the newspaper there, not a fan of the Record Eagle, but otherwise I am a big Traverse City fan.

Quincy, Illinois:  Love the quaint, clustered, bustling downtown.   Quincy is the largest city for miles in all directions which gives its downtown the feel of a much larger city than it is....

Parkersburg, West Virginia:  Another rivertown, hemmed in by smokestacks, etc, maybe not most peoples' choice, but there a bustling downtown, an historic home district, I've been to P-burg numerous times and there's just something appealing about its downtown.

Ionia, Michigan:  I don't remember much about the downtown, but I remember the main road being a beautiful red brick one and that makes it stick out