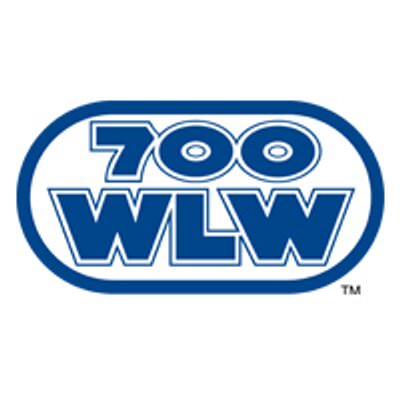 At one time, 700 WLW was - I think - the most powerful radio signal in the USA

BY KEVIN WILLIAMS
Some of the coldest air I’ve ever encountered was one frigid January morning in Des Moines in the early 1990s.

I was in town to do an interview on WHO radio’s Jan Mickelson Show (which to my knowledge is still broadcasting).  The air was so cold that the moisture in the inside of my nose froze as I walked from my car into the spacious WHO studios.  There are other TV and radio stations in Des Moines but, at least in those days, WHO was the only one that really mattered. Soon it was time to take my spot behind the mic and Jan and I bantered about Amish culture and cooking (hard to believe I was talking about the same topics way back then), took some listener calls for an hour, and that was that.  Jan’s welcoming, warm personality had melted away the icy air and I had introduced Iowans to The Amish Cook column.  But I  doubt I’d make a special trip to Des Moines today (unless I was running for President).   Like every other media landscape, radio has morphed into something unrecognizable from what it used to be.  The cold air in Des Moines has been replaced by the hot air of political polarization.  Seems like most of the airwaves are filled with political talk of one stripe or another, but it didn’t used to be that way.

So, does anyone- besides those tuning in to political shows -  still listen to AM radio?

Other than  an occasional baseball or football game, I just don’t listen to it anymore.

Radio is a medium of imagination and a skilled host weaves a tapestry of story with oratory and information, inflection and emotion.  When I was in high school I went to sleep every night with a crackling transistor radio at my bedside.  Often I’d fall asleep to the booming baritone of Reds Hall of Fame announcer Marty Brenneman calling balls and strikes or spinning stories about Johnny Bench and Pete Rose. For a socially struggling high school student, radio knew no nerds, everyone was welcome.

My hometown of Cincinnati used to be a cauldron of on-air AM talent  (sorry for being so local, but our Cincinnati readers may remember greats like Jerry Thomas, Rich King, Alan Browning, Dave Lee).   The booming signal of “The Big One” 700  WLW could be heard in most states at night.  I remember once driving at dawn on the northern tip of Newfoundland some 1900 miles from Cincinnati and hearing the crackling signal of 700 WLW on my car radio.  It was comforting in that cold, desolate, lonely Arctic-scape. And I remember my father talking about Cincinnati station WSAI’s signal being audible on board his navy ship somewhere in the Atlantic when he was in the service, connecting him to the Queen City’s quirks if only by signal.

There are other great stations.  Fort Wayne has 1190 WOWO radio, St. Louis has KMOX, and Louisville has 840 WHAS.

When I was a teenage drifting to sleep,  I’d slowly turn the fat knob on the transistor radio and in would crackle Louisville or Philadelphia, or New York.  WBZ in Boston was a favorite.   I’ve been a guest a couple of times on Jordan Rich’s show on WBZ, the last time about 10 years ago.  I thought maybe I was the only WBZ listener in Ohio but when I gave a talk the next day in Zanesville, a woman in the audience had heard me the night before on WBZ.  Radio is a medium of shared experience that knows no boundaries.  I've been a guest on many radio and TV programs, but I always enjoy the warm of the airwaves more than the harshness of the camera.

In addition to the local hosts, there were national talk shows that I’d tune in to, long before radio’s landscape became so political.  Bruce Williams doled out financial advice ( I should have listened to it more),  Sally Jessy Raphael was great on radio and the late Dr. Joy Browne dished out relationship advice.  And local radio hosts doled out personality and vanilla, welcoming warmth.  I miss those old-time radio hosts who gradually seemed to be replaced by more shrill “talk radio” types.  The shared experience of those genial radio hosts are fragmenting as people seek validation of views in podcasts and politics.

Meanwhile, I’m not sure what happened to my transistor radio.  My social life improved and the need for that connection diminished as I pursued more typical high school activities.  But the memories of those AM radio hosts with their mix of music and mirth remains a fond, if distant, memory.

So did I leave out any big stations that should have been mentioned?  Anyone remember a favorite radio host?