This is an almost mythical pie among the Amish.    It is an amazing-tasting pie and occasionally - and I mean, only occasionally - you can find it being sold in an Amish bakery.  If you see one being sold, grab it (and then pay for it).   The last time I had vanilla crunch pie was at an Amish benefit auction in Adams County, Ohio and, man, looking back, I wish I had bought and eaten two slices inside of one.

If done correctly, this pie has a crumbly, crunchy top encasing a gooey, hint-of-vanilla filling.  The pie is very much in the same tradition as oatmeal pie, another Amish confection. 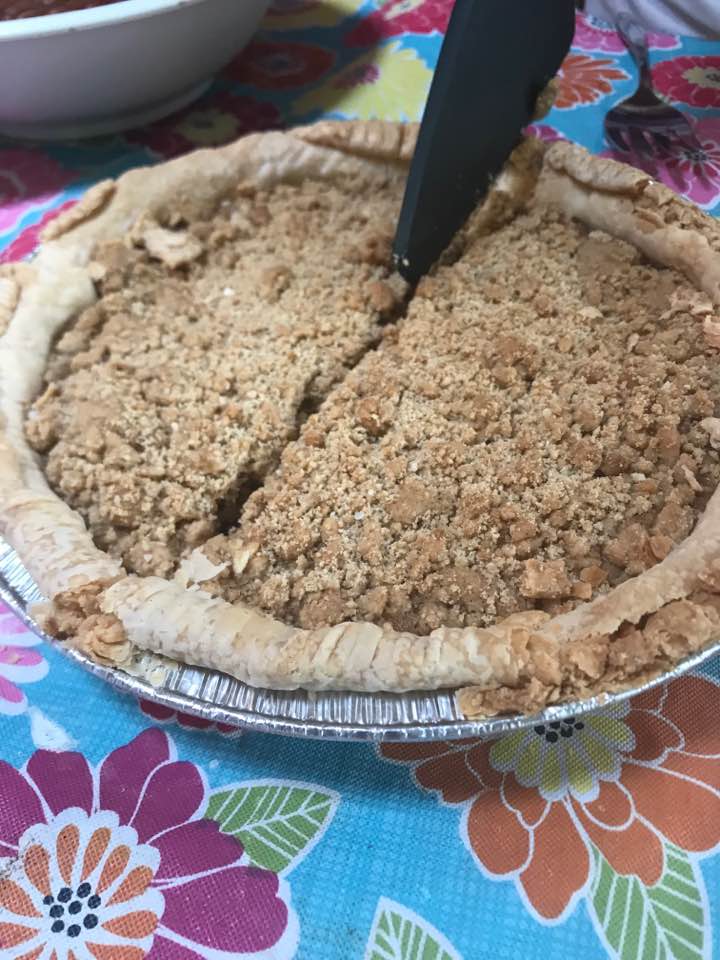 This is Lorelei's Vanilla Crunch pie, she definitely got the crunch part down...you really want to have a good crunch/crumb layer followed by that silky, vanilla bottom... 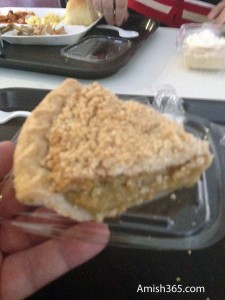 Not a very good photo, but this is one took of actual Amish-made vanilla crumb....a think crumb layer covering a thick filling. Wow!

My 13-year-old niece, Lorelei, brought a vanilla crunch pie to a family gathering over the weekend and I was elated.  My elation quickly evaporated to resignation when I realized there was only one tiny sliver left by the time I made it to the pie.  And I shared that with my wife. So the one bite I got really didn't give me a good feel for how she did.   The bite I tasted was good.  Maybe the filling could have been a hint thicker and a hint more vanilla-y, but that's just me.

Amish bakers had to be resourceful and wily, often scrounging up whatever they had then trying to create something memorable out of it.  Vanilla crunch pie fits that bill, so as you plan out your Thanksgiving menu (yes, some people are that organized that they are starting now), you might want to add vanilla crunch to the menu!

Tried this recipe?Let us know how it was!
« Amish in the News: Driving Safely in Amish Country, Some Wonderful Amish Pie Recipes, Illinois Oldest Amish Community, and More!
Scenes From An Amish Picnic »