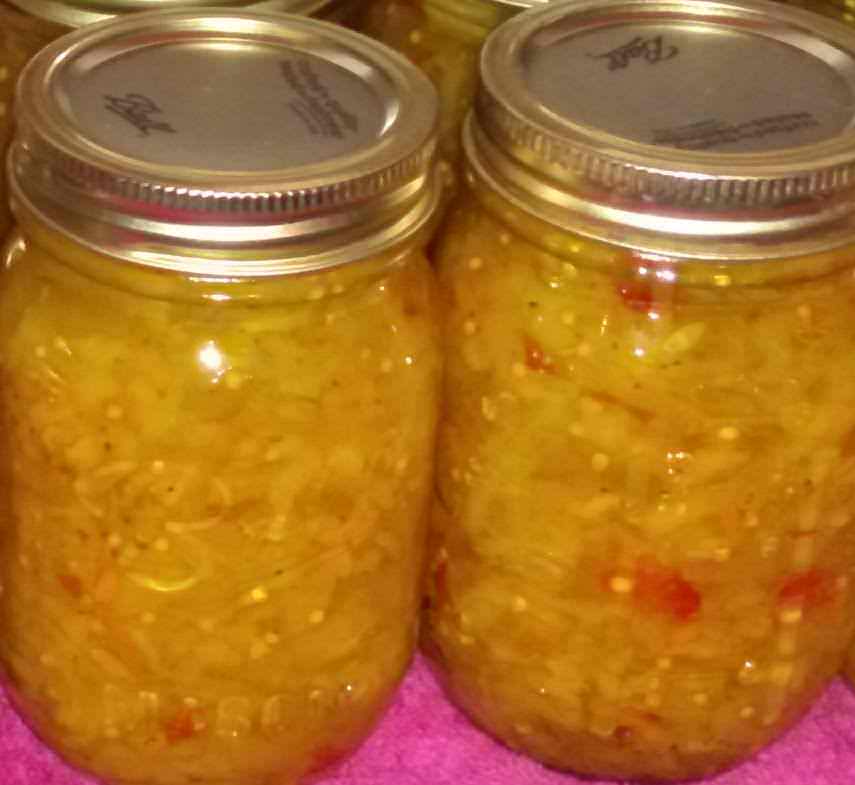 This is a stock photo of chow chow, the recipe below is a doozy!

The Amish  – especially of Lancaster County – have become well known for their chow chows. The name is peculiar and there is some speculation that the name has its origins in the French language where the word cabbage is chou.  Yet others speculate the dish has Asian origins. Wherever it came from, chow chow has established itself as a favorite “end of garden” relish for many Amish cooks.  This recipe is from our Original Amish Cook Cookbook published back in 1993.  There are a LOT of unanswered questions in this recipe, but this is how it appears so this is how I am publishing it.  It is a LOT of veggies list so you may want to cut back.  And do you cook them all together?  If so, you need a HUGE pot.  If you don’t, then you need MANY pots.  And you really need to know what you are doing when it comes to home canning, and I don’t. But for those out there who know their way a canning kitchen, perhaps this recipe is of value!