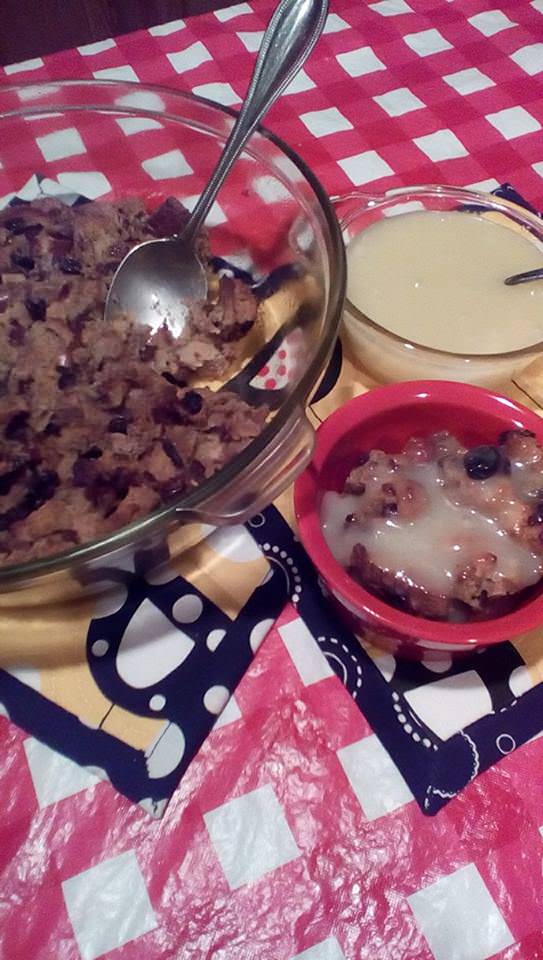 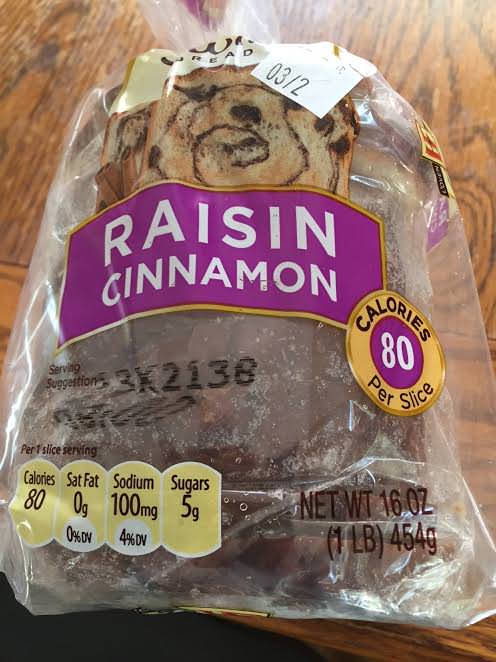 In a pinch, perfectly fine to use a loaf of store bought cinnamon raisin bread like this one in our freezer.

We know that cinnamon raisin bread is a staple of breakfast in Amish kitchens.  But often its fun to find variations, or "twists", on popular recipes.  So what happens when you turn traditional cinnamon raisin bread into something else special, like a pudding?  Thanks reader Barbara for making this and sharing it with all of us!  Now this recipe calls for a whole loaf of cinnamon raisin bread.  If you are ambitious you can make this Amish recipe for your own, but you can also cut a huge corner by just using a loaf of store-bought.  I'm sure it would be good either way.  Make a double batch of the sauce so you can use it with the leftovers!

Combine first 7 ingredients in large bowl; stir in raisins.  Cut bread into 1" chunks and add to egg mixture. Stir gently to cover all bread.  Pour into greased glass baking pan or casserole. Bake at 350 degrees for 50-60 minutes or until a knife inserted comes out clean. 4. Let set for 10 minutes before serving (is great host or cold). Serve with the following sauce.

Ingredients: ½ Cup Heavy Cream 1 Stick Butter ½ Cup Sugar Directions: 1. In a heavy saucepan bring all ingredients to a boil over medium-low heat, stirring frequently not to burn. 2. Boil for 5 minutes and remove from heat.