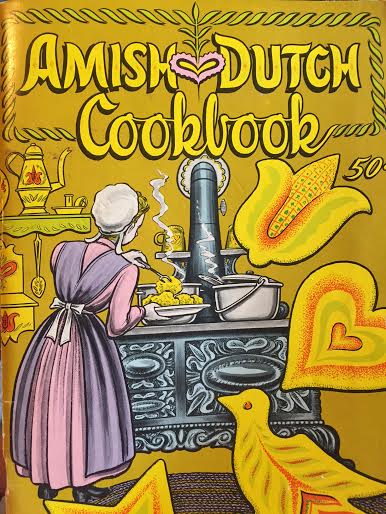 FOOD FOLKLORE: A link in the evolution of Pennsylvania Dutch food into “Amish” food.

I stumbled upon this cookbook on Etsy years ago and bought it for a few bucks.

As someone who studies Amish culinary history, this interested me very much.  At some point  in the first half of the 20th century Amish cooking began to get lumped in with Pennsylvania Dutch fare.  Historically, the two cooking styles were quite different.  Pennsylvania Dutch cooking incorporated the legendary “seven sweet and seven sours” and had a much greater German tilt than the typically more bland, plain Amish culinary traditions which tilted towards baked goods.  I have a popular Culinary Arts Press cookbook of Pennsylvania Dutch Recipes from the 1930s and it was firmly in the “Seven Sweets and Sours” tradition. This book – The Amish Dutch Cookbook – is from the 1950s and seems to capture the beginning of the blending of Amish and PA Dutch food.

I can’t find much online about Ruth Redcay, the author, but the slim cookbook is a collection of recipes culled from various restaurants in eastern Pennsylvania.  Some of the recipes are quite fascinating. I’ll share some with you in the coming days, although I don’t know that “Beef Tongue Ginger Cookies” will be one of them.   The title of the recipe really threw me but upon closer inspection it had to do with the shape you mold the cookie into, not ingredients. Whew. Recipes like “Glazed Ham Rolls” are clearly Pennsylvania Dutch in original (spiced with apples and ground ginger, not an Amish tradition), yet I do see some Amish influences seeping into the book.  There is a recipe in the book for “Christmas loaf”, clearly a Pennsylvania Dutch early version of what most of us now know as fruit cake.

There is a section called “breadstuffs” and that is where I noticed the most Amish influence, not surprisingly.

There is an introduction in the book by a K. Kaufman (no first name given, that combined with the last name lead me to believe he/she could have been Amish).  I’ll share more from the intro with you in the coming days, but he describes the Amish as being “Steeped in the tradition of good food are the Amish folk living on great, bountiful farms set among rolling green hills.  Each a perfect patchwork pattern of its own.  These good people, despite their use of old-fashioned, indeed to many of us, historical types of implements, out on the farm as well as in the farmhouse know and live by the precept that delicious mounds of steaming food make for a strong people of great character.”

Mounds of steaming food? Sign me up!:)  Okay from the breadstuffs chapter, here is an Amish recipe for “breakfast cake”, which, to my eyes, seems like what we call “coffeecake” today.  Although I have to admit, the recipe – like many in the book – can be tough to follow.  Reserve some of the cake batter to be used as topping? Then sprinkle cinnamon on that?  Kind of an odd set of instructions, but tasty, according to Milca at Dutchcrafters who prepared the recipe for us…here is what she had to say about the Amish Breakfast Cake:

It’s good. It’s not overly sweet and the crumbly topping helps to give it depth – especially after sprinkling the cinnamon on. It’s good with coffee, tea, or hot chocolate, too.

And here are her photos: 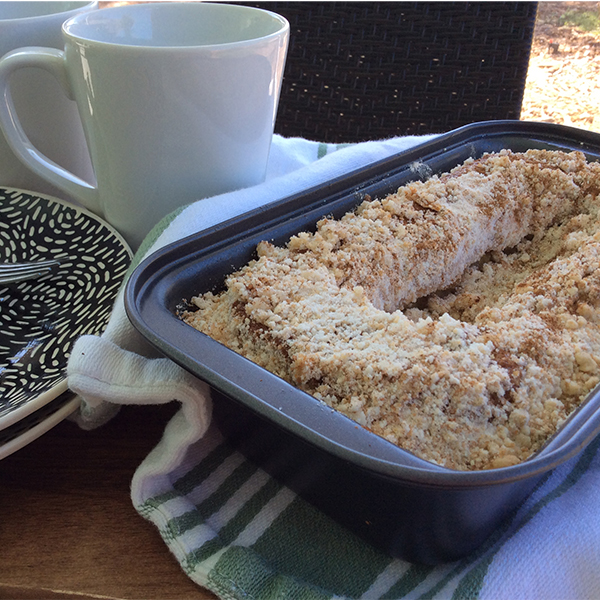 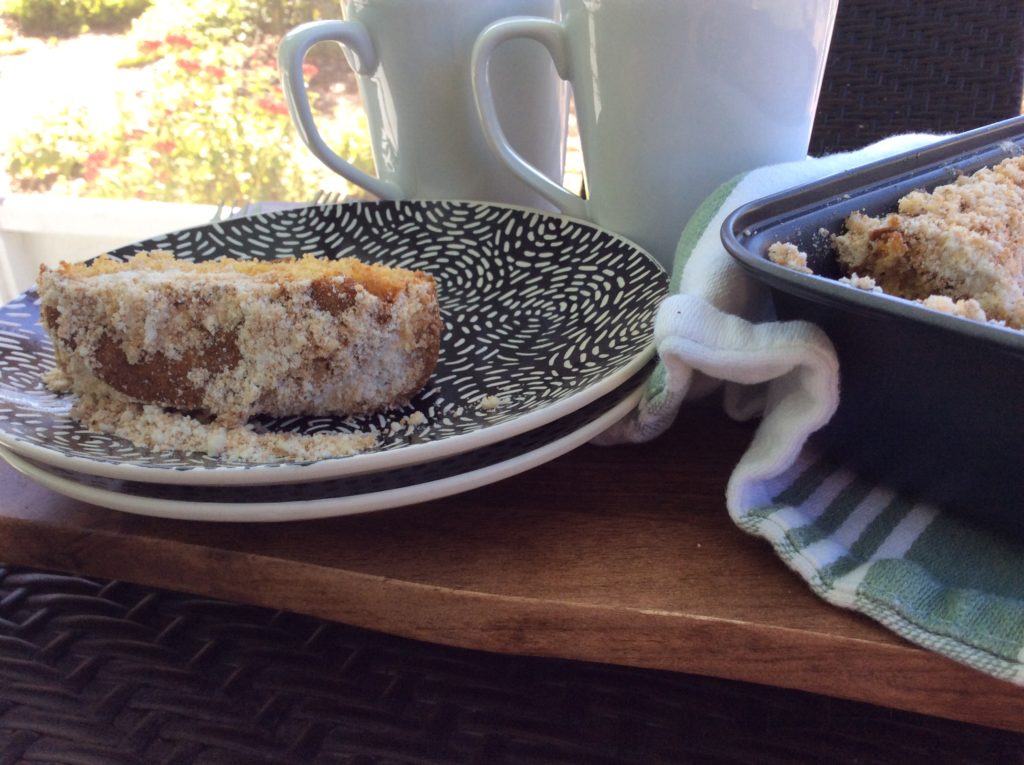 Delicious with a cup of coffee 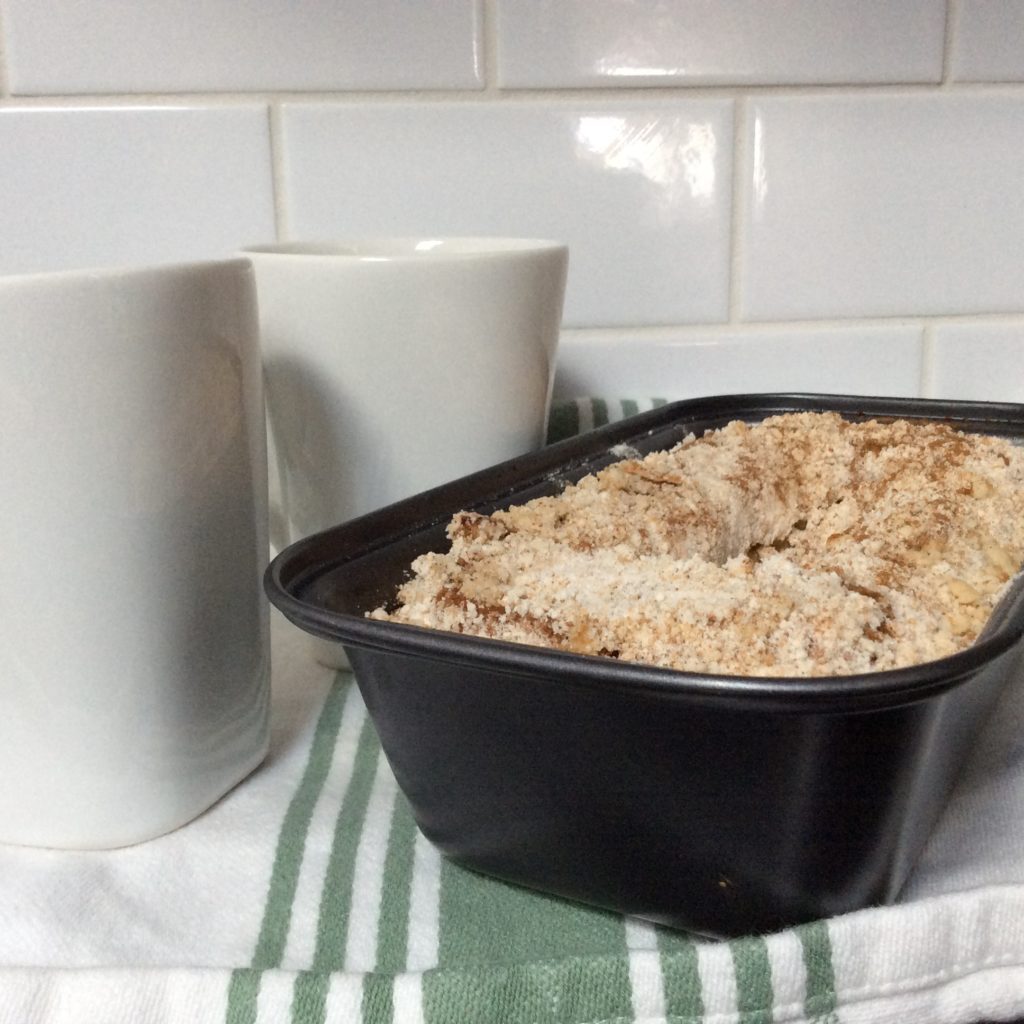 The crumb topping is an amazing addition 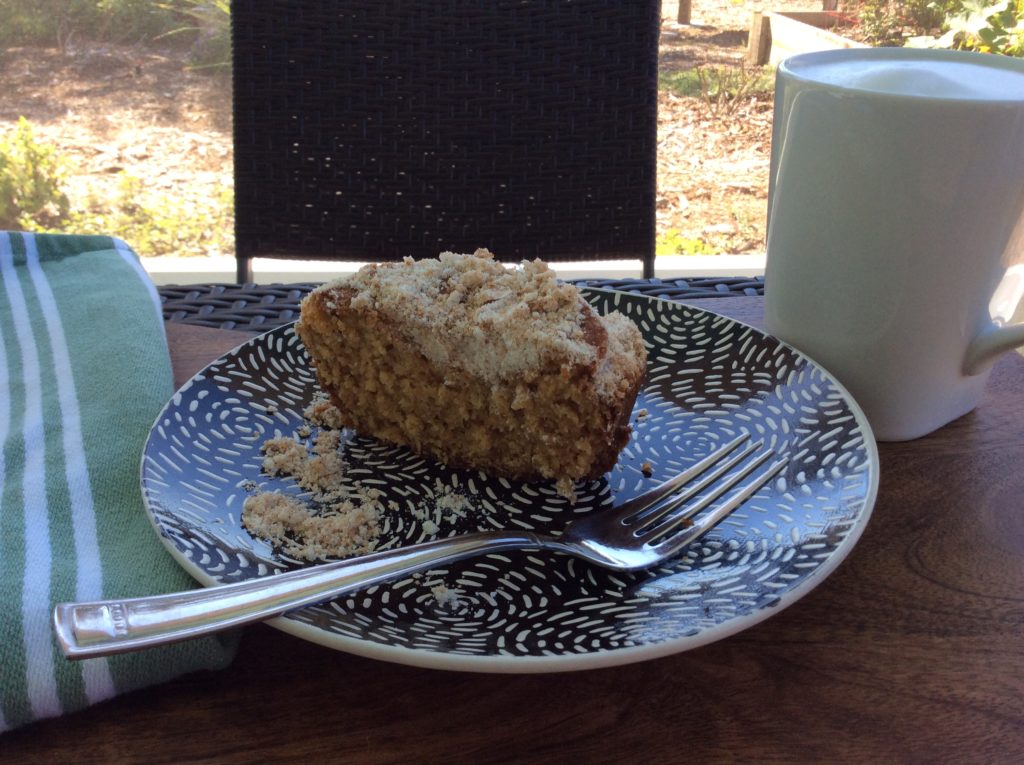