This pizza pockets creation was a recipe from Gloria that I had wanted to try for a long time and, well, what else are going to do during a lockdown?
I have memories of "hot pockets", a frozen, pizza-type meal that my mom would sometimes buy when I was a kid. And, man, those pockets did get hot, but they were such a good, gooey, cheesy meal.  Pizza - of all variations - is popular among the Amish.

Our Amish Cook columnist, Gloria Yoder, published a homemade version of a "hot pocket" - a pizza pocket - several years ago and I had always wanted to try it.  Yesterday, I finally did.

And, you know, after doing all this rolling, making dough disks, sprinkling cheese, spooning sauce, and folding, I asked myself "why the heck am I not just making a pizza instead?"  It's kind of a lot of work when you could basically get the same flavor, taste, etc by making a pizza.  Still, these are like calzones.  My girls - unlike me - are pretty picky, so I ended up making the pockets just filled with cheese. I think if I could have stuffed them with mushrooms or meat or other veggies then the payoff would have been more worthwhile.  I also, in retrospect, would have made my pockets larger and gotten for a calzone effect.  Now, one good reason to make the pockets instead of a pizza is their portability and freezability.  You can make a bunch ahead of time, freeze them, zap them in the microwave and run out the door.  You could do the same with a pizza, make a few ahead of time, but trying to store a pizza in a crowded freezer is more difficult than putting a bunch of pockets in a sealed container

Oh, the other thing I ran into was lack of pizza sauce.  SIGH, I should have just used spaghetti sauce. We had a jar on hand, but, I wasn't sure whether it was destined for something else and the last thing I wanted was my wife preparing spaghetti for supper sometime and hearing the "I thought for sure I had a jar of spaghetti sauce."

So I found one online and improvised, my daughter didn't like it, but I'll do that recipe in a separate post.  Here are the pizza pockets: 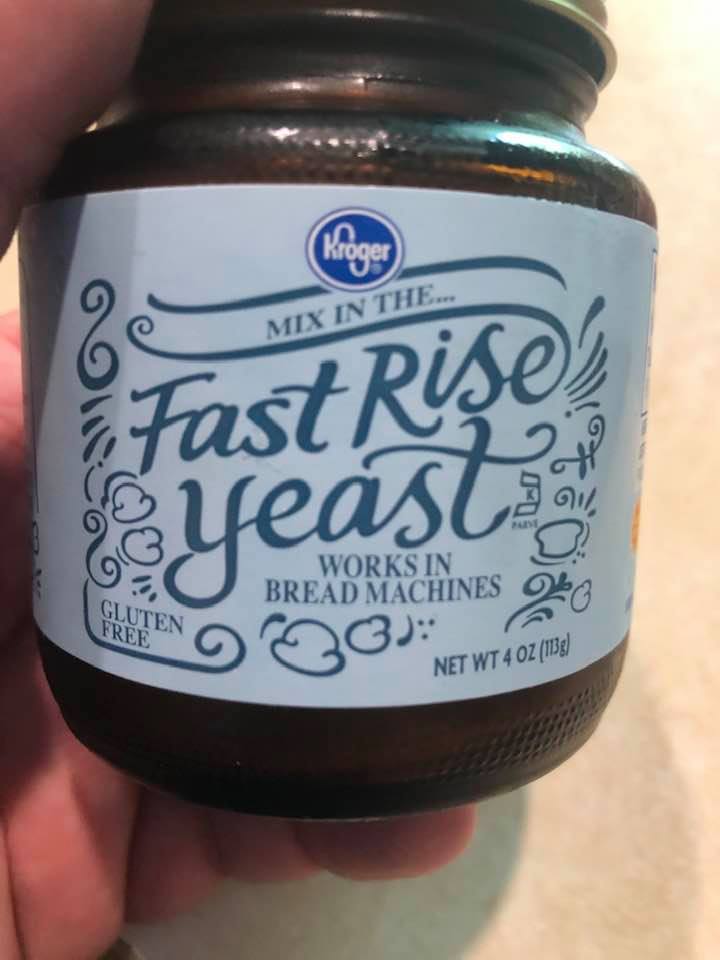 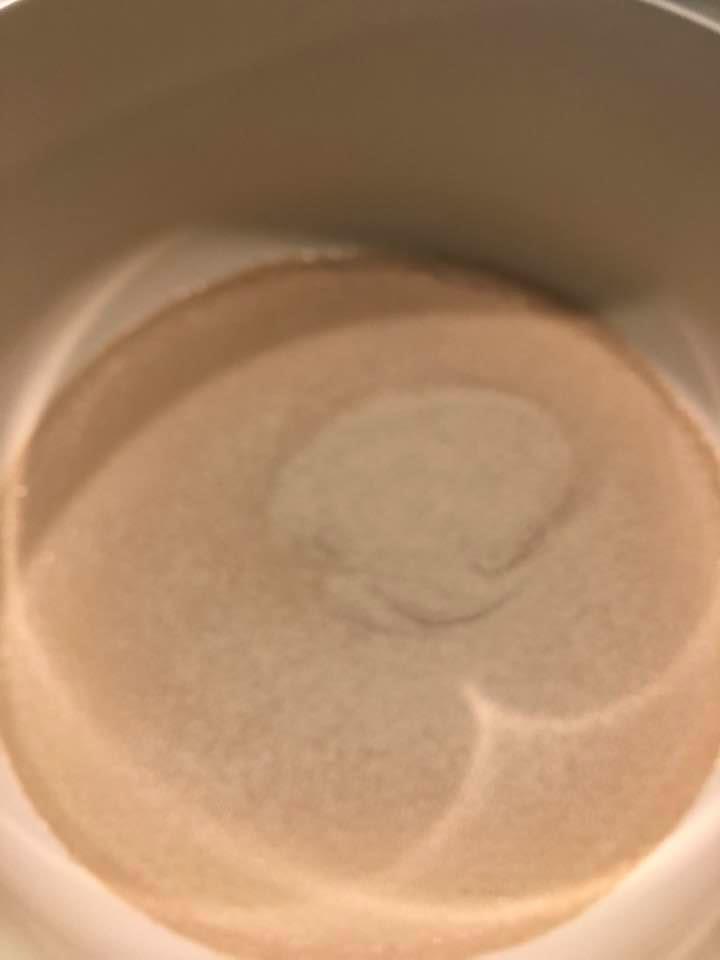 Dissolve the yeast in warm water. 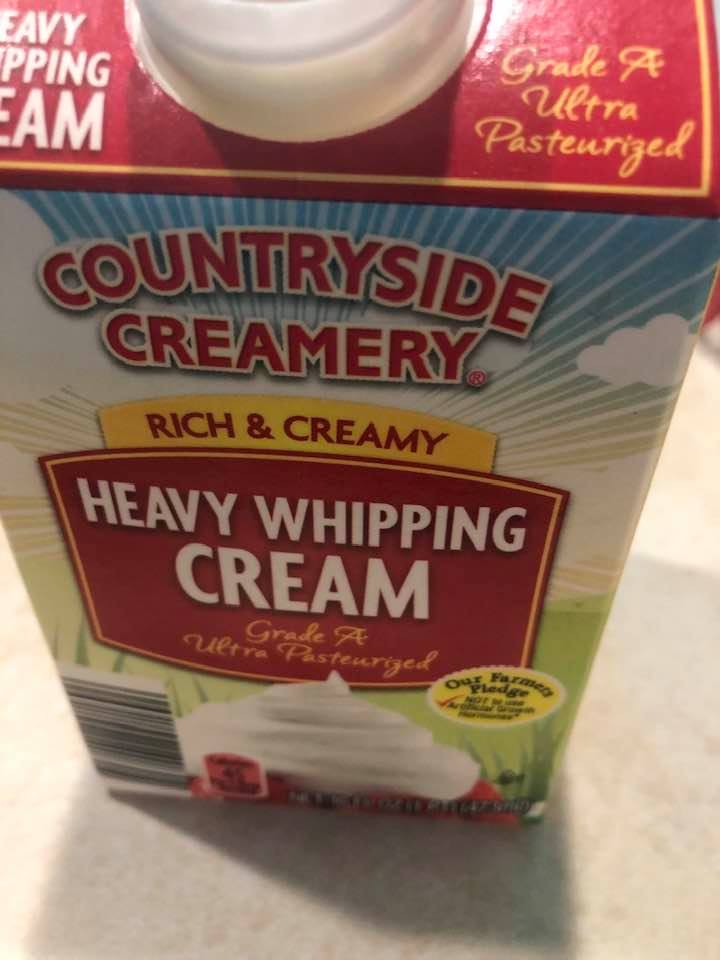 You can use evaporated milk, that is what Gloria's recipe calls for, or use heavy cream, it worked fine. 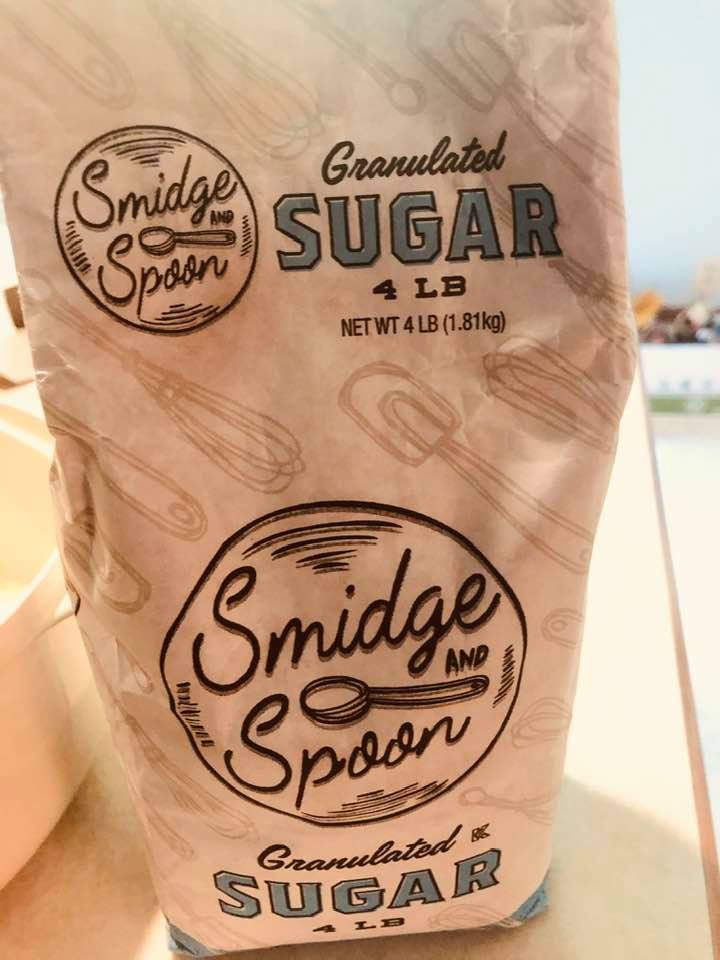 recipe calls for some sugar also 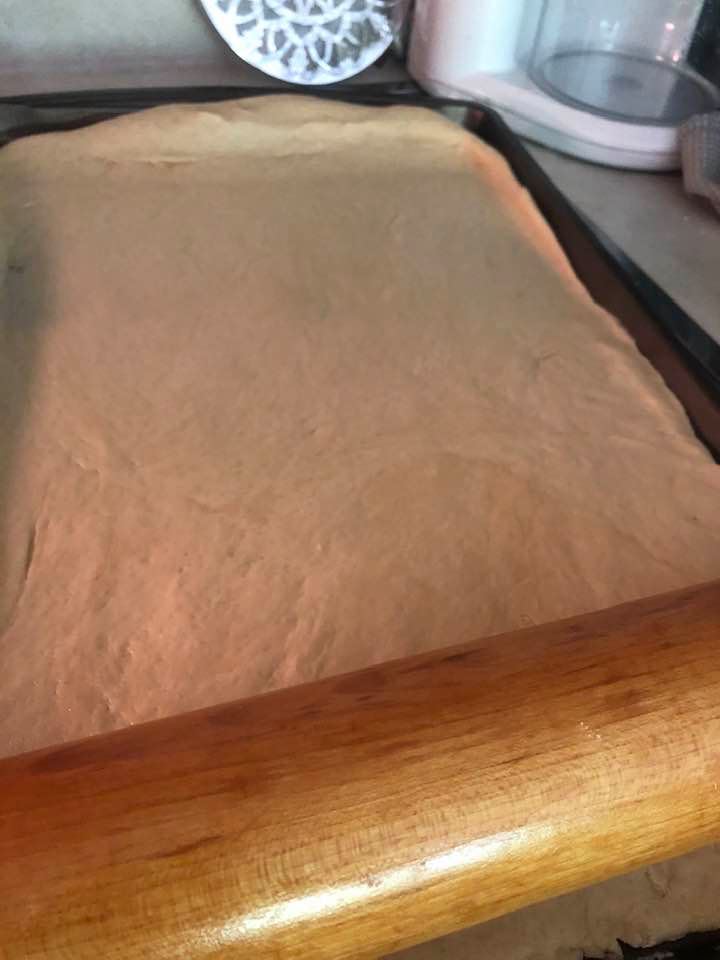 After letting the dough rise twice, roll out on a cookie sheet... 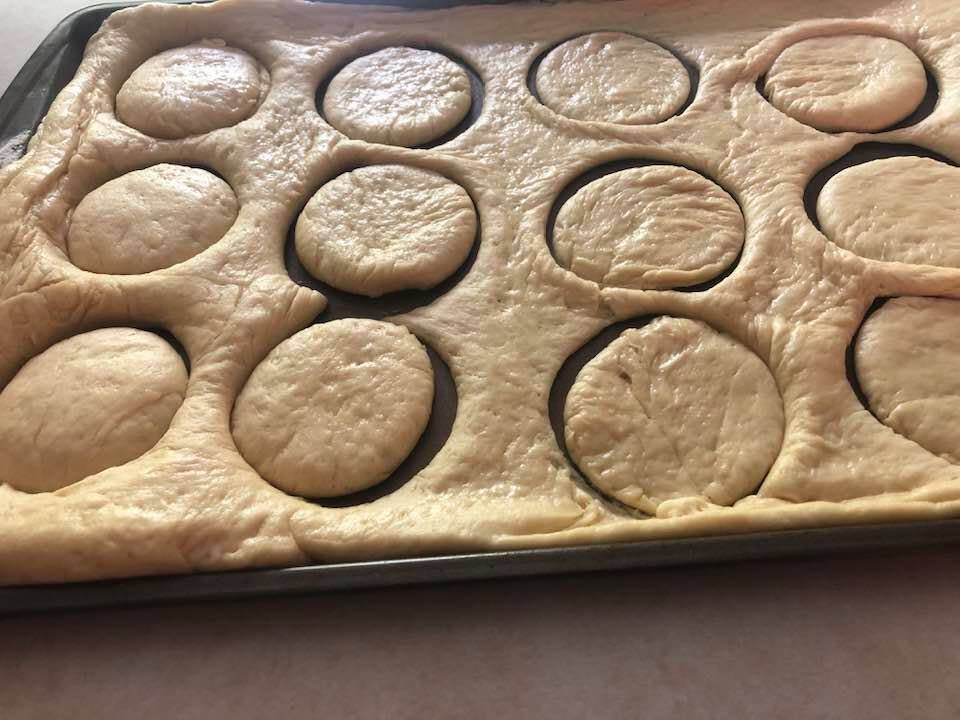 I used a plastic cup to cut the dough circles out with, but, in retrospect I might have used something larger to make bigger pockets. 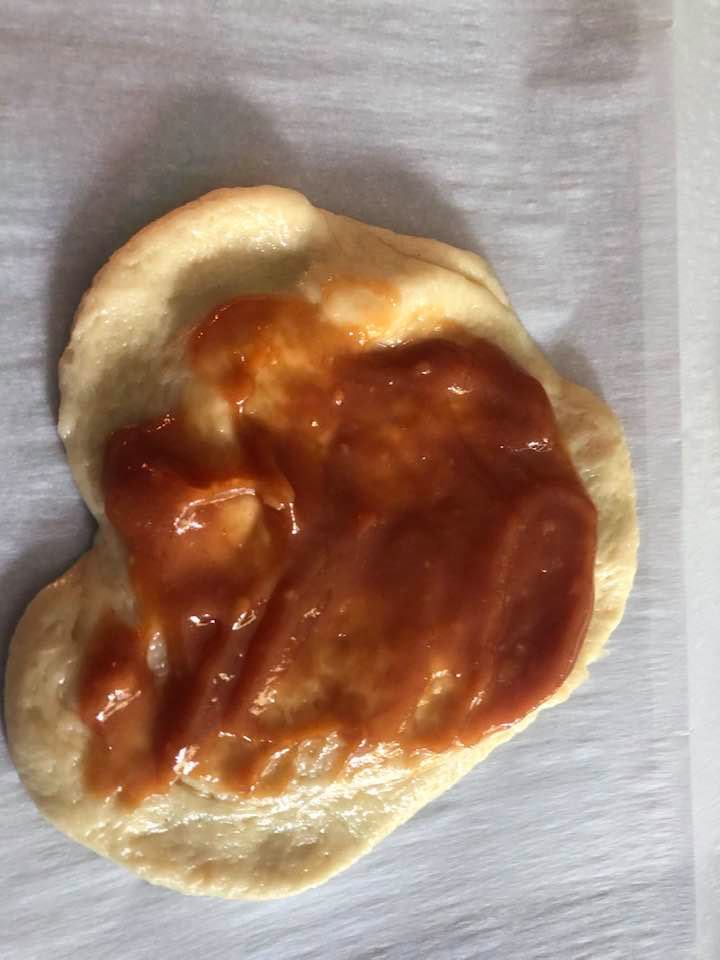 Spread some sauce.....and top with cheese and other toppings 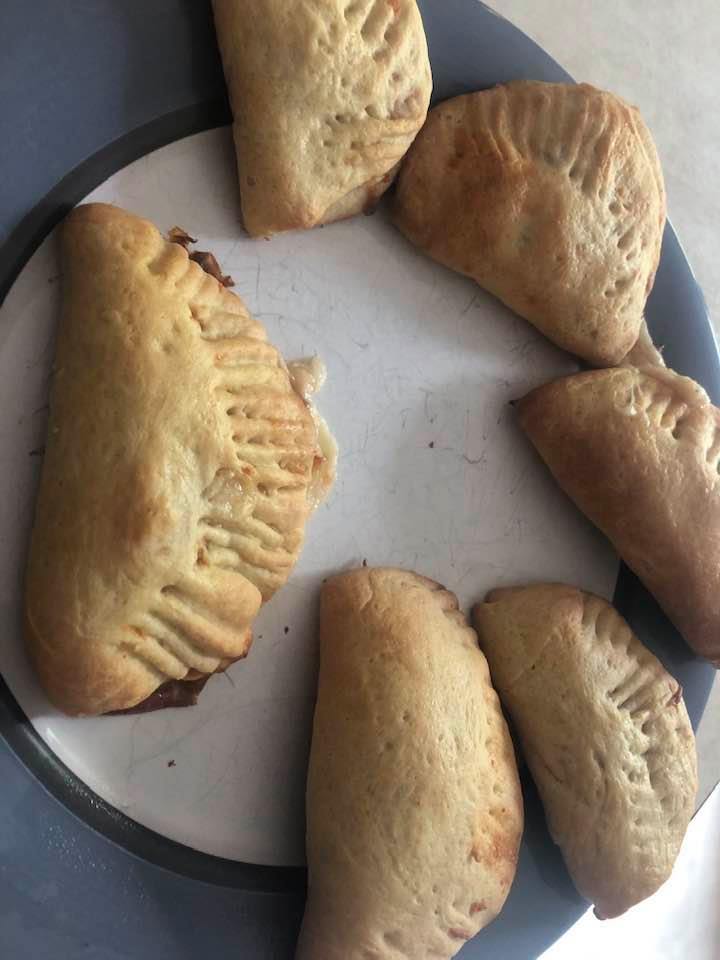 After your toppings are added, fold the dough over and pinch shut, pressing with a fork adds a nice visual touch 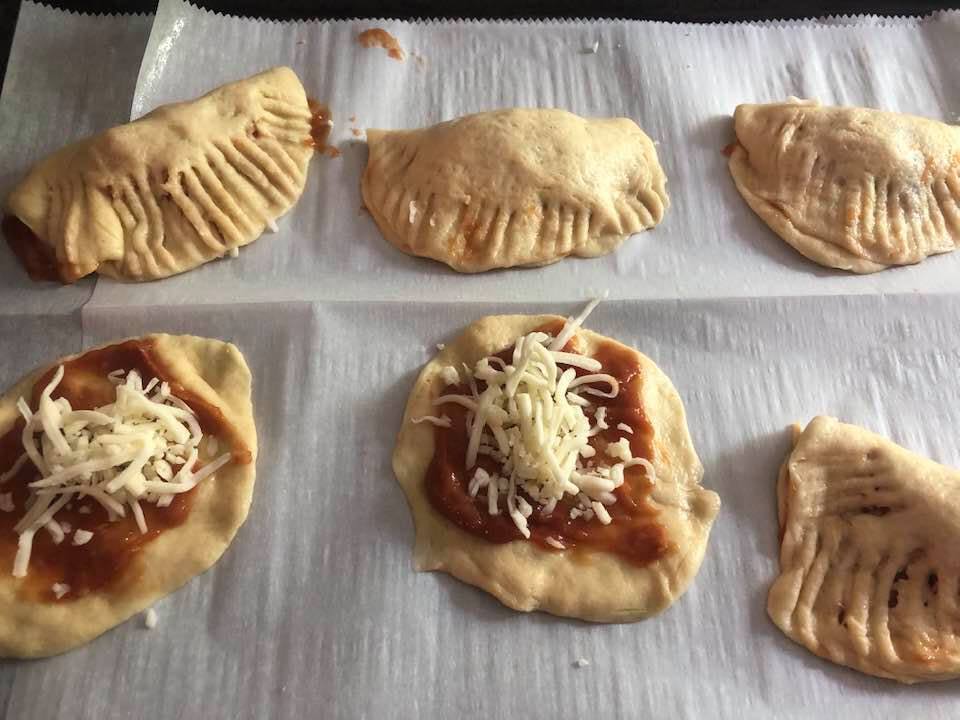 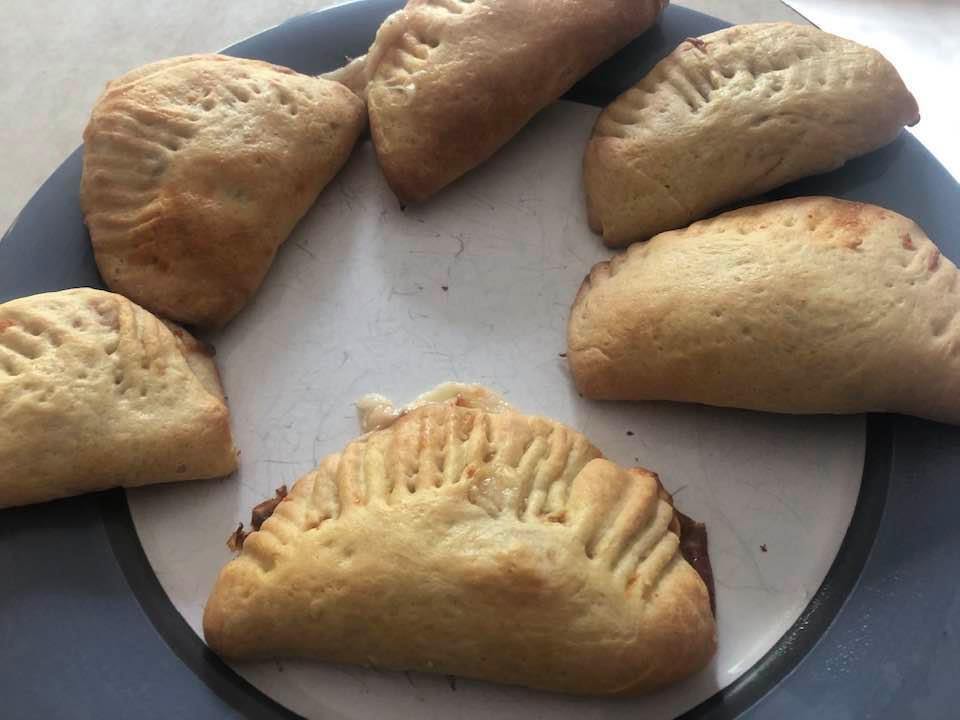 Baked for about 12 - 15 minutes and you get an amazing pizza pocket!