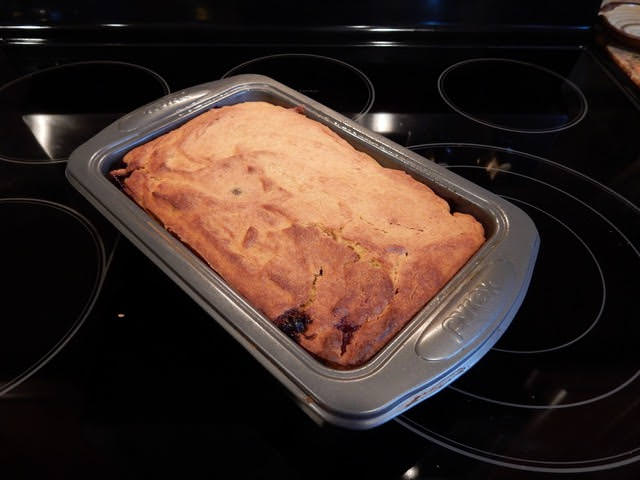 Pumpkin Blueberry Bread coming out of the oven 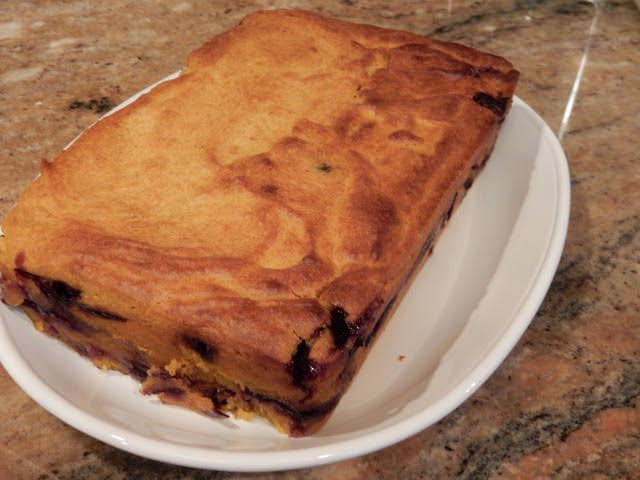 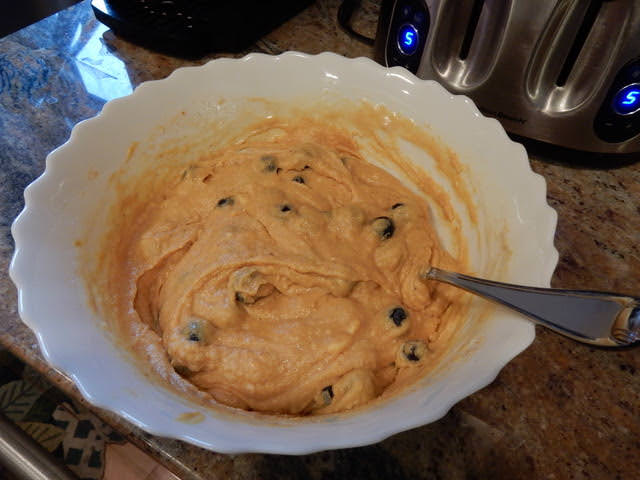 I know, you're thinking, wait a minute, it's not autumn, what the heck are you doing posting a pumpkin recipe in March?   But, you know, why the heck not?   I mean, if you have canned pumpkin sitting in your pantry, leftover from Thanksgiving, do you really want to keep it sitting around another 7 months until it's time to use it again?  So, this might be a good time of a year for a pumpkin purge.  Or maybe a pantry purge.  My mom was determined to get rid of her pumpkin that had been populating the back corner of her pantry.  Why she wanted to marry pumpkin with blueberries remains a mystery and she agreed that the combination did't really sound that good, but she did what any clever cook does these days: searched the internet.  That's where she found a recipe for pumpkin blueberry bread on an Australian website.  And, you know, by golly, it's really good. I skeptically tasted some, and the juicy, plump blueberries are encased in this pleasantly spicy, moist bread.  My 3-year-old Aster thought it tasted like "banana bread" and I could see her point.  I think she was reacting to the cinnamon and nutmeg flavor.  Good stuff. So, skeptics, stand down, if you want to do a spring pumpkin purge from your pantry, I highly recommend you buy some blueberries and give this a try!  Spread some butter on it and it is even more of a win, or since this comes from Australia, spread some vegemite (just kidding, although, hmmm, wonder how that would taste?)