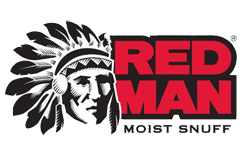 Flipping through Amish cookbooks can be an interesting culinary and anthropological experience.  But sometimes I come across a recipe that just has me scratching my head.

Recipes come into Amish culture the same way they do to all of us. Okay, well, not Pinterest, but friends and family.  Some of the recipes are obviously not Amish.  Watergate Salad has its origins at the infamous Watergate Hotel but has become a favorite among the Amish.   I was flipping through an Amish cookbook earlier today and it has a recipe for "Nieman Marcas" cookies.  Yes, the store's name is spelled wrong in the book.  Neiman Marcus, anyone?  This cookie recipe has its origins in an email chain letter (remember those?) that was once popular.  You can get the recipe and backstory here.

Most oddly named recipes in more modern Amish cookbooks I can go online and usually trace the origins.  But I'm stumped at this recipe for "Red Man Brownies."  There's nothing online remotely close to that.  It's a very basic brownie, it doesn't call for a half cup of snuff as I had sort of feared when I saw the title.  The recipe was submitted to a small Amish family cookbook by an Ivan Coblentz.   How did they come to be called "red man?"  Is it a politically incorrect reference to Native Americans?  Tobacco?  Sun burn?  Does anyone know or have any theories?