Here are six more Amish recipes that use spaghetti!

Skillet spaghetti is a favorite on Amish farms.  Unlike the Italian kitchens I grew up in, spaghetti is often prepared differently.  In my childhood, spaghetti was treated with almost religious reverence.  The pot was prepared, oil and salt added to the water and brought to a roaring boil.  The sauce simmered elsewhere on the stove.   My grandmother would declare spaghetti done when a piece stuck to the wall.  She’d take out a small strand and stick it to the wall.  And then, when it was time, spaghetti would be piled high on plates and that was the meal.

In Amish kitchens, spaghetti is more of an afterthought, an addition to a meal.  That doesn’t mean spaghetti isn’t loved, it’s just not revered in the same way.  This dish is an example of where spaghetti places a supporting role, sharing equal billing to the meat and cheese.

Try this easy “all in one” recipe! 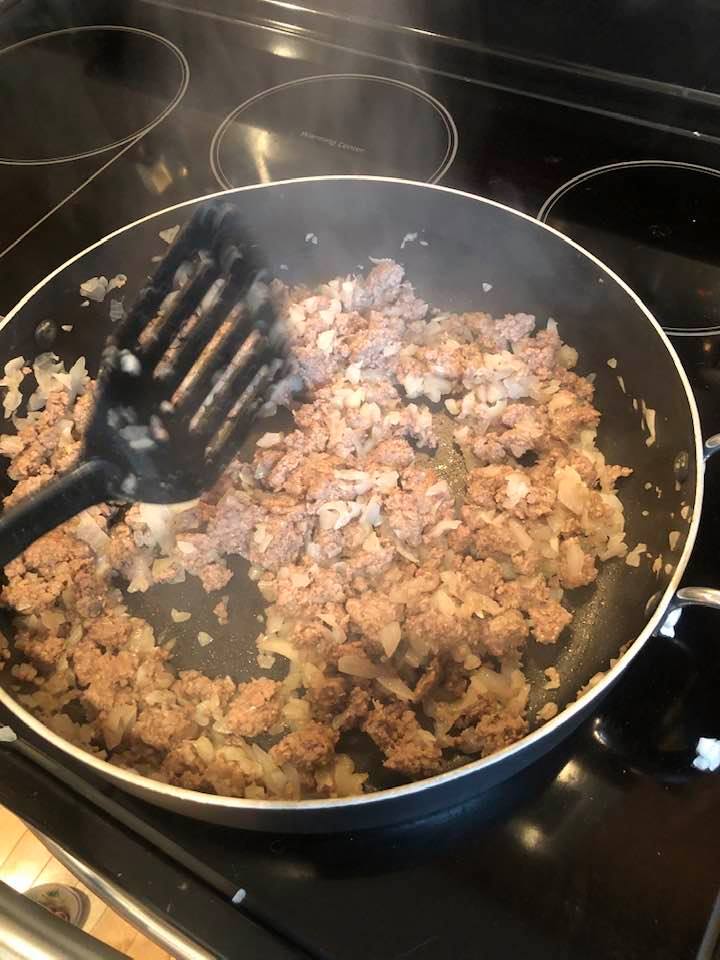 Frying the hamburger and onions… 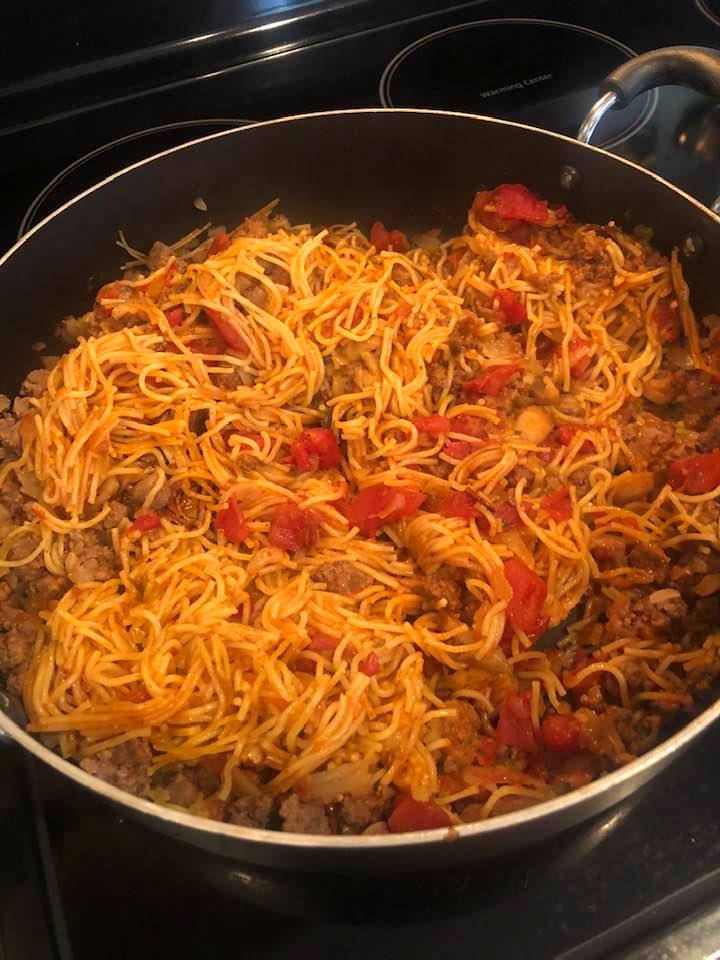 Makes for a filling, delicious supper!