There are many foods that are quintessentially Amish: shoofly pie and chicken corn soup, for instance.  But there are other foods that while they may not be Amish per se, the Amish have adopted them and perfected them.  Cinnamon rolls is one of these.  While visiting Amish communities over the years some of my best culinary experiences have involved stumbling randomly into someone's kitchen and discovering a fresh from the oven pan of cinnamon rolls.  Sure, not every Amish cook makes great cinnamon rolls, but many do...I think the secret to these blissful bites are passed down through the generations, which each household have their own variation on this cinnamony speciality.  We've done a lot of cinnamon roll recipes over the years on Amish365.com, this post attempts to pull them all together "under one roof" in a single post. Enjoy! 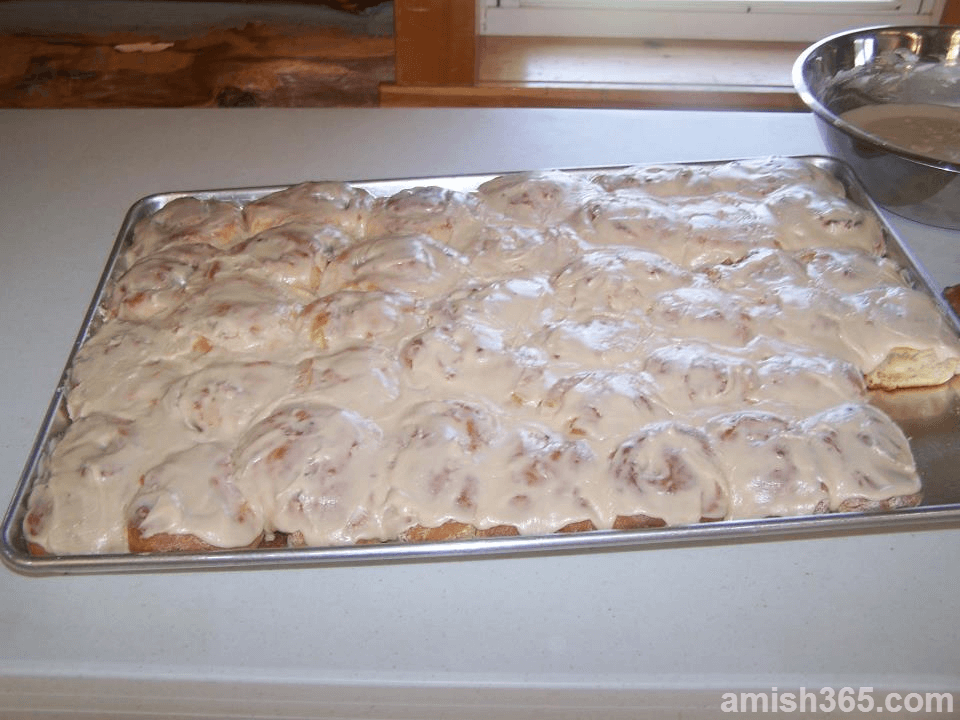 MAPLE CINNAMON STICKY BUNS:  I think I am gaining weight just reading this post, this may be the most delicious of them all. Click here.

MOTHER'S CINNAMON ROLLS: This is an old recipe from the Berne, Indiana community. Click here.

SPEEDY CINNAMON ROLLS:  This, as the name implies, is a quick cinnamon roll.  But the "speedy"could also mean how fast they disappear, because these are good! Click here.

AMISH CINNAMON RAISIN ROLLS:  Nah, I wouldn't ruin a perfectly good cinnamon roll by adding raisins, but if you like raisins, this recipe is for you!

BONUS - MARCIA ADAMS BEST CINNAMON ROLLS EVER:  This recipe is from another website, but I am glad I found it. Marcia Adams hosted an Amish cooking show on PBS 30 years ago. We'll take a look back at Marcia in the coming days.  But click here for her cinnamon roll recipe.