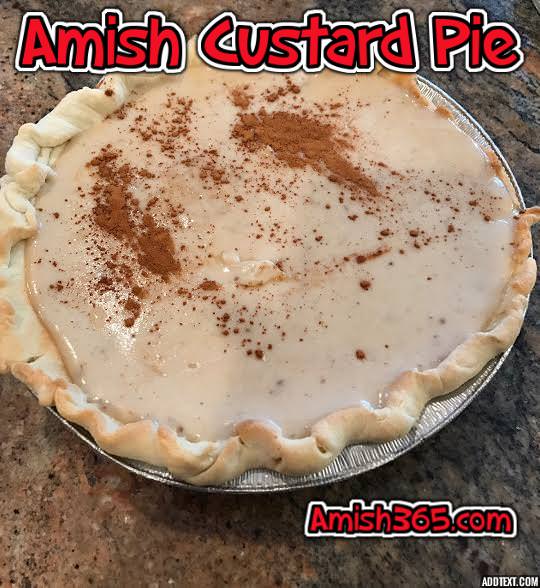 I grew up on my grandma's custard pie.  She would usually either fix apple pie or custard pie to have around the house as a dessert.   Later, as I began exploring Amish kitchens across the country I discovered custard pies were also common there.  Custard pies are assembled from such easy, in-reach ingredients that it makes sense why frugal Amish cooks (and Italian grandmas like mine) would have custard in common.

This is an Amish custard pie recipe from Lydia Troyer in Holmes County,Ohio.  My Mom made the pie to take to my grandma this week.  Just make sure you bake it long enough, do a doneness test and then refrigerate for a good 8 hours to let it set.