Soup is a year-round favorite in Amish kitchens, but the soup changes with the seasons.

During spring and summer, you’ll see much more of a “garden-themed “soup. Depending on the season, you’ll see fresh peas, carrots, corn, green beans, tomatoes, and other seasonal veggies show up in Amish soup recipes. Late summer is a great time for an all-in-one vegetable soup.

During the winter, there is a tendency to eat heartier soups, the cheeseburger soup or a thick chicken chowder. Chili soup is also popular winter soups. Diced celery is added to many Amish soups just for crunch. And most Amish kitchens have an ample supply of homemade noodles, so they show up in many soups.

Do the Amish Use Crockpots or Slow-Cookers for Soups?

What kind of seasonings do the Amish use in soups?

The answers to this question will vary also because the Amish are like anyone else: tastes vary! But as a general rule, you don't find a ton of seasonings in Amish kitchens. Some salt and black pepper is usually about it. You might find some garlic, parsley, or bacon bits added to Amish soups for flavor. You'd be more like to find "heat" added to a soup by way of some diced jalapeno, which have become popular for Amish gardeners to grow!

I’ve seen potato soup on Amish tables year-round and tomato soup, but there are certain soups that seem to enjoy a more fervent following in winter.

Soups, like these 5 Amish Winter Soup Recipes, are a great stand-alone meal or served with these sides:

Of course, soups can also be simply the lead-in to a hearty main course. Taco soups are great with tortilla chips on the side. Sliced summer sausage on the side is also a nice addition. Stew meat can be added to almost any soup for a little extra protein and bulk. Barley can also be added for bulk. But most of these soups require not a lot of ingredients.

Gender roles are very much ingrained in Amish culture. Generally women do the cooking in Amish homes, so a stove-top winter soup in an Old Order Amish home will be made by a woman. However, that changes when the soup is made outside in a kettle over an open fire. That tends to be more the domain of a man. Most of the 5 Amish Winter Soup Recipes below would be made by Amish housewives.

🥘 What type of cookware?

In most Amish kitchens, a big stainless steel stockpot or metal pot will be used to make and simmer a soup. Sometimes a big cast iron kettle. And if it is outside over an open fire, the soup is almost always made in a cast iron kettle. In Mennonite homes, electric Crockpots are more common.

Here are 5 Amish Winter Soup Recipes that are common on Amish supper tables during winter. 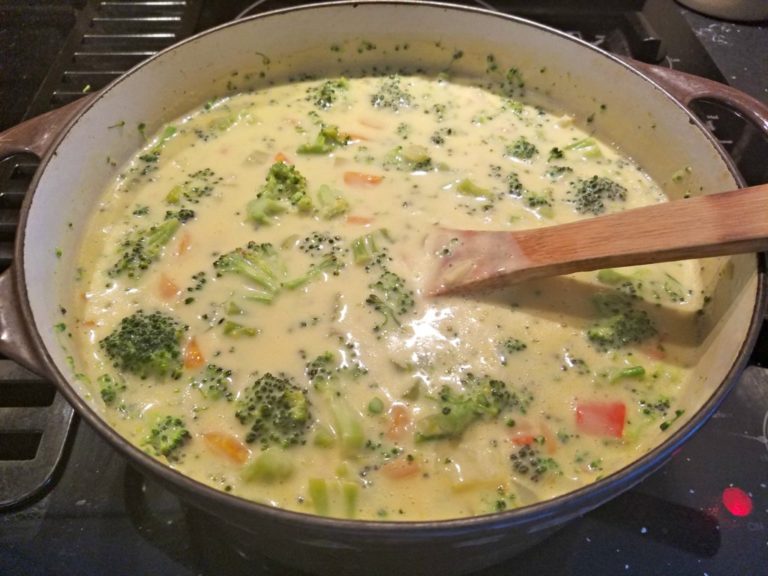 CLASSIC BROCCOLI-CAULIFLOWER SOUP As we head into autumn, hearty thick soups are finding their way onto Amish menus.  The first October chill is starting to add a crisp to the air and nothing warms the soul and the appetite better than a hearty soup. Broccoli soup is popular in Amish kitchens, potato soup is enormously 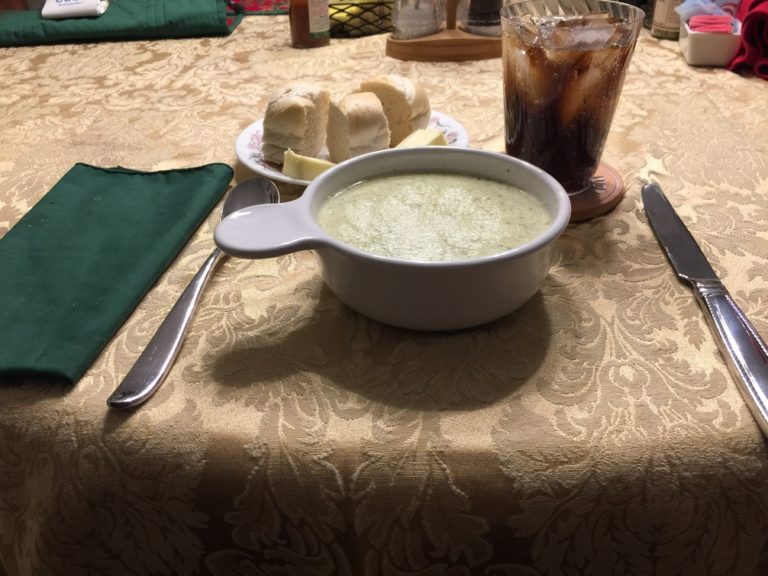 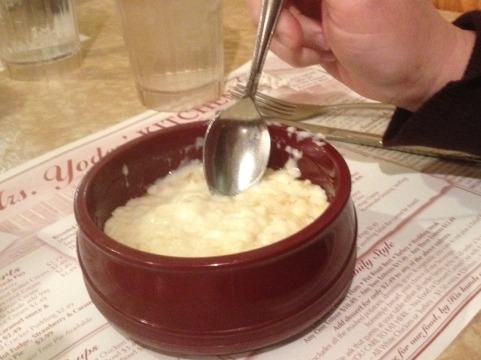 This is classic winter comfort soup, rich in Pennsylvania Dutch tradition. The basic version of the recipe is potatoes, onion, a water-based broth, and tiny dumplings, but you can add your own touches this special soup! 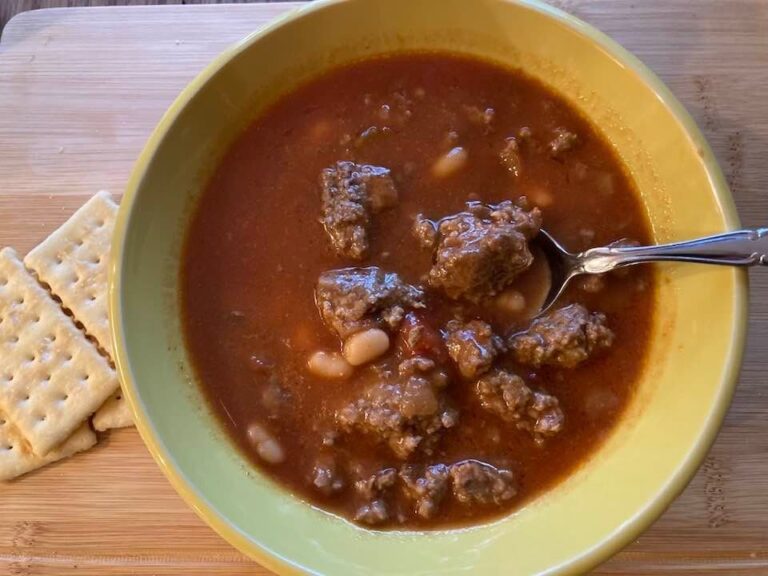 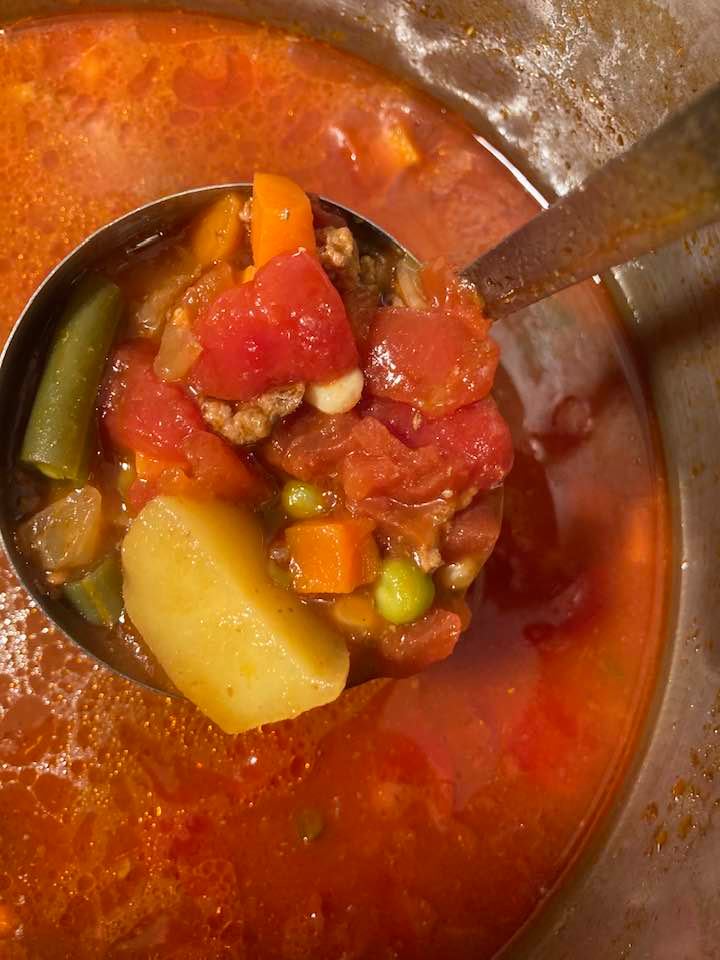 Read more
« What Is Amish Rumspringa?
What is Amish Chuckwagon Chili Casserole? »