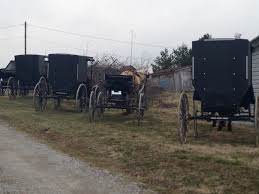 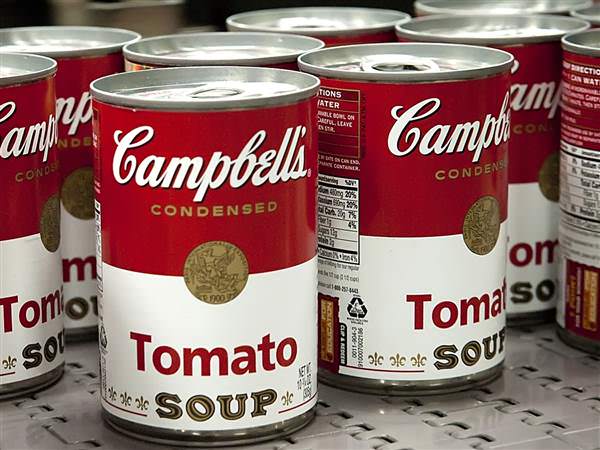 Canned soup has become a mainstay in many Amish kitchens.

The addition of canned soups to Amish culinary history is, obviously, a relatively new one.   Campbell's canned condensed soups weren't even invented until around the beginning of the 20th century.  But like any widely adopted mainstream food trend, whether it is Tex-Mex or pizza, the Amish eventually took notice.

Canned soups were easy to ship and stock in local Mom and Pop bulk food stores where the majority of the Amish did their shopping at one time.   Many Amish still do their shopping at such stores but the prices of big chain-stores like Wal-Mart and Meijer in the midwest have definitely taken their toll.  Anyway, the soups were less popular as a stand-alone meal in an Amish home and more popular as an addition to casseroles and other dishes that maybe could use a flavorful splash of liquid.  So canned soups started showing up in more and more recipes as the century went along.  The canned soups fundamentally changed some of the recipes so that they are aren't recognizable from their original versions.    So if you have a can of condensed soup that has been sitting in your cupboard (and who doesn't?), here are some ways to use it up:

Probably a fairly safe bet you can use chicken in this turkey casserole also, it would be very "chickeny" since it already has a can of chicken noodle soup.  Unless otherwise noted, just assume that these are your standard ol' soup can sizes.

This is just your classic, garden variety Amish rendition of hamburger casserole. This is an easy casserole to make on a busy day.Good stuff!

Print
Ingredients
Instructions
Wordpress Recipe Plugin by EasyRecipe
3.5.3226
And for when yellow squash season arrives, and it is creeping closer: