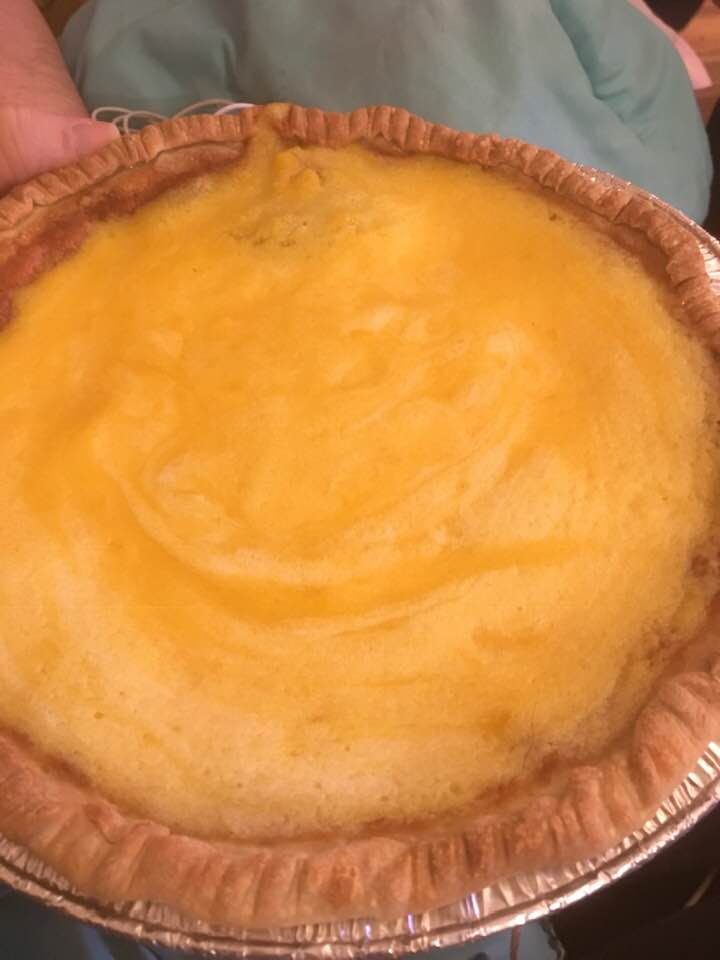 One of these days I'll make it to a Hutterite colony to visit.   Some day.  And when I do I'll be exciting to explore some of their culinary traditions and share them with you.  In the meantime, I do have Hutterite recipes in my archives and my 14-year-old niece, Lorelei, requested some.  There's a school project coming up and she needed some Hutterite recipes for it.  Now when Lorelei made it she said the pie was still really runny after the first 24 hours,but by day two it had set.  My brother thought the pie tasted very good, Lorelei, however, thinks she might have misfired somewhere, but isn't sure where.  This is a good, authentic Hutterite recipe but like many Plain recipes there could be a step left out somewhere, so if any of you try it and decide you like it or, conversely, it doesn't turn out, let us know!  By the way, the name "mile high lemon pie" is a little curious.  Is the pie named so because the recipe works at a higher elevation or is the lemony inside part supposed to poof up and be really high?

Tried this recipe?Let us know how it was!
« Amish in the News: Amish Bakery in Wisconsin, Return to Amish Fiction, Reese's Dessert, and More!
Blogroll: Pinecraft in Winter, Amish Date-Nut Bread, Amish Wedding in Indiana, Catching Up With Mose, and Amish Chocolate Frosting »