My first encounter with Amish raisin pie was a celebratory occasion, an Amish wedding in Indiana. But the food, it turns out, has a much more somber tradition: funerals.

Atlas Obscura has a brief, but interesting, post this week about Amish raisin pie.  The post gives the reasons why raisins became such a funeral staple among the Amish.

Interesting, I'm just not a huge raisin fan so when I first had the opportunity to taste raisin pie I was not overly eager.  But the version that I've had is a custardy, creamy, thick mixture that encases the raisins, so you really don't get overpowered with a bunch of raisins.  In other words, the pie really works.

This is a custard-like raisin pie, one which I am the most familiar with 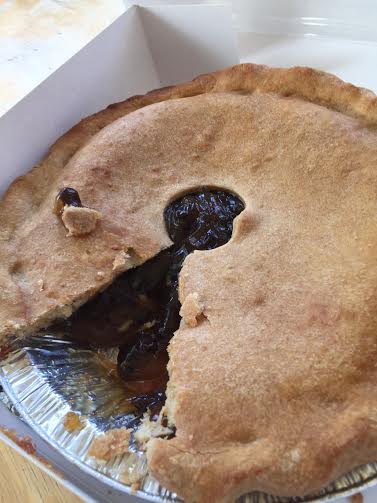 This is another version of raisin pie, one that more resembles mincemeat, this one lacks the custard magic

To make your own raisin pie, perfect in a pinch, try our recipe below!